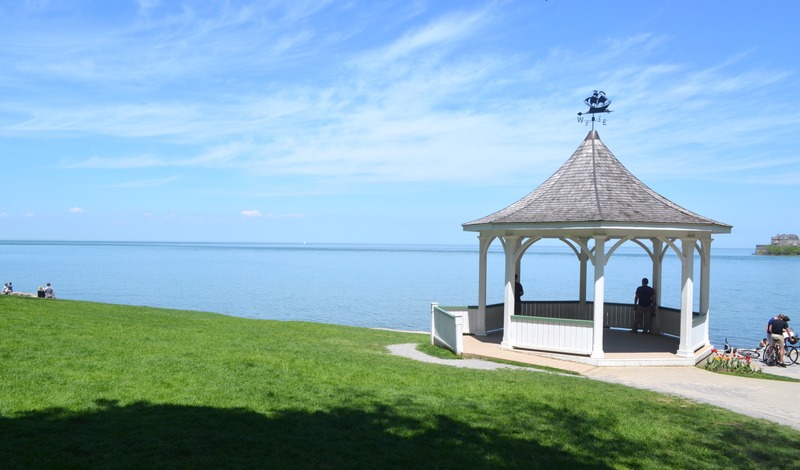 Between 1782 and 1803, there were approximately 30 Africans enslaved in Niagara-on-the-Lake and between 500-700 were held in bondage in Upper Canada until slavery was abolished in 1834.

Chloe Cooley was a Black woman enslaved by United Empire Loyalist Sergeant Adam Vrooman — a resident of Queenston, Upper Canada. On 14 March 1793, Vrooman violently bound Cooley in a boat and transported her across the Niagara River to be sold in New York State. Cooley resisted fiercely, causing Vrooman to require the assistance of two other men — his brother Isaac Vrooman and one of the five sons of Loyalist McGregory Van Every.

Peter Martin, a Black Loyalist and fellow veteran of Butler’s Rangers, witnessed Cooley’s struggles and screams and, along with witness William Grisley, reported the incident to Lieutenant-Governor John Graves Simcoe and the Executive Council of Upper Canada. Grisley, a white resident of Mississauga Point and employee of Sergeant Vrooman’s, was able to substantiate the account of the events as he was on the boat that transported Cooley, but did not assist in her restraint.

However, this was not the first time Cooley fought against her bondage. She regularly protested her enslavement by behaving in “an unruly manner.” She stole property entrusted to her on Sergeant Vrooman’s behalf, refused to work and engaged in truancy (leaving her master’s property without permission for short periods of time and then returning).

At the time of the Chloe Cooley incident, whispers of abolition and freedom circulated in the Niagara area among slaveholders and enslaved Blacks alike. These rumours pushed Vrooman and other slaveholders to liquidate their slave assets rather than lose money on their investments should the reports prove true. William Grisley further testified that he saw another Black person bound in the same manner as Cooley and made light the fact that other slaveholders planned to sell their slaves in the United States.

Lieutenant Governor John Graves Simcoe and Attorney General John White used the Chloe Cooley incident as a means to introduce legislation to abolish slavery in Upper Canada. On 19 June 1793, John White introduced an abolition bill to the House of Assembly, which he said received “much opposition but little argument” from the politicians who were slaveholders. After going through the legislative process, the government brokered a compromise and passed “An Act to Prevent the further Introduction of Slaves and to limit the Term of Contracts for Servitude” (also known as the Act to Limit Slavery in Upper Canada). The members of the legislative body were against the outright abolishment of slavery. They agreed to gradual abolition over two or three generations. Simcoe gave the bill Royal Assent on 9 July 1793.

Chloe Cooley’s defiance garnered attention that triggered legislative change. The Act was the first and only piece of legislation to limit enslavement in the British Empire until 1833, when “An Act for the Abolition of Slavery throughout the British Colonies; for promoting the Industry of the manumitted slaves; and for compensating the Persons hitherto entitled to the Service of such Slaves” (later called the Slavery Abolition Act) abolished enslavement in all British holdings, including Canada, as of 1 August 1834.

*Queens Royal Park and the Niagara River are being used to represent the movement of Chloe Cooley across the River to the united States. The actual events took place closer to Queenston which has been marked by a plaque along the Niagara Parkway.* 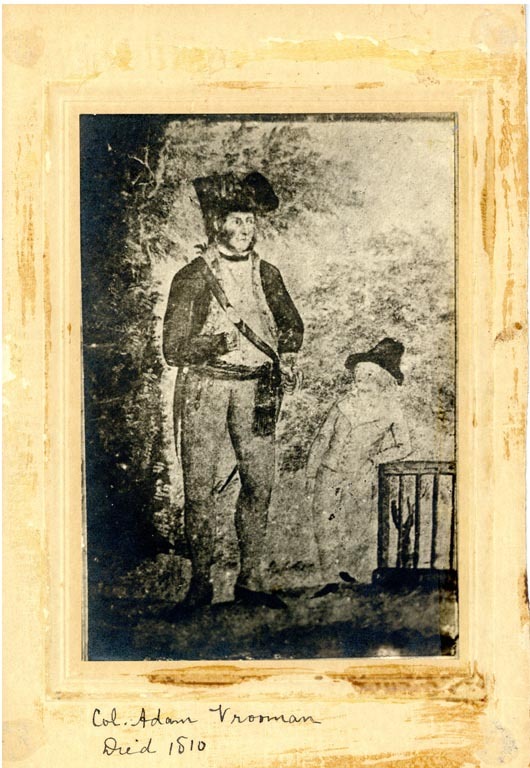 Vrooman was a United Empire Loyalist who served in Butlers Rangers during the American Revolution.

Vrooman had purchased Cooley from Benjamin Hardison of Bertie Township (now Fort Erie, Ontario). Vrooman took Cooley to his farm in Queenston, where she likely worked as a domestic servant. Vrooman enslaved at least one other person, a Black man named Tom. Tom was in Vrooman's possession in 1783, and Vrooman sold Tom to Adam Crysler in 1792.

After the incident involving Chloe, the Executive Council resolved to put an end to the violent removal of slaves and instructed Attorney General John White to prosecute Vrooman for disturbing the peace. Within the next few weeks, White filed charges against Vrooman.

On 18 April 1793, Vrooman responded to the charges in a petition in which he stated that he had:

[...] been informed that an information had been lodged against him to the Attorney General relative to his proceedings in his Sale of said Negroe Woman; your Petitioner had received no information concerning the freedom of Slaves in this Province, except a report which prevailed among themselves, and if he has transgressed against the Laws of his Country by disposing of Property (which from the legality of the purchase from Benjamin Hardison) he naturally supposed to be his own, it was done without knowledge of any Law being in force to the contrary.

This petition confirms that a charge was filed against Vrooman as the Executive Council had recommended. Additionally, Vrooman identified from whom he purchased Cooley, which gives truth to the legality of the buying and selling of slaves in Upper Canada. Lastly, Vrooman’s petition reveals that he provided a defence of ignorance to his sale of Cooley, stating that he did not break the law. The charges against Vrooman were dropped. Cooley and other enslaved Africans in the province were considered property and did not have any rights to defend in court. 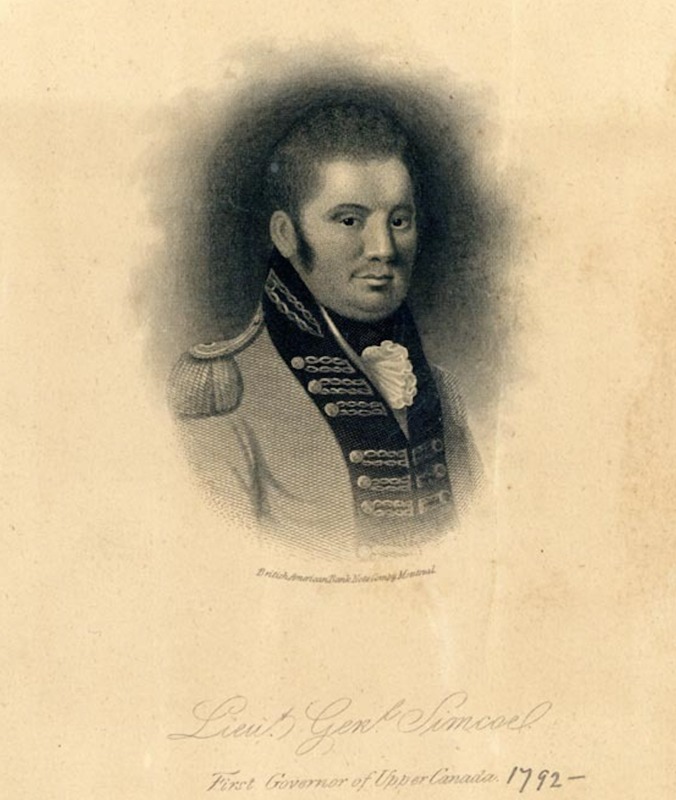 John Graves Simcoe became the Lieutenant Governor of Upper Canada in 1791 and arrived in the Capital of Newark (Niagara-on-the-Lake) in 1792.

Simcoe and Attorney General John White used the Chloe Cooley incident as a means to introduce legislation to abolish slavery in Upper Canada. On 19 June 1793, Attorney General John White introduced an abolition bill to the House of Assembly, which he said received “much opposition but little argument” from government slaveholders. At least 12 members of the 25-person government owned slaves or were members of slave-owning families. The government brokered a compromise and passed An Act to Prevent the further Introduction of Slaves and to limit the Term of Contracts for Servitude (also known as the Act to Limit Slavery in Upper Canada). Simcoe gave the bill Royal Assent on 9 July 1793 and expressed his hope that those who were enslaved “may henceforth look forward with certainty to the emancipation of their offspring.”

No enslaved persons in the province were freed outright as a result of this legislation. For more information regarding the Act to Limit Slavery, see the stop for the Masonic Lodge.

The Act was the first and only piece of legislation to limit enslavement in the British Empire until 1833, when the Slavery Abolition Act abolished enslavement in all British holdings, including Canada, as of 1 August 1834. 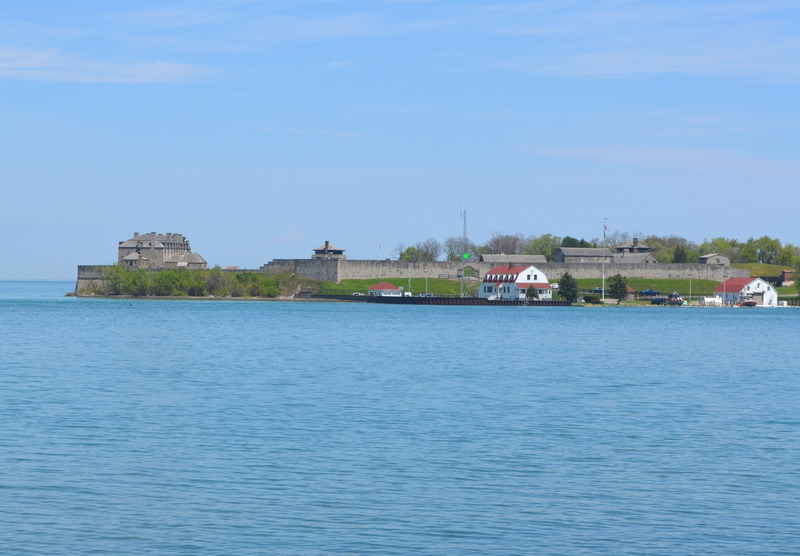 The first stage of colonial settlement occurred from 1780 to 1783 as a temporary arrangement that was designed to provide food to Fort Niagara, the stone buildings that you see across the River, during the American Revolution.  During these years, the west bank of the Niagara River was the headquarters for John Butler and his Rangers, officially known as Butler’s Rangers, and Native allies. When the Treaty of Paris was signed in 1783 it brought about an official end to the American Revolution and recognized American independence.

The Niagara River became the international boundary and many Loyalist refugees fearing persecution or wanting to continue to live under the Crown made their way into Canada. These people were white American colonists, free Blacks, and First Nations allies (mainly Haudenosaunee) who supported or fought for the British cause. It was during this period of relocation across the river that Loyalists brought with them the Africans they enslaved. Early military records document enslaved Africans in Niagara-on-the-Lake as early as 1781.