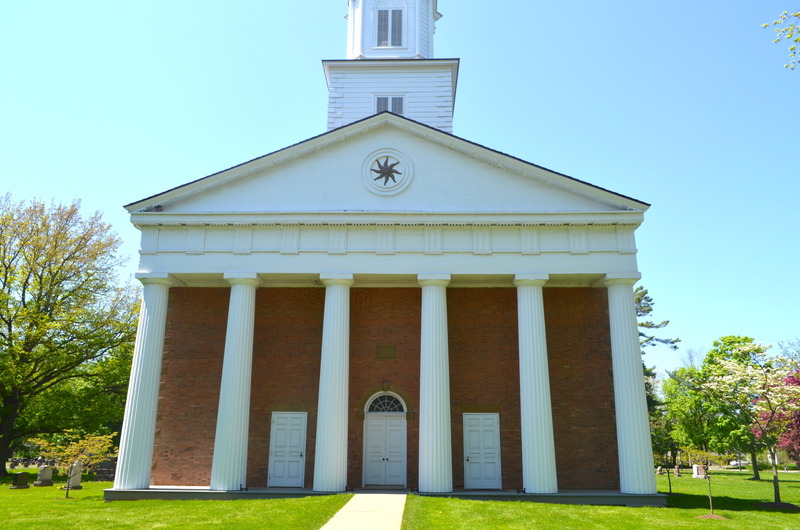 At one time part of St. Andrew’s church schoolhouse was used for the schooling of Black children, which operated until 1843. Mary Ann Guillan remembers attending this school:

“The first school I went to was to a yellow man called Herbert Homes – ‘Hubbard Holmes’ our people called him.  Oh, he was severe. They were then, you know. But he was a fine man and had been educated by a gentleman in Nova Scotia.  He used to drill the boys and when holiday time came he would march us all to a grocery kept by a black woman and treat us all to bull’s eyes and gingerbread.

I went to school upstairs in the schoolhouse of the Scotch church (St. Andrew’s) … for the colored children.  It was a black man who taught it.  How many? Oh, it was full of children.  The benches were slabs, with flat side up the bark of the tree down, with sticks put in slanting for legs. The children all studied aloud and the one making the most noise was the best scholar in those days.”

Holmes was described above as “yellow” suggesting he was light skinned, possibly biracial. He was a popular Baptist preacher and teacher, who may have taught in a mission-type school for Black children. Holmes helped to organize the petition on behalf of the Black community to stop the extradition of Solomon Moseby. He was also said to have been one of the leaders of the crowd at the jail. Sadly, he was killed in the Moseby Affair in 1837.

St. Andrew's Presbyterian Church congregation was formed in 1794 with John Dun as the resident minister. Within a year they had built a church and by 1802 a schoolhouse. American troops burned the church during the War of 1812, claiming that British soldiers has used the steeple as an observation post.

The congregation held services in the school house until 1831, when under the leadership of Reverend Robert McGill, they built this church. Restored but little altered, St. Andrew's is a splendid example of Greek Revival architecture. The church's interior, classically Georgian in design, retains the original high box pews.