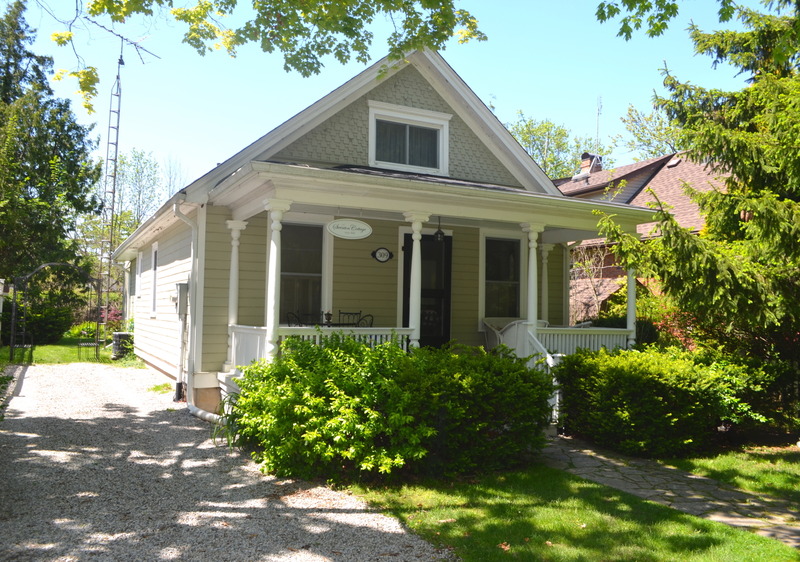 *This is private property. Please respect the home owners and view the home from the side walk.*

This house is located on what would have been lot 153, which was once owned by Winnifred Wesley. Winnifred was the granddaughter of George Wesley and came from a family of Black women who owned various plots of land throughout Niagara-on-the-Lake.

George Wesley was a freedom seeker from Kentucky. He married Harriet Cannon and they had four children – George Jr., Mary Francis, Elizabeth, and Henrietta (Susan). Elizabeth Winnifred, Mary Francis’ daughter, lived with the family after she was born in 1889. They lived across from the Baptist church, which today is 519 Mississauga Street.

Black women, like the Wesley women, engaged in work and economic activities outside of the home to help support their families. Sisters Mary Francis, Elizabeth, and Henrietta, and daughter and niece Winnifred Wesley, worked as general servants and laundresses. Elizabeth Wesley, was listed as a domestic servant in a white family’s home in the 1871 census when she was 14-years old. Aside from working in the family home and on family farms, these were the only kinds of employment available to Black women. Winnifred Wesley did housework and home nursing until she died in 1961.

Harriet became widowed when George passed away in 1893. In 1901 Harriet and her daughters Mary Francis and Henrietta sold a half an acre of the family property that they jointly owned (lot 335). Then in February 1931, Mary Francis transferred property that she owned and received from her late husband John Lawson to her daughter Winnifred (part of lot 361) located at Simcoe and Anne streets. In October 1931 Winnifred inherited a house and lot on Victoria Street from John Thomas Samson (part of lot 153), a Canadian-born man of Scottish descent. It is not clear what their relationship was for Samson to bequeath her his property. In 1935, Winnifred sold the land she received from her mother to property to Bordeaux Wines.

The ownership of property aided these Black women and alleviated economic hardship due to their gender and race. The Wesley women were the heads of the household due to the death of a spouse or because they never married. Land ownership provided them with some financial security. 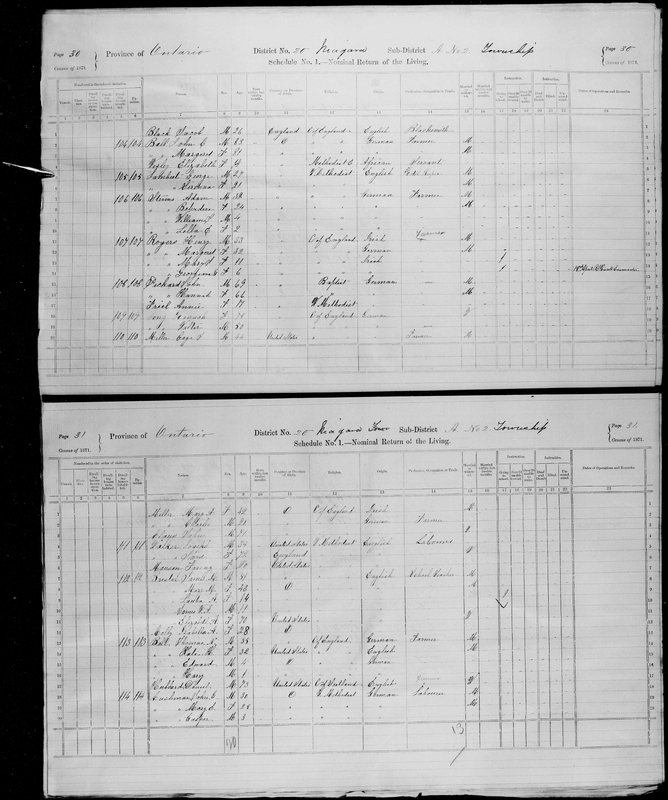 This census record shows Elizabeth Wesley at the age of 14 working as a servant in the home of John Ball.
Elizabeth worked to help support her family even at a young age. Census records like this one provide us with lots of useful information, such as age, birthdays, occupations and religious affiliations. Census records can help us track the different generations of families much like the Wesley's. 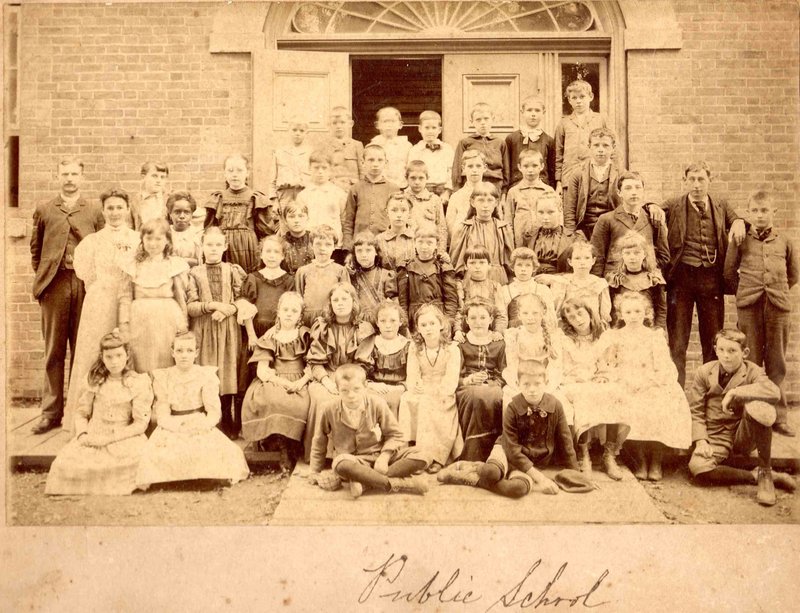 This is a school photo from the Niagara Public School (c. 1895-1905). Winnifred Wesley is on the left-hand side, third row from the top. 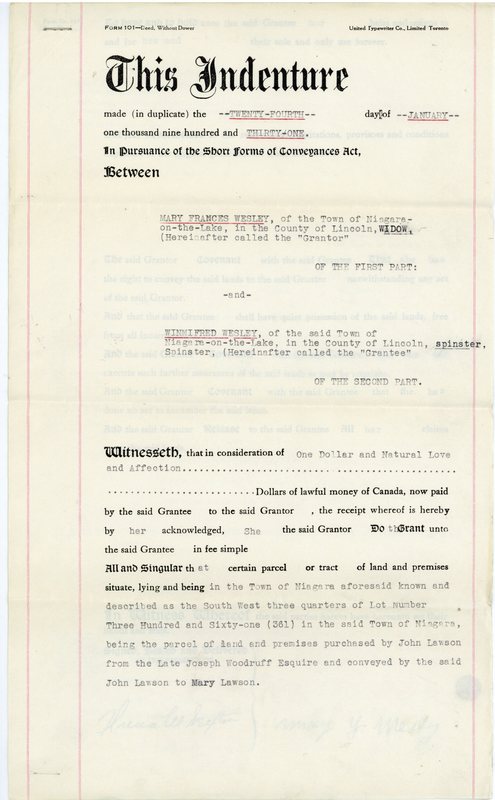 This is the land deed showing the transfer of lot 361 from Mary Frances Wesley to her daughter Winnifred Wesley. The payment Mary asked for was $1 and natural love and affection.

Winnifred went on own multiple properties within the Town.

This is just one of the many land deeds which holds a Wesley woman's name. 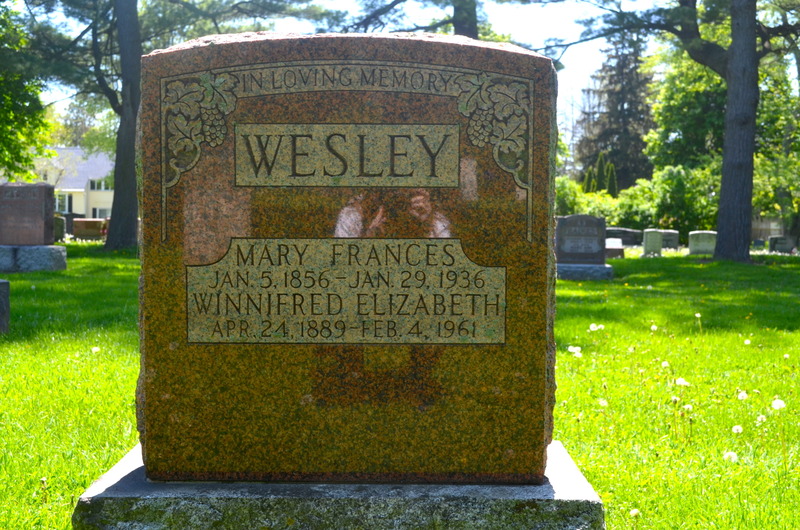 Winnifred Wesley is buried as St. Andrew's Church. She is buried with her mother Mary Frances Wesley.

Her grave lies in the middle area of the cemetery, slightly towards Centre Streets.