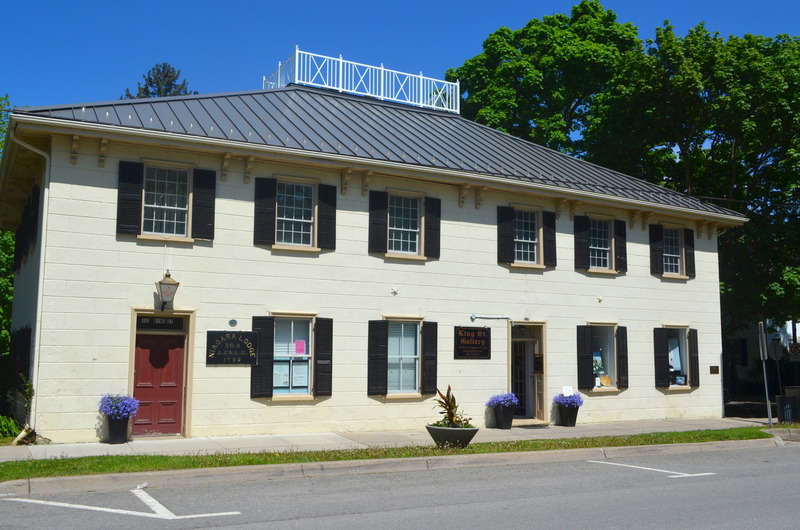 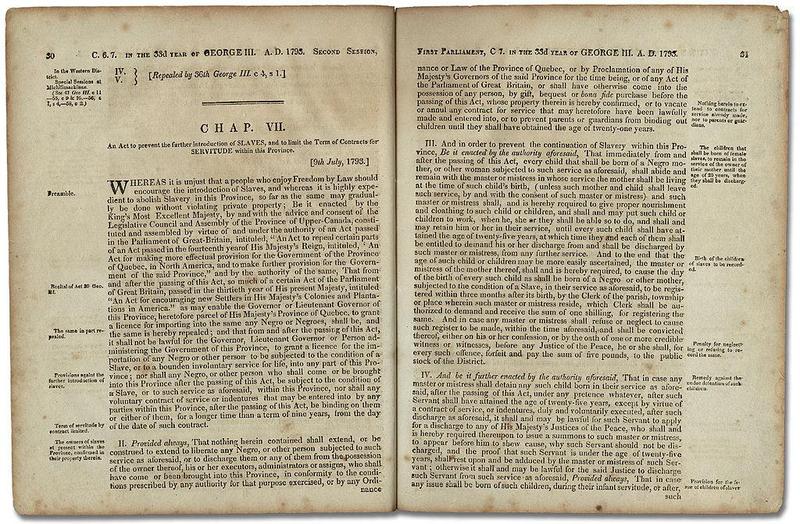 On 19 June 1793, Attorney General John White introduced an abolition bill to the House of Assembly. However, members of the legislature, of whom almost half enslaved Blacks, did not want to end slavery. After going through the legislative process, the government brokered a compromise and passed An Act to Prevent the further Introduction of Slaves and to limit the Term of Contracts for Servitude (also known as the Act to Limit Slavery in Upper Canada). Simcoe gave the bill Royal Assent on 9 July 1793 and expressed his hope that those who were enslaved “may henceforth look forward with certainty to the emancipation of their offspring.” This was the first legislation put in place for the abolition of slavery in the British colonies.

No enslaved persons in the province were freed outright as a result of the enacted legislation.

The Act contained the following points:

The Act prohibited the importation of enslaved persons into Upper Canada
It did not prevent the sale of slaves within the province or across the border into the United States.

The Act stated that enslaved persons who were in the province at the time of its enactment would remain the property of their masters or mistresses for life, unless manumitted (freed) by their owners.

The Act required that former slaveholders provide security for recently freed slaves by ensuring that they were held in trust by a local church or town warden so as not to become a public charge.

This measure encouraged slaveholders to employ their former slaves as indentured servants. The maximum term for an indenture contract was nine years and could be renewed.

Structured as it was, the Act set the course for the abolition of slavery after one generation. 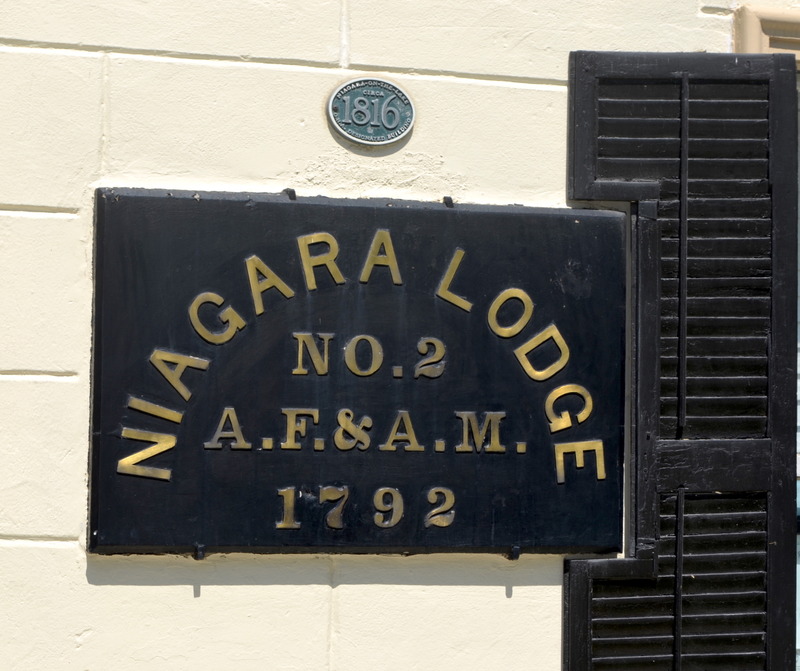 When the land board met in 1791 to layout the town of Newark, they wanted a tavern (public house) and a Masonic Lodge to be built, both were to be constructed beside each other. At this time there were two lodges in the area, Newark (St. John’s Lodge, no. 19) and Queenston (St. John’s Lodge of Friendship, no. 2), but their origin story, like much of Masonry in southern Ontario, originates from Fort Niagara and the Lodges that were established there. When the two lodges amalgamated, they received their warrant as Lodge No. 2, which was issued by Sir William Jarvis, Provincial Grand Master of Upper Canada, in 1795, and the lodge has been in operation ever since. Jarvis spent much of his time in Newark, the First Capital of Upper Canada, as a member of the Executive Council of the Legislative Assembly and was involved in masonry while here. He was installed in 1792 as Grand Master of St. John’s Lodge, no. 19.

When the Act to Limit Slavery was proposed, Jarvis one of the 12 men on the Executive Council who owned slaves, one of them being Henry Lewis. While in Newark, Henry fled his enslavement to New York and in 1798, Henry wrote to William Jarvis requesting that he be able to buy his freedom. Henry wrote, “My desire to support my self as free man and enjoy all the benefits which may result from my being free in a country whear a blackman is defended by the laws as much as a white man is induce me to make you an offer of purchasing myself. … the reason why I left your house is this your woman [Jarvis’ wife Hannah] vexed me to so high a degree that it was far beyond the power of man to support it it is true and I will say in all company that I allways lived as well in your house as I should wish.”