The History of the Vétérans Park 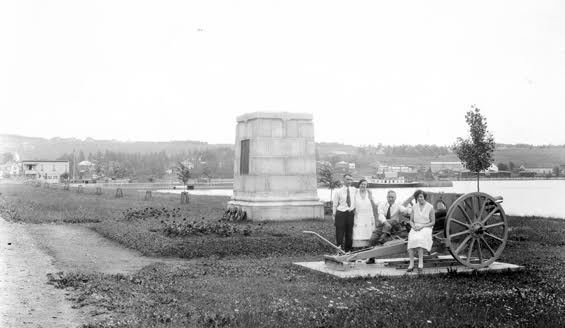 In the early 20th century, there was a thin stretch of land between Mégantic Lake and Lake Avenue, which is now named boulevard des Vétérans. The stretch of land was enlarged during the economic crisis.

This work allowed the creation of the Vétérans Park, which got its name after World War I. There is a memorial to the veterans, erected through popular subscription in 1920, as well as a German cannon seized in Europe in 1915. A long military tradition began in 1936 at Lac-Mégantic with the creation of the B Company of Régiment de la Chaudière, at the behest of the federal government.

At the earliest moments of land settlement, the lake was the major circulation route for goods and passengers until the turn of the 20th century.

Music Concerts in the Park 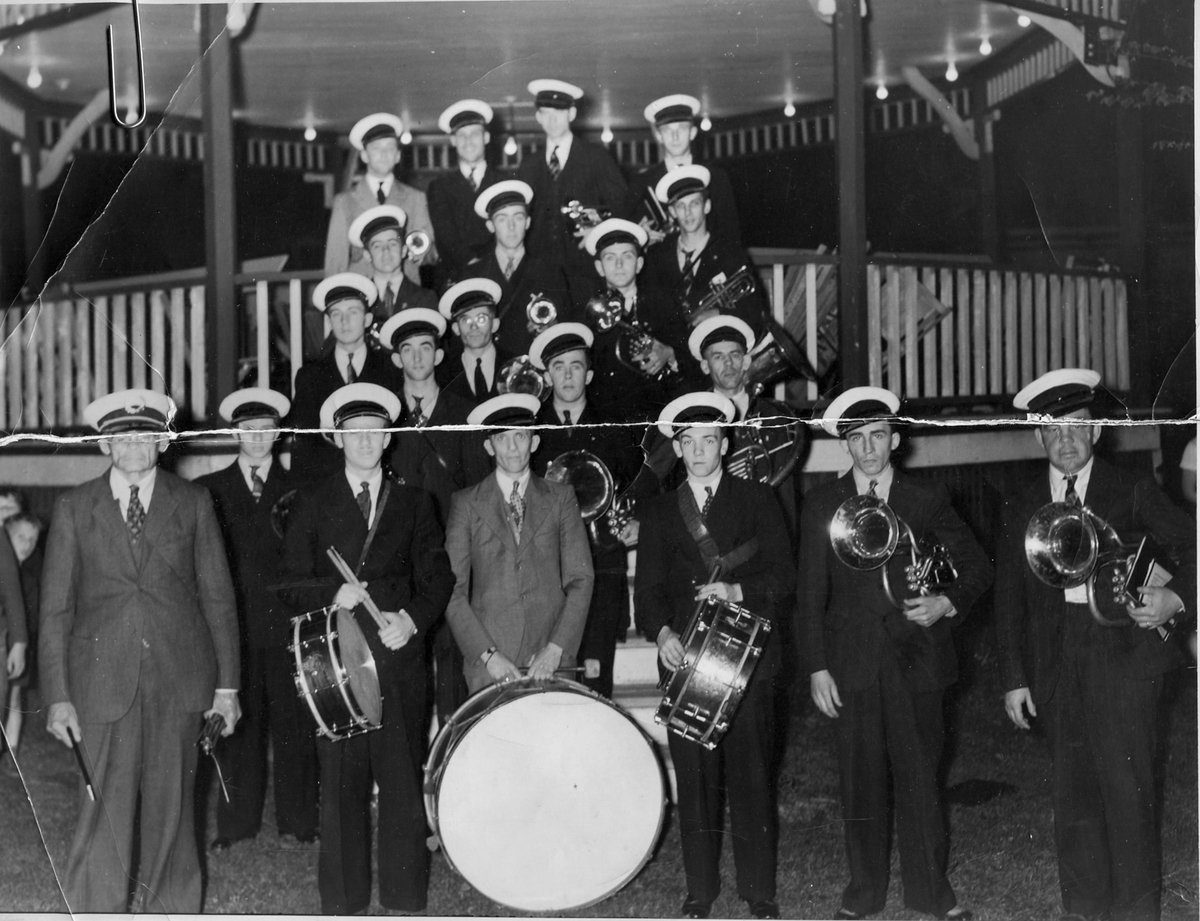 Used to organize music concerts, the gazebo exists since 1902. Imagine the open-air concerts given by the philharmonic fanfare of Lac-Mégantic, founded in 1894!

The park is a very busy place with a lot of activities held mainly during summer time: the Saint-Jean-Baptiste celebrations, the Lac en fête festival, the Traversée internationale du lac Mégantic, as well as all of the Entre chien et loup concerts, every Thursday night during the summer.

The park was substantially spared by the 2013 tragedy but was closed for two years. In 2015, citizens were happy to regain access to this green space. 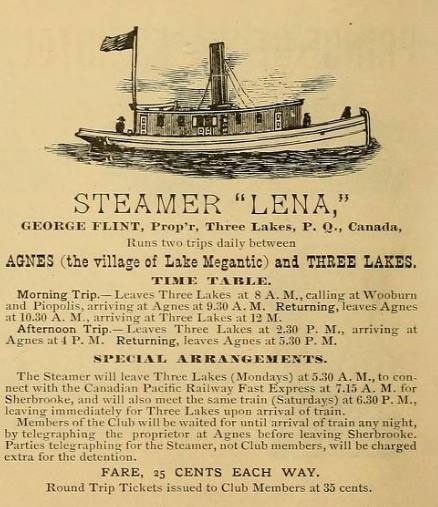 Because of its central location, the Mégantic Lake was used for passengers, light goods and mail transportation. However, the first steam boat, the Lena, was built in 1881, primarily to support the wood industry.

The Campania and the Jubilee followed and were used by residents of Lac-Mégantic and people from surrounding waterfront villages.

Communications in the Past 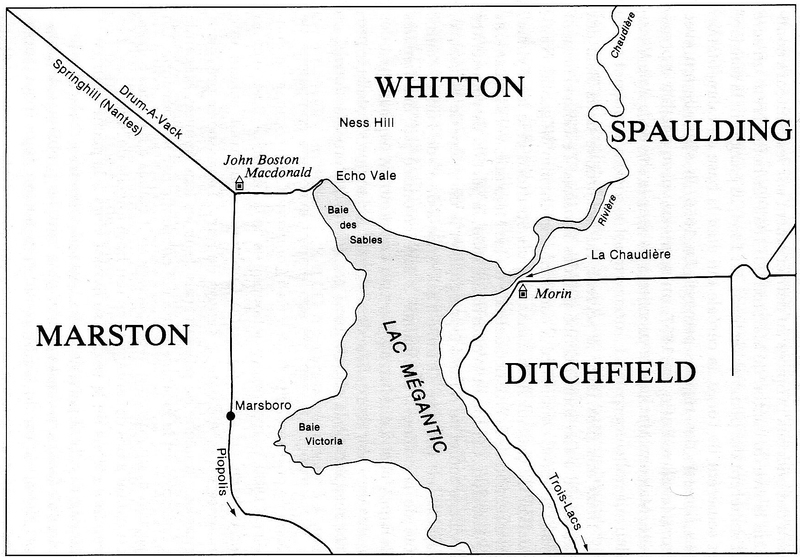 Two shots were fired to inform people from Baie-des-Sables (Marston). This was a signal for them to send a boat to pick up passengers or goods at Agnès (Lac-Mégantic). 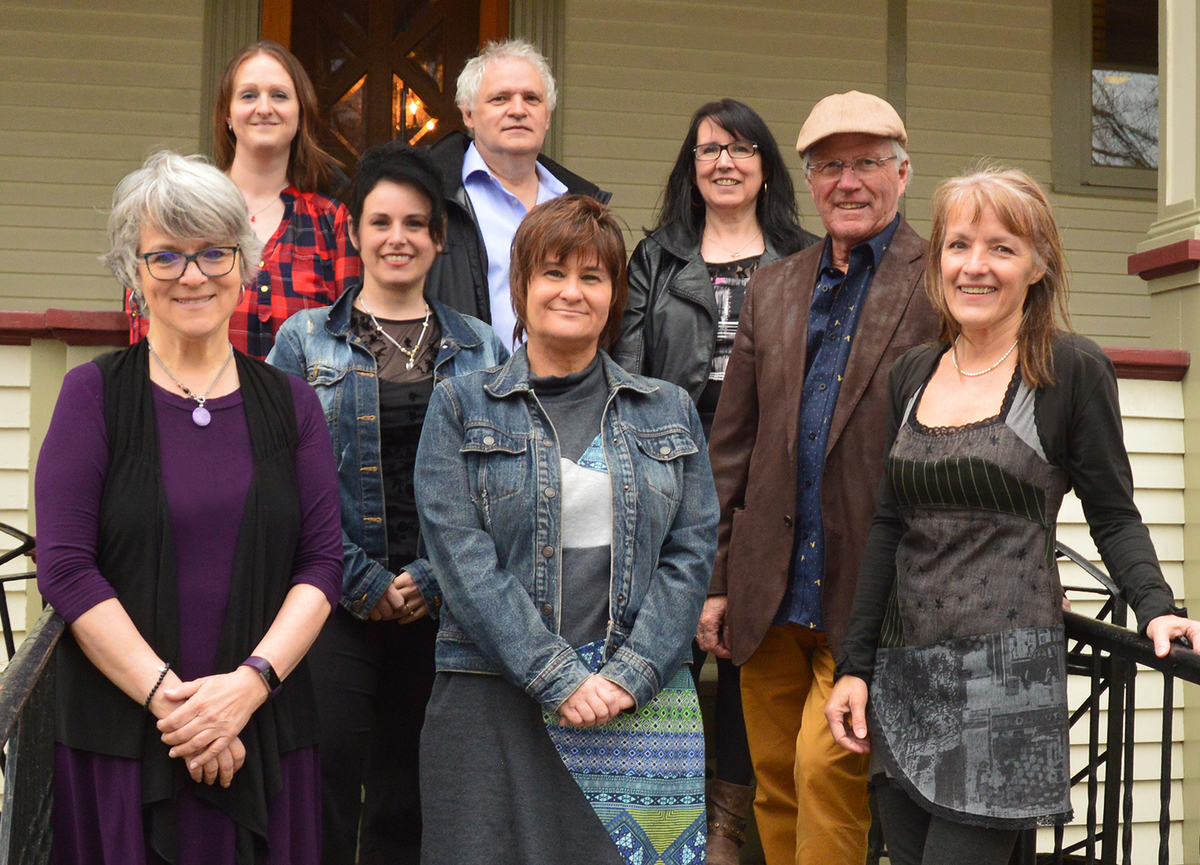 For generations, L’Écho has been a privileged witness of the local history, safeguarding the collective memory of the whole region.

Founded in 1929 by J. Édouard Fortin, the newspaper was sold in 1931 to Louis Philippe Poulin, journalist from Beauceville and proud defender of the French language. Suffering from blindness, he was admirably supported by his wife, Madeleine Drouin Poulin. She ran the business after the death of her husband in 1967, helped by her son Gaétan who took on the role of director of the newspaper. His wife, Lorraine Giguère, chose to work with him, adding a personal touch to advertising material. As a proud editor, Gaétan Poulin was able to embody the ethos of integrity and respect that were deeply important for the family business at the turn of the 21st century. He managed to preserve the independence of the newspaper despite the turmoil in the media industry. His daughters, Danielle and Suzanne, joined the business and undertook an electronic shift.

The Poulin family hired remarkable employees who are talented and passionate people. Their contribution is a daily testimony of their sense of belonging. The current team participated in the development of numerous projects with continuous improvement in mind. Journalistic expertise, quality writing and analytical skills position L’Écho de Frontenac is a reference of choice regarding regional information.

L’Écho de Frontenac is always there to reflect the reality and concerns of people from the MRC du Granit, and beyond the Mégantic region.

You wish to read about important historical moments of the region?
We invite you to come see the theme panels in front of our office at the address: 5040, boulevard des Vétérans.