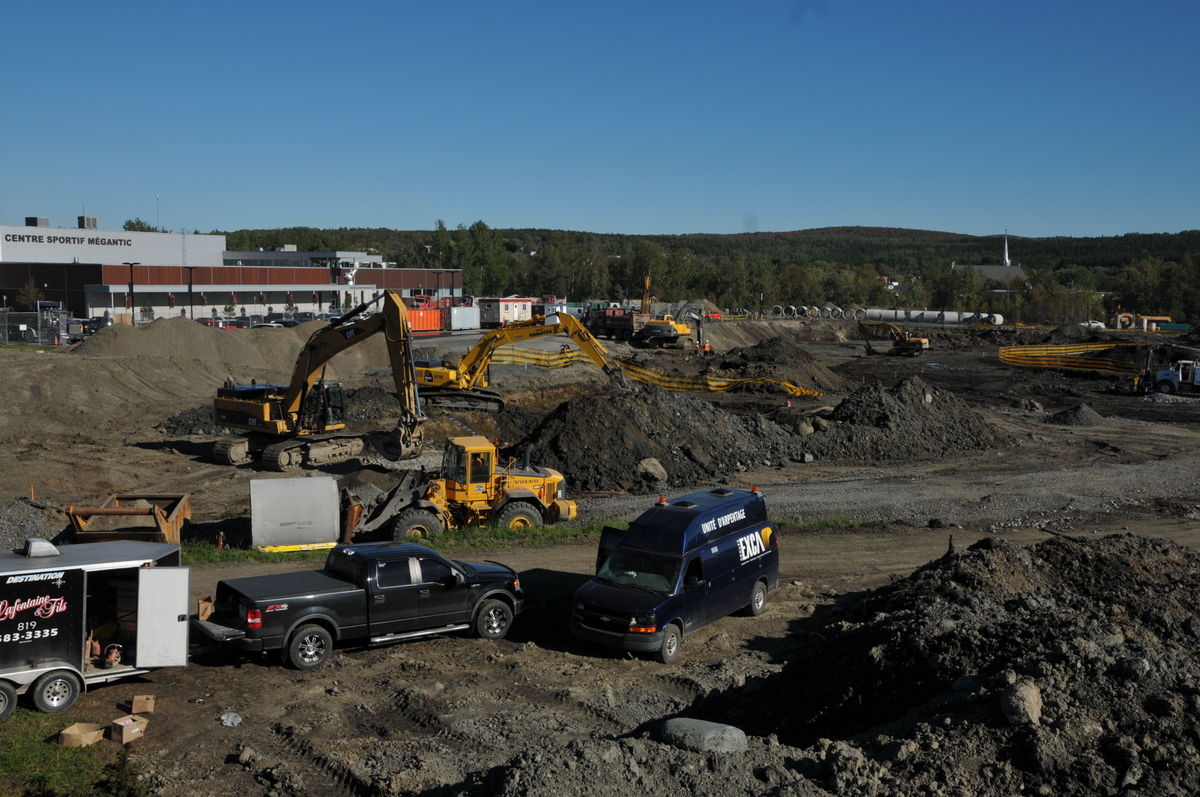 In the emergency to relocate nearly 100 businesses, the construction of the Promenade Papineau began in the autumn of 2013. Lac-Mégantic had to construct and develop a whole street with all services included.

The affected merchants wanted to resume operations quickly – not knowing how long the decontamination of rue Frontenac would take. 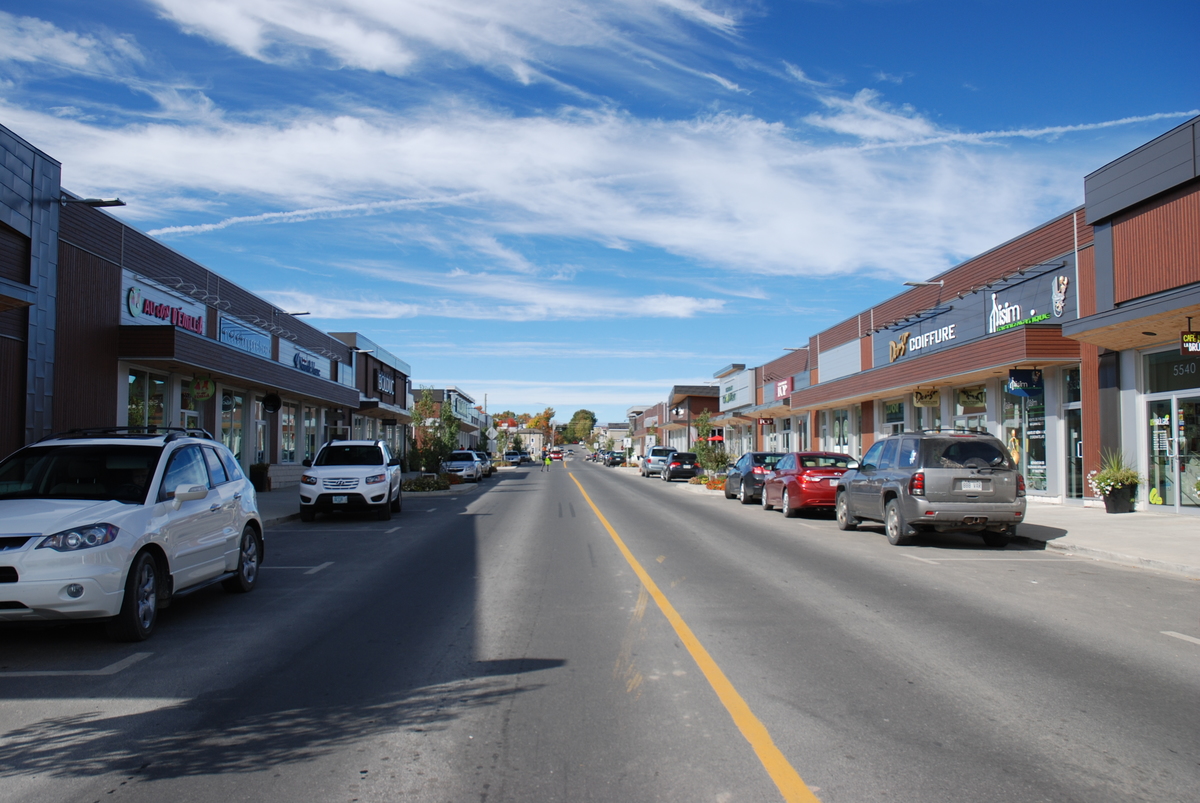 Only a few months were necessary to build the street and buildings. In spring 2014, the first businesses opened and the street became popular.

With the sports centre behind, this part of town will become busier as time goes by.

One of the Oldest Businesses of Lac-Méganitc 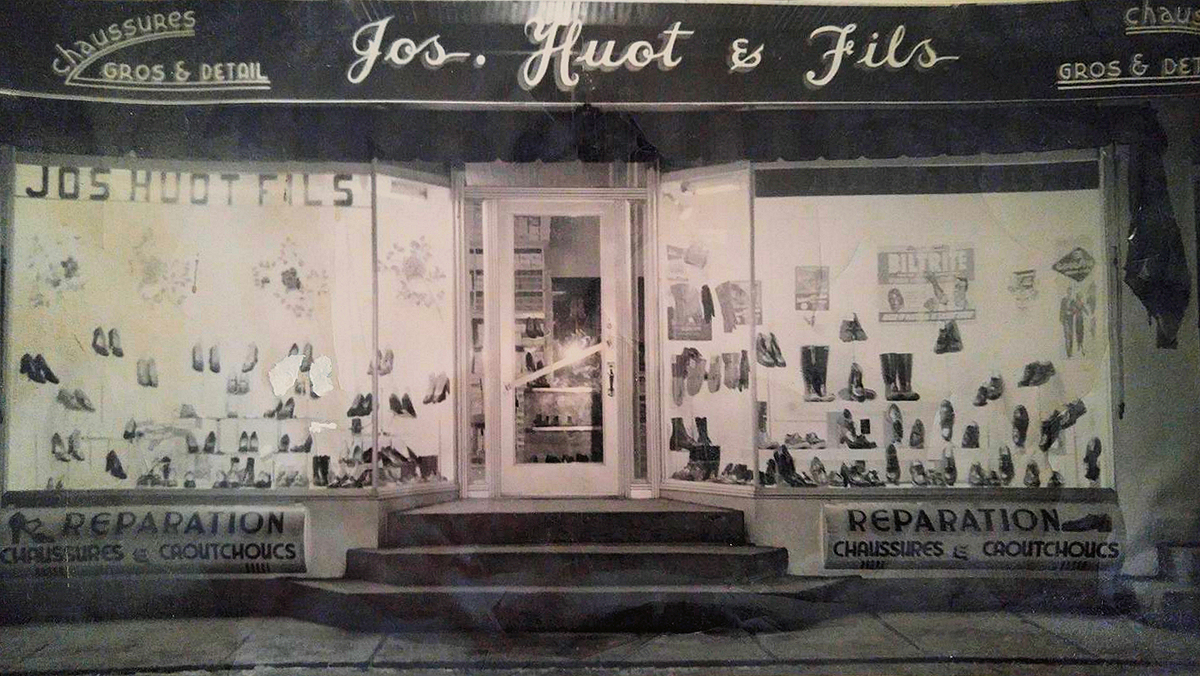 Jos Huot Limitée, shoemaker and shoe store, is one of the oldest businesses of Lac-Mégantic. This family business has a long-lasting tradition. The store, as you might expect, helped many families to find shoes since its establishment in 1890.

Several generations have succeeded one another and finally Jean Lacroix and his wife Josée Huot (founder’s great-granddaughter) took up the torch in the 1980s. The owners then joined the Chaussures Pop banner.

After the derailment in 2013, Sonya Bolduc bought the business and relocated it on Promenade Papineau.

A Nice Pair of Shoes for the Star Walker 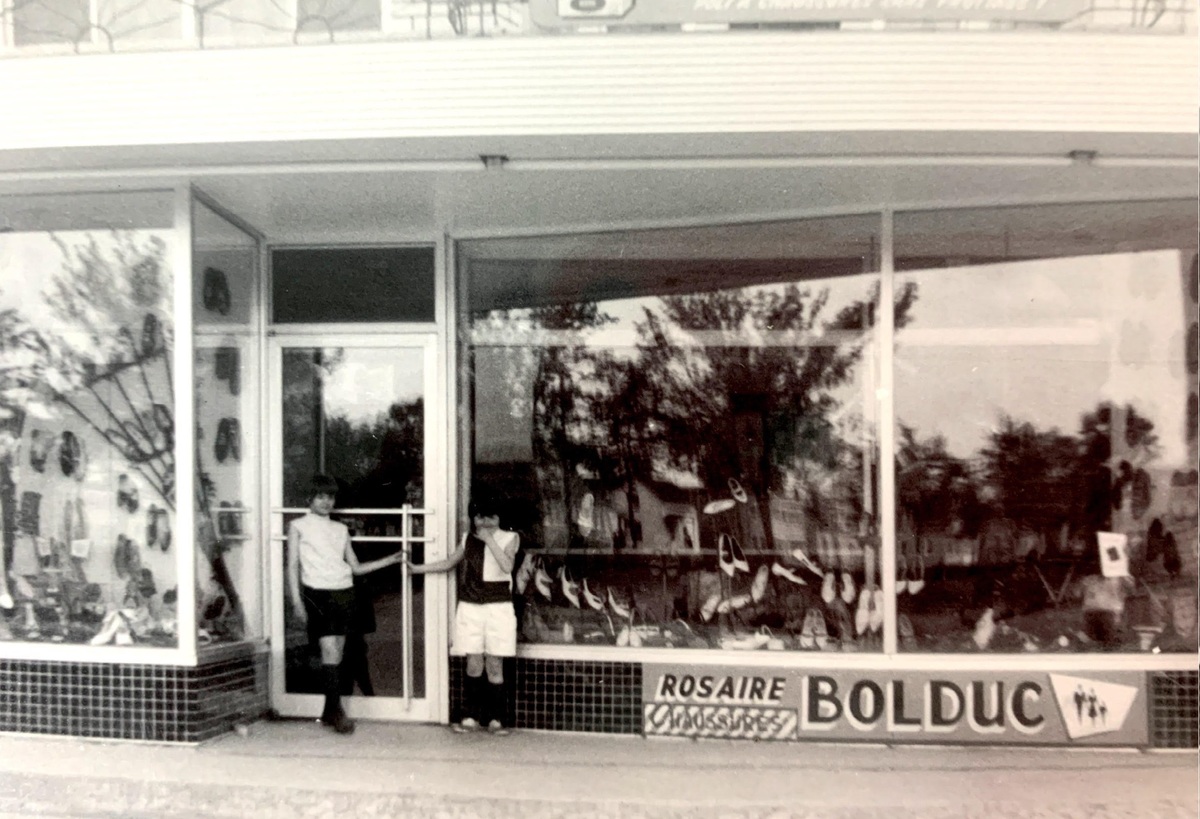 Bolduc Chaussures was founded in 1945 by Rosaire Bolduc, his wife and their children, who grew up in the store. At first located in the Fatima area, the store moved on rue Frontenac.

In 1975, following the early death of his father, Denis Bolduc took over the store despite the fact that he was studying away in another field. Young and dynamic, he kept up with the market trends and added a sports department.

After so many years of accomplishments, Denis Bolduc leaves his knowledge and his foot orthosis expertise to Julie Cloutier for the future of the brand.

Bolduc Chaussures will celebrate 75 years in 2020.