One of the First Hotels 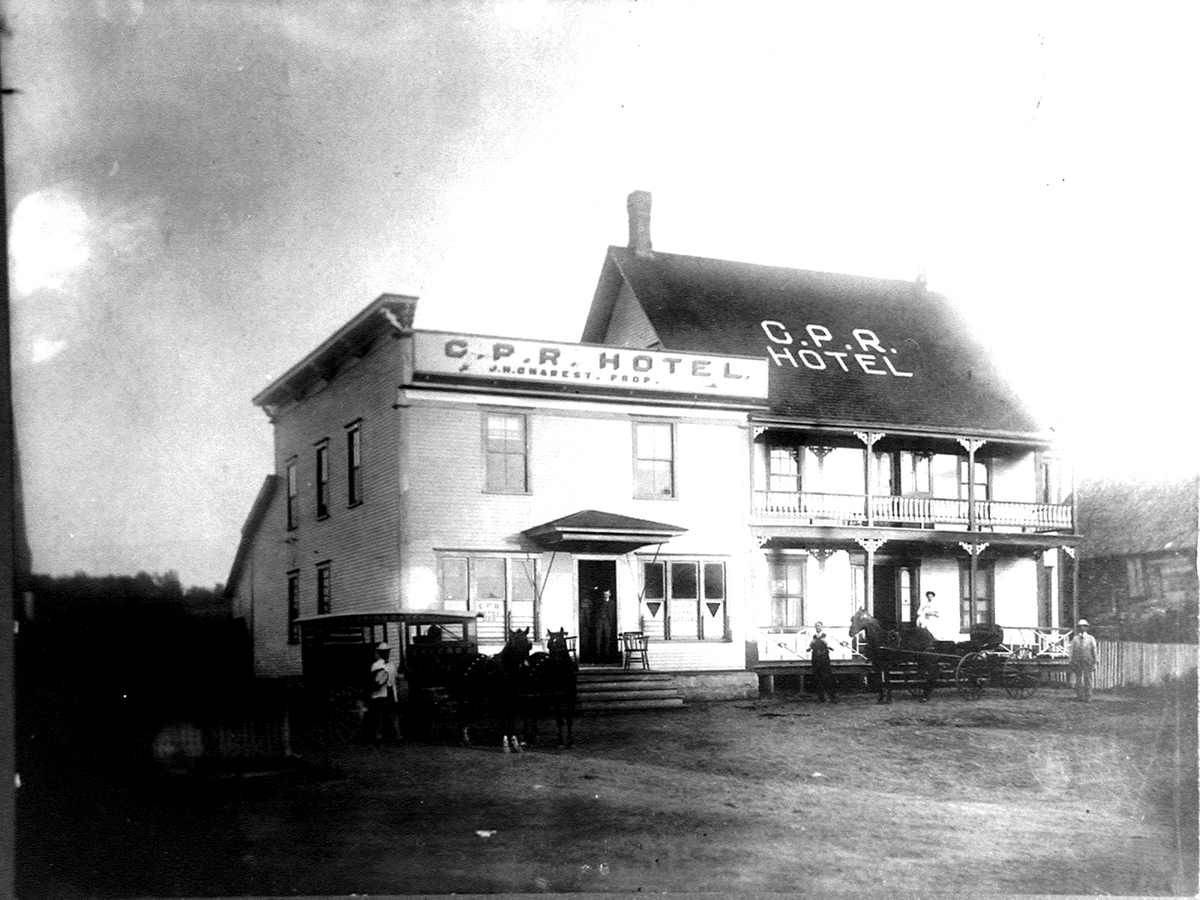 The last building on the left before the overpass is a former hotel, the CPR (Canadian Pacific Railway). This is the oldest building still standing in the town as well as one of the first hotels of the place.

Pierre Hébert built it circa 1880. Clients were primarily travellers and railway employees. At the time, it was named Hôtel Pierre Hébert.

In 1875, the population required a new Catholic mission. Awaiting the opening of the first church in 1883, Hôtel Pierre Hébert hosted the first masses in Lac-Mégantic, which were officiated by Abbot Jean-Baptiste-Adrien Cousineau. The nearest church at the time was in Piopolis and was accessible by the lake (14 km) or by the roads (19 km). 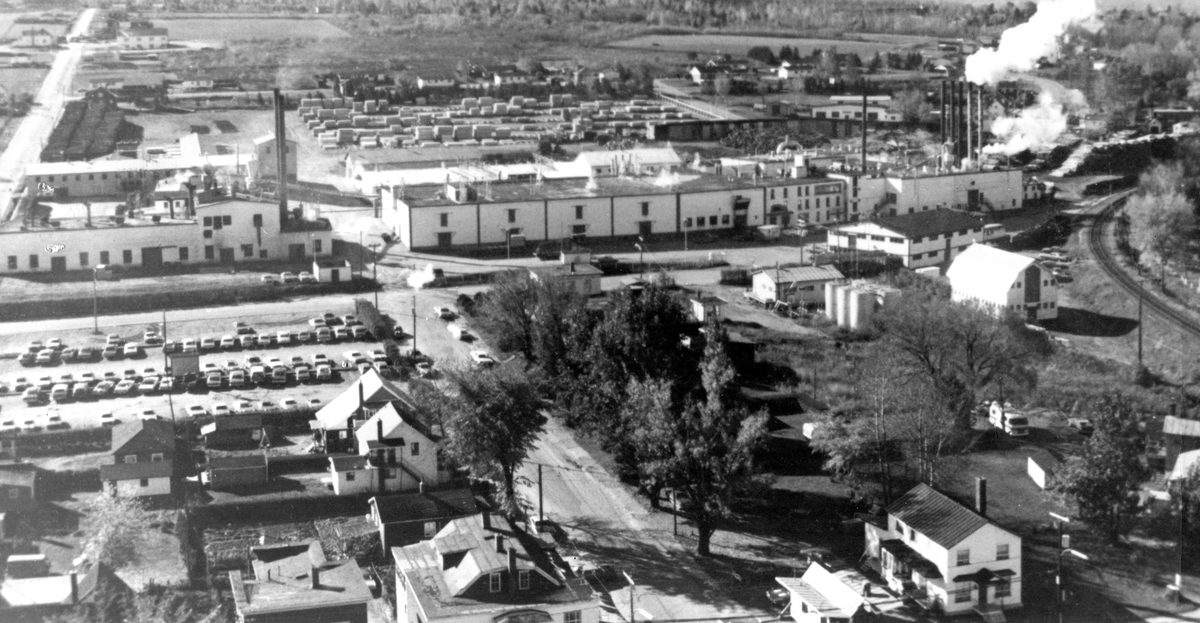 The southern sector of Lac-Mégantic, the working-class district, is the first one to be developed. At the turn of the 20th century, a few businesses settled there, including Megantic Manufacturing Company, renowned for brooms and clothes pegs production, as well as Torpédo, a manufacturer of toboggans and cars for kids. 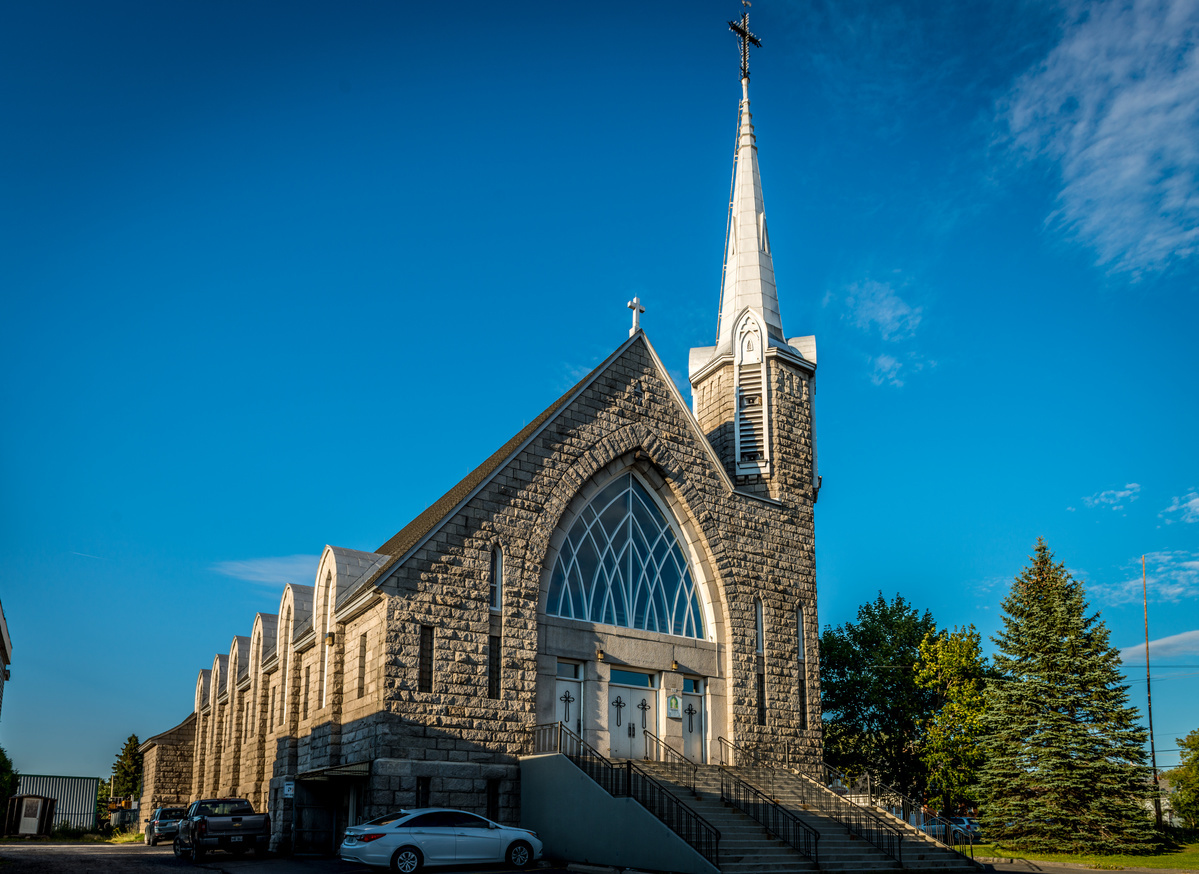 In the 1940s, the population of this sector grows from 870 to 1,278 inhabitants. The construction of a new church was then necessary: Notre-Dame-de-Fatima parish was founded.

Before the church opened in autumn of 1948, the divine offices are celebrated at the Sainte-Agnès Church and later in a premise lent by J.-Émile Cloutier, a merchant of the time. The park in front of the marina was named after him to highlight the numerous years of his community involvement.

In 2014, the necessity to preserve two churches in Lac-Mégantic was questioned due to the low attendance level at Notre-Dame-de-Fatima Church. With no other vocation found, the church was demolished in April 2014. Metro Plus Centre-ville grocery store now sits on this location. 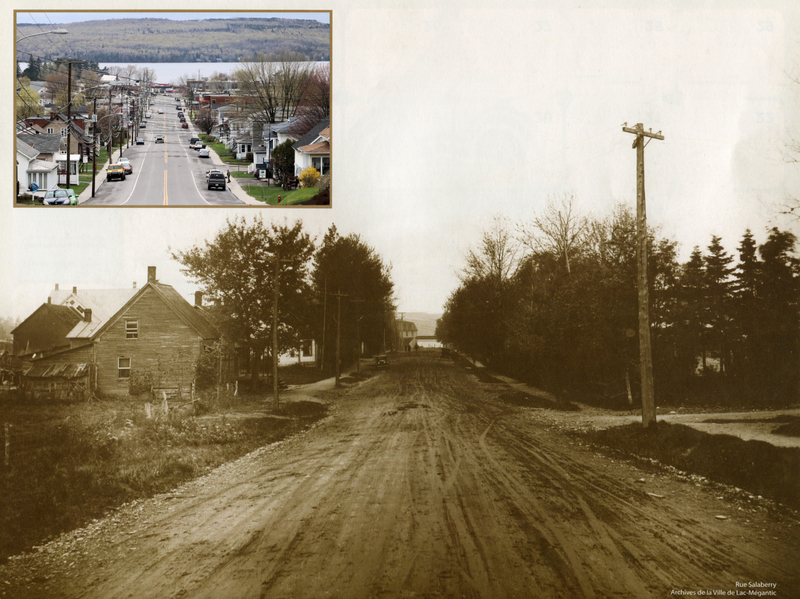 The main artery of this Lac-Mégantic district, rue Salaberry offers a magnificent view of the lake toward downtown. Because of the length and the extent of the decontamination work following the 2013 derailment, commercial activities from the historical downtown had to be relocated. Two peripheral sectors were targeted, including Fatima.

Rethinking the configuration of the new downtown, Lac-Mégantic decided to unify the two districts: Mégantic on the northern bank of Chaudière River and Fatima on the southern bank.

The loss of the church, the advent of large retail stores and other service businesses rapidly changed the face of this district.