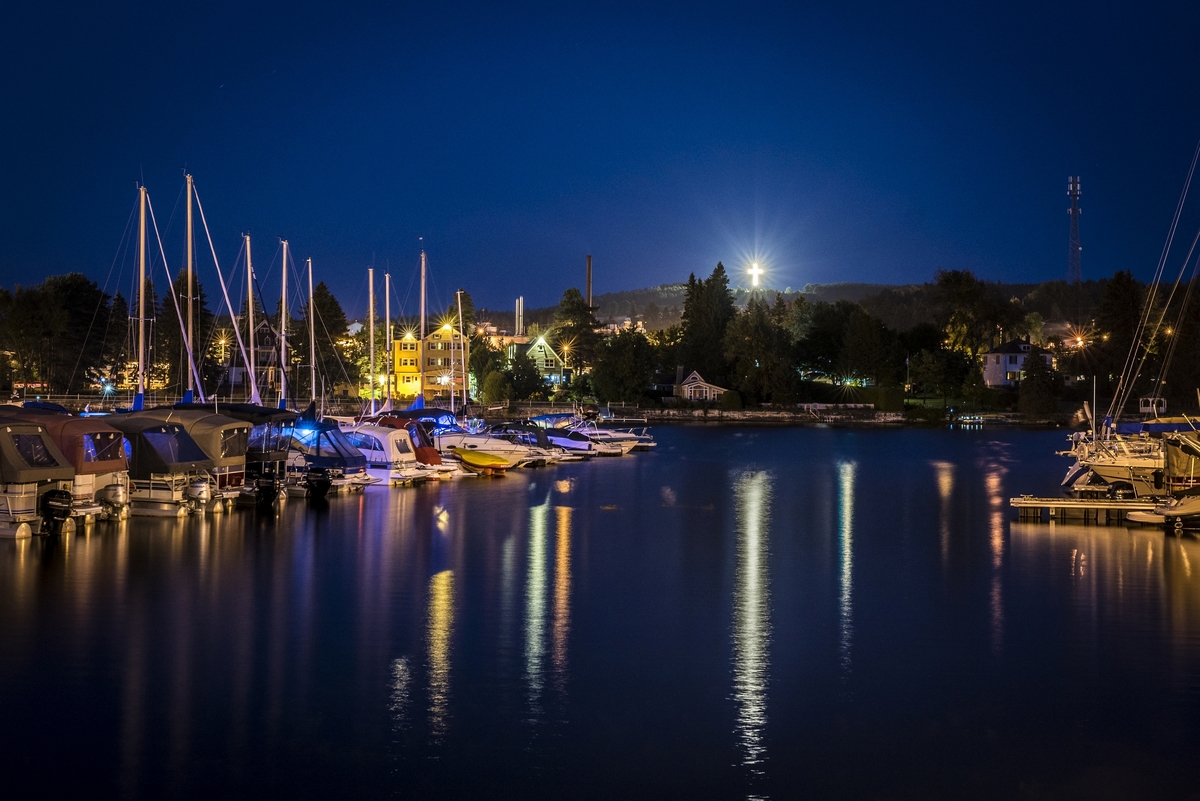 During the Jubilee of 1950, Pope Pius XII expressed the desire to see crosses rise on roads and summits. The Pope’s intention enthused Lac-Mégantic’s population, who formed a committee to set up a cross on the site named “la côte à Nicol” (Nicol’s hill).

The committee was composed of 20 of the town’s notables and businessmen, including Philibert Cliche, president of Megantic Manufacturing Company.

A public subscription was organized, which allowed to collect $1,500. Mr. Cliche bought the land and organized the land development via his company. The cross was also built in Mégantic Manufacturing Company’s shop at the end of 1950.

The cross is 21 meters high and 9.5 meters large. Its first illumination was on December 16, 1950. It comprises around 100 light bulbs, which were red at the time.

The cross blessing, headed by His Excellency Most Revered P.S. Desranleau, diocese’s archbishop, was held on Sunday, August 12, 1951 in front of a crowd of citizens and a number of dignitaries of the surroundings. Lac-Mégantic acquired the location in 1989 with the aim of creating a park.

Agnès, As Seen From the Heights 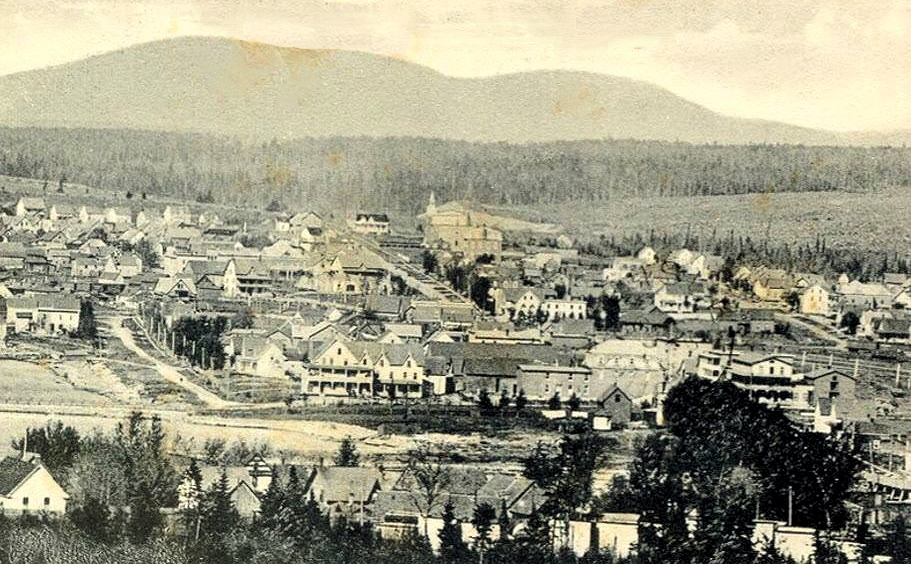 Since forever, we have a breathtaking view on the town from the summit of the Montagne de la Croix. Mont Sainte-Cécile rises in the background.

Halt on the Summit Drive 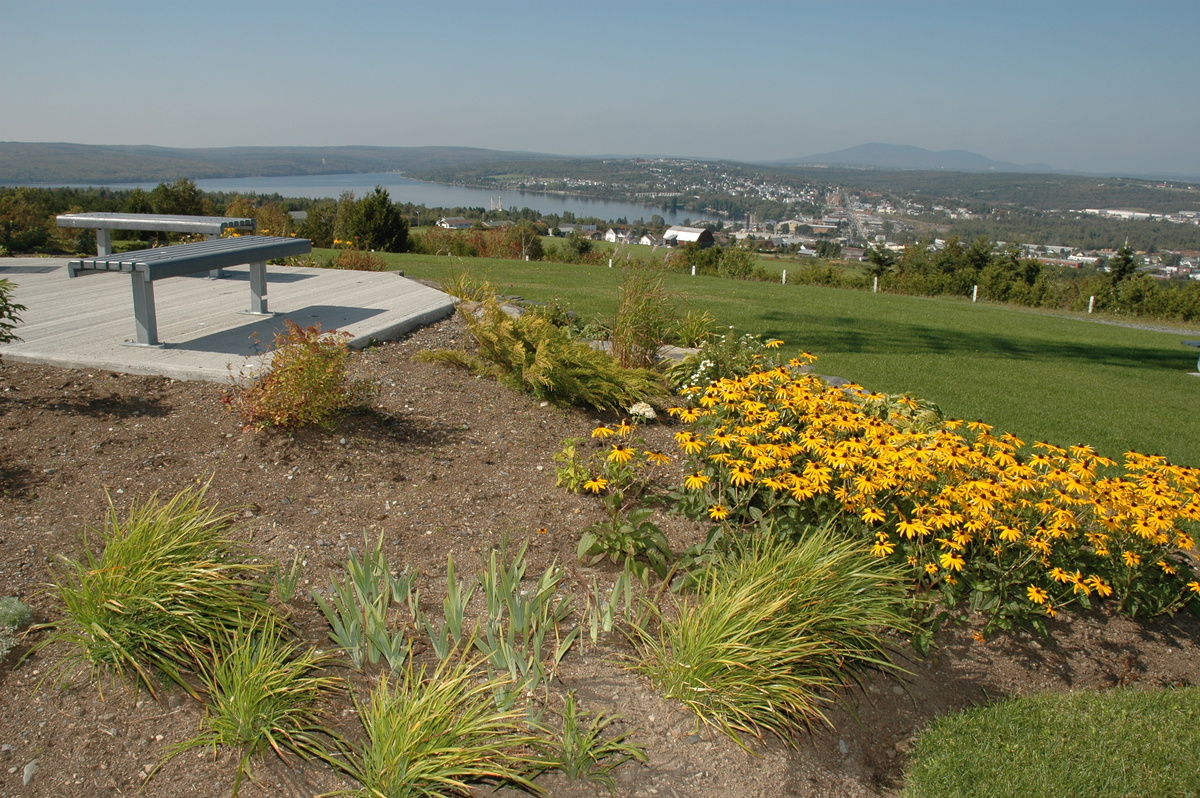 Tourist halt along the Summit Drive, the Croix lumineuse Park offers a breathtaking lookout on the Mégantic Lake and the surrounding mountains. At 500 meters of height, you can admire the town of Lac-Mégantic. The perfect place for a picnic.

In the middle of the first International Dark Sky Reserve, the Summit Drive beckons you to discover stunning panoramas with impressive mountains, majestic lakes and starry sky.