The Arrival of New Nuns 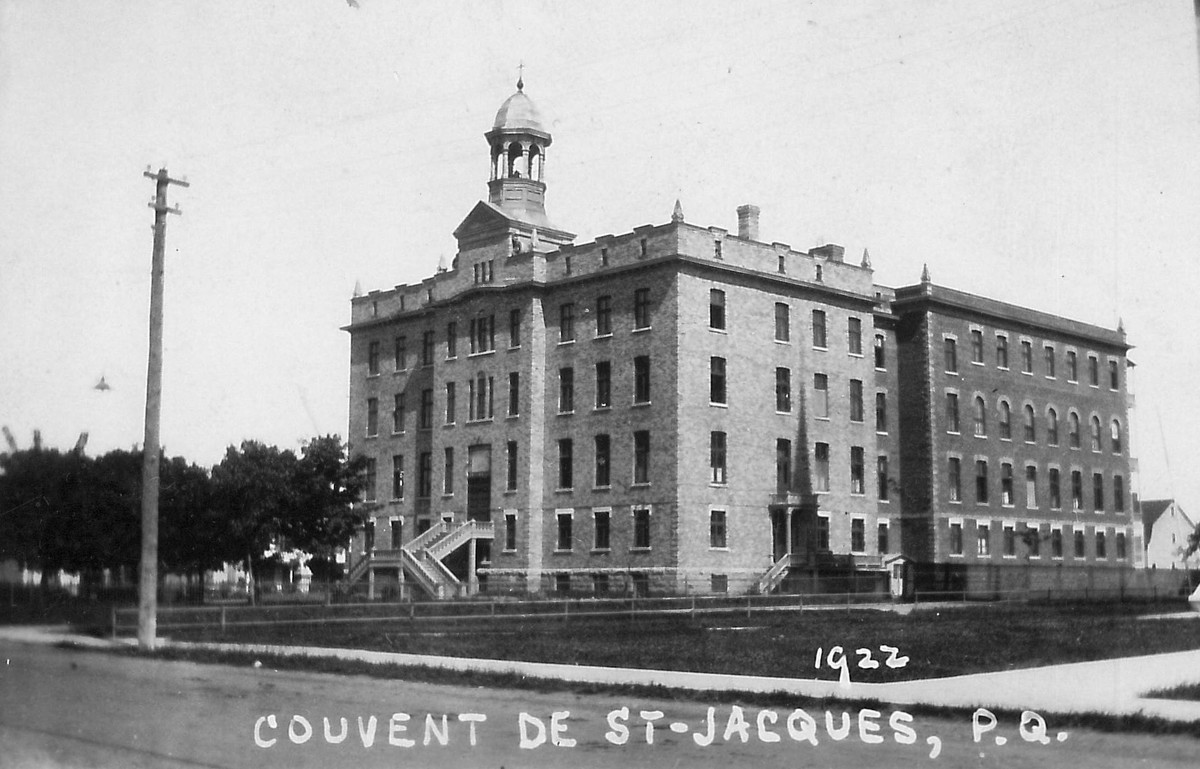 The Sisters of Saint Anne, saddened to leave Vaudreuil, were later thanking the Divine Providence that led them to such a well-established institution. […] It was not long after that the parish and its venerable pastor rejoiced at the arrival of new nuns.

The former convent of the Sisters of Saint Anne is the fourth conventual building at this location. A first two-storey stone building is built in 1840-1841. The Sisters of the Sacred Heart are the first ones to occupy the premises, where they teach local young girls for a decade. The Sisters of Saint Anne take over in 1853 by establishing a residential and a day school, as well as their mother house. At that time, the order is led by its founder, Mother Marie-Anne, born Esther Blondin (1801–1890). Due to a lack of space, the mother house is transferred in the new noviciate of Lachine, in 1864.

The Congregation of the Sisters Becomes the Owner 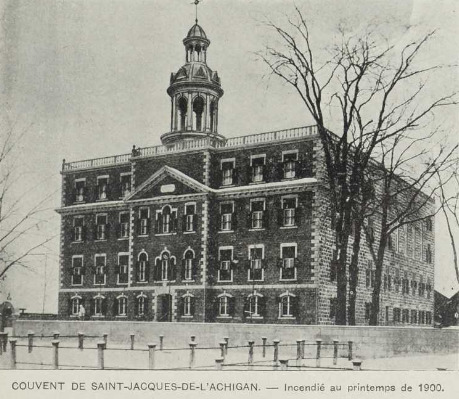 Five years later, the Congregation of the Sisters of Saint Anne becomes the owner of Saint-Jacques convent, as well as the outbuildings and the lot. The institution serves a large territory around Saint-Jacques.

In 1900, this first building is replaced by a new one, which burns down just a few weeks after its completion. Its reconstruction is immediate, but the new convent is also engulfed in flames in 1912. 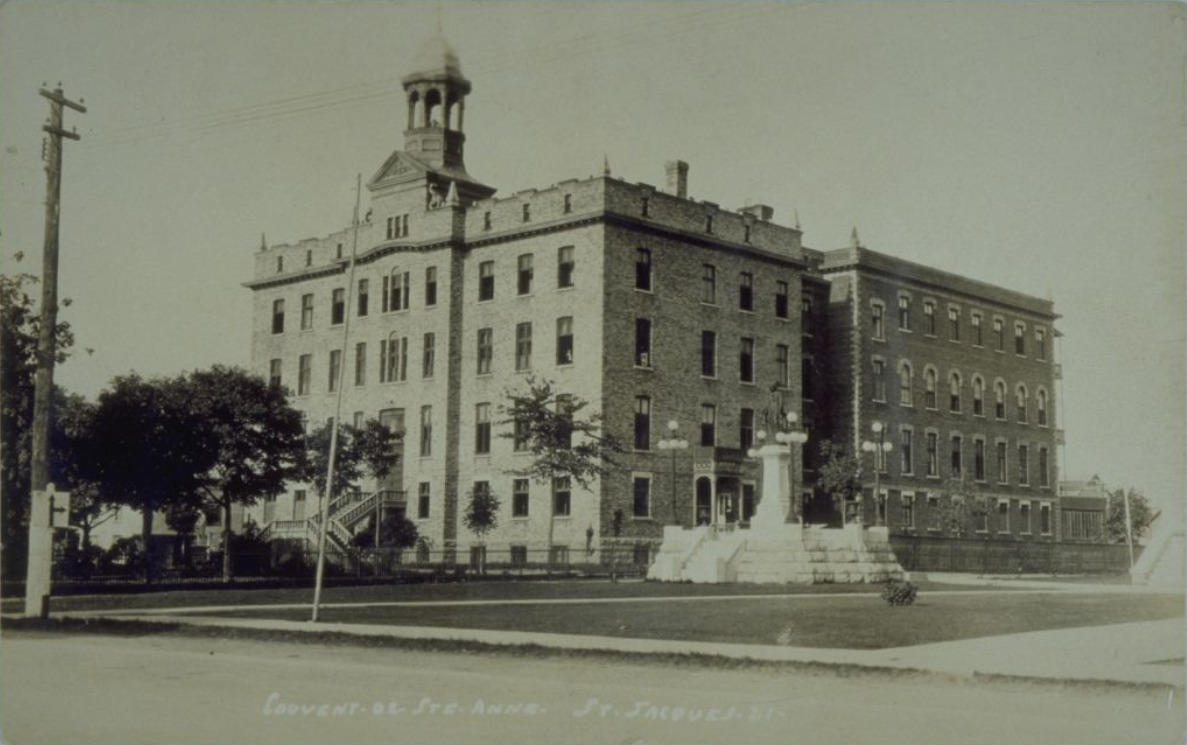 The present building is built the following year, according to plans by the architect Louis Caron (1871–1926). By the end the 1920s, the Sisters of Saint Anne take a new direction: they are now offering a Home Economics class. The institution stays in the building until 1949. A school is then built outside the village. Some premises of the convent are rented to the school board as classrooms, and others to the Institut familial to accommodate students. In 1991, the building becomes the Horeb Saint-Jacques, a spiritual healing centre offering pastoral activities. The Sisters of Saint Anne are still involved within this organization. 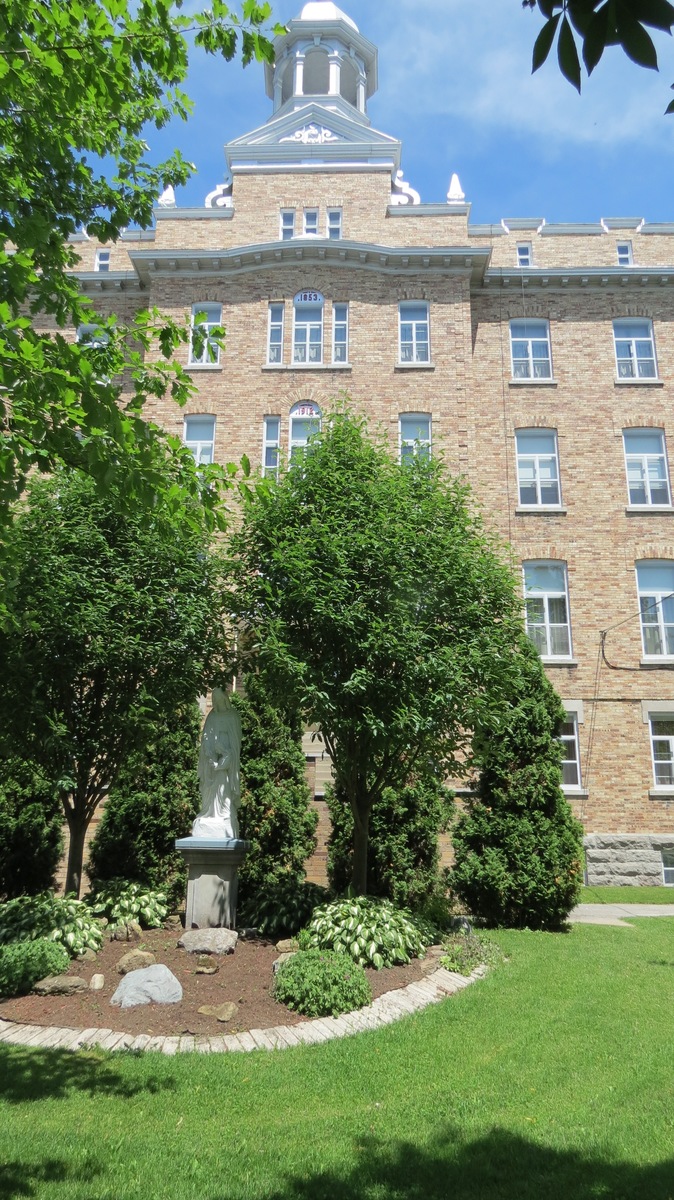 The architectural and historical specific features of the former convent of the Sisters of Saint Anne include, among other things:

- Its massing, which consists of a L-shaped plan, a five-storey elevation (including the attic of the main wing), a stilted base, a flat roof, a central avant-corps and a campanile topped by a polyhedral dome;

- Its materials, such as the red and yellow brickwork, the base stones, the ornamental and architectural elements, as well as the bell tower sheet metal;

- Its openings, evenly distributed, the rectangular or drop arch windows with large panes (some in groups of 3), the Palladian and cellar windows, and the door surmounted by a glazed tympanum;

- Its ornamentation, including the pediment, crown, scrolled consoles, modillion cornice and quoins;

- Its location, set back from the public road, on a landscaped lot with mature trees;

- Its proximity to the village rectory, the church, the Vieux Collège, the sexton’s former house and the parish cemetery, within the core of the Catholic institution.