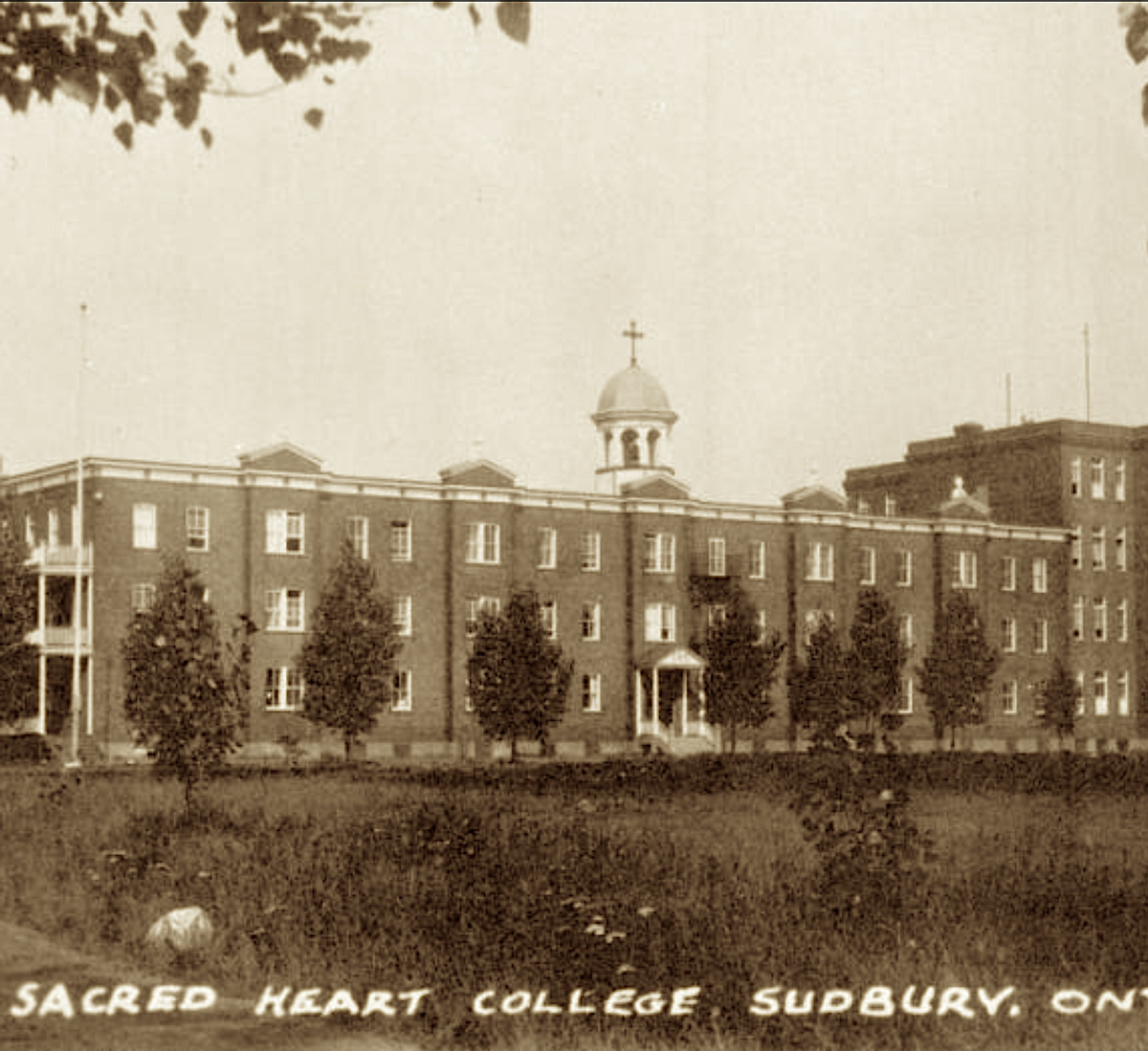 Founded by the Jesuits and inaugurated in 1913, Collège du Sacré-Cœur is a perfect example of efforts to teach and perpetuate French as a spoken language.

This bilingual school has played a fundamental role in the history of French education in Northern Ontario. For decades, this college was the center of education for young Franco-Ontarians.

One regulation too many 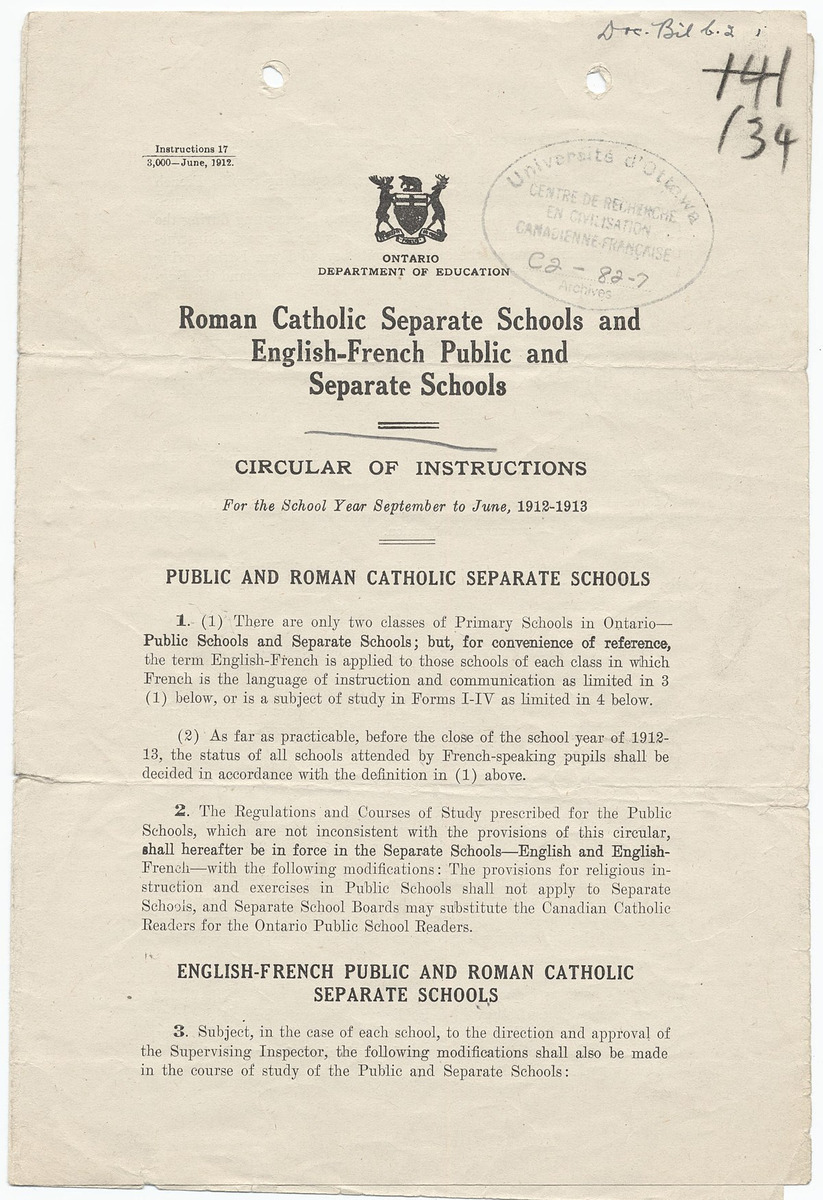 In 1912, the Ontario government passed a regulation prohibiting the use of French for instruction and communication after the first two years of elementary education in Ontario schools. This Regulation 17 triggered a province-wide crisis.

Once the regulation was declared, Francophones organized and fought tirelessly to retain their educational rights. Several institutions were even created, further affirming the identity of French Canadians in Ontario.

Measures to create a French-language university

During the 1940's, the school administration took steps to create a French-language university, but the project was shelved when Sudbury Mayor Bill Beaton unveiled plans to found a University of Northern Ontario.

In 1957, Father Raymond and the Board of Governors resurrected the plan for a French-language university and named it the University of Sudbury. This institution was part of the original group that founded the Laurentian Federation (Laurentian University).

Collège du Sacré-Coeur has played a decisive role in the development of the collective identity of French Ontario by being a major force in the intellectual development of French Canadians in Northeastern Ontario.

Over the years, thousands of young men have passed through the halls of the Collège and many have become leaders who have left their mark on the Franco-Ontarian community and beyond. 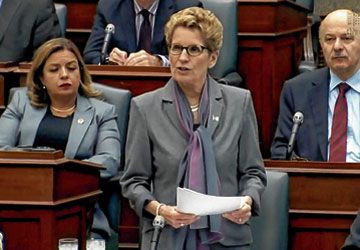 On February 22, 2016, Premier Kathleen Wynne, on behalf of the Government of Ontario, issued a formal apology to Franco-Ontarians for the passage of Regulation 17 and the negative impact on their communities. The Association canadienne-française de l'Ontario (ACFO) of Greater Sudbury was the originator of this apology. 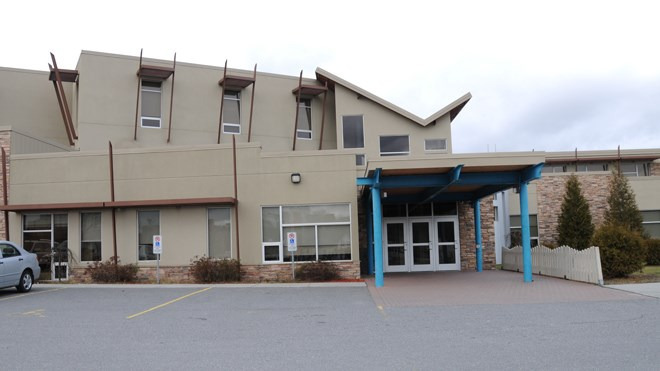 Unfortunately, the College experienced many financial problems and was forced to close its doors in 1967, thus ceasing to offer high school education.

In recognition of the long-standing French Catholic tradition at its historic site, in 2003 the Conseil scolaire catholique du Nouvel-Ontario opened the new École secondaire du Sacré-Cœur. Historic elements have been incorporated into the new school and part of the foundation of the original building is intact and prominent at the entrance.