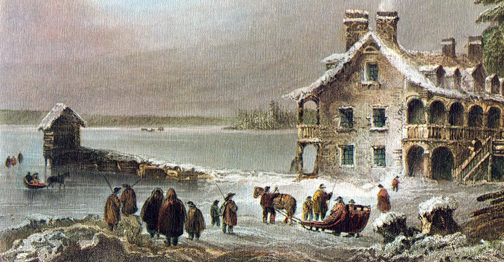 This print is an illustration of the period when the Inn was known as the Aylmer Hotel. The painting was done by William H. Bartlett in 1842. 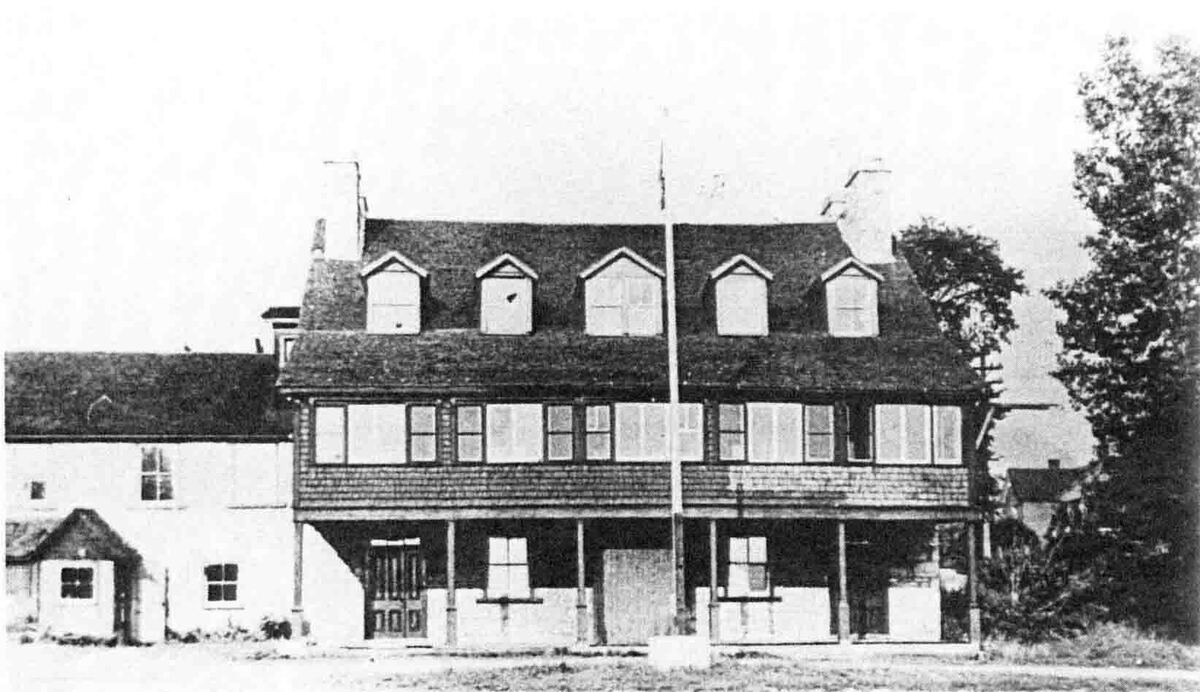 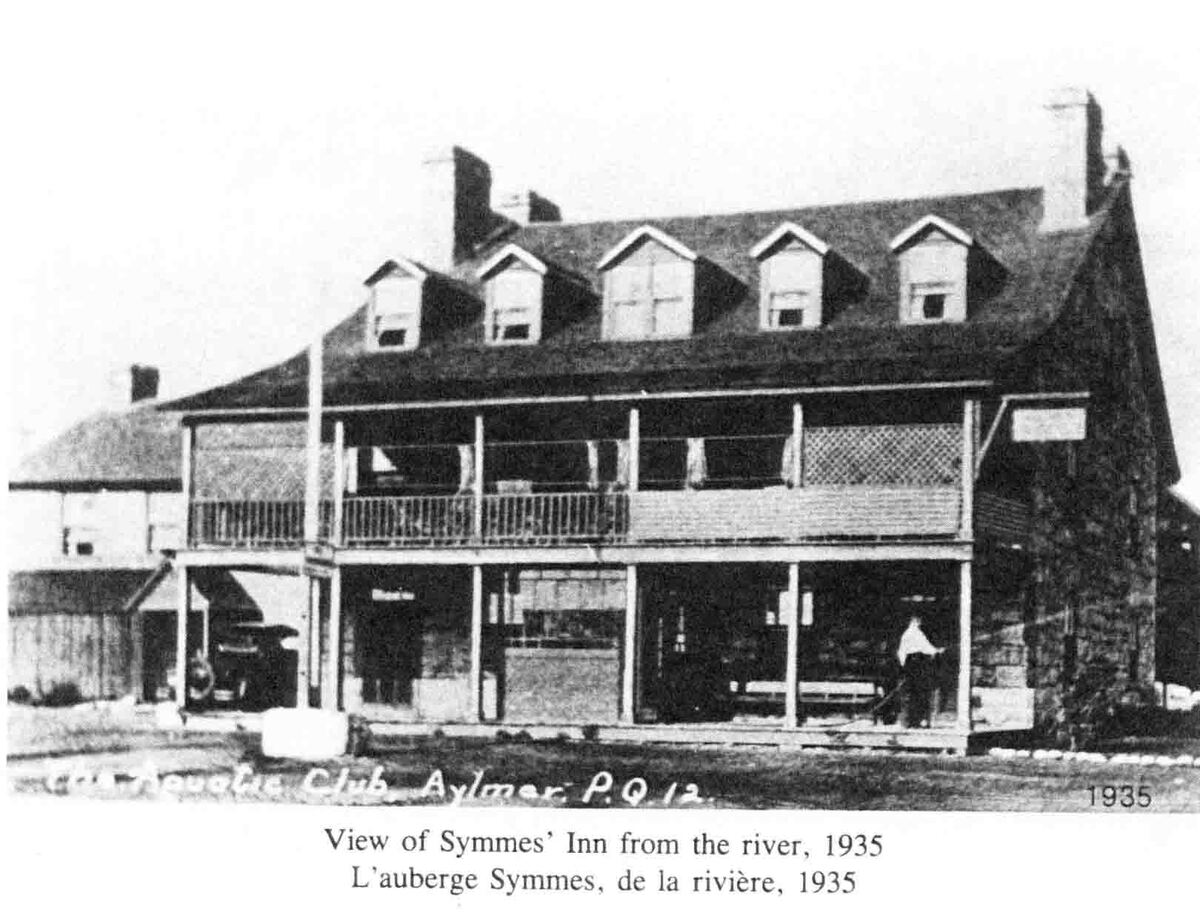 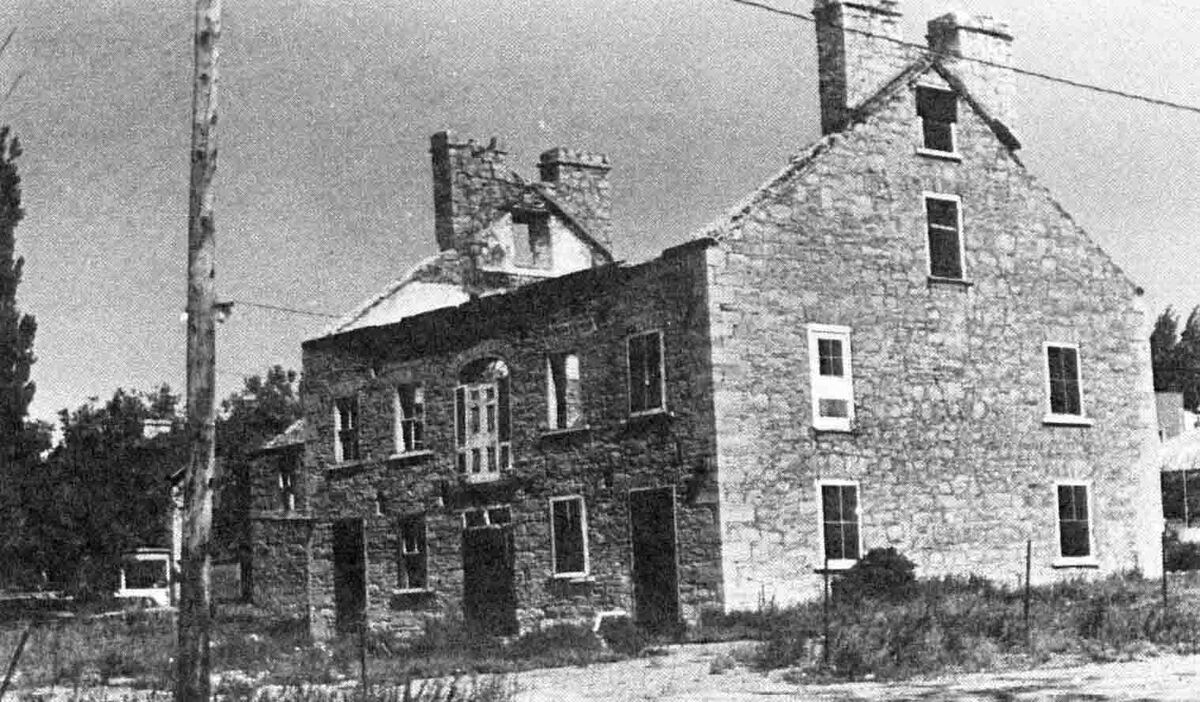 1975 – The Symmes Inn before its restoration. All that was left were the four stone walls.

Majestically situated on the shores of the Ottawa River, the Charles Symmes Inn is a centrepiece of Aylmer’s heritage, culture and tourism sector, and one of the most significant and best preserved collections of historical buildings in Gatineau.

Built in 1831 by Charles Symmes, the founder of Aylmer and nephew of Philemon Wright, the inn welcomed travelers from Montréal. They would spend the night before catching the Lady Colborne steamship along the Ottawa River north-west to different locations. The Inn, offering its very own stagecoach service between Hull and Aylmer, for decades was the most important land and waterway transportation hub in the Outaouais.

A typical example of the Quebec architectural style of the 1800s, this is a symmetrically rectangular, two and a half storey stone building. Its two-part curved pitched roof is covered in cedar shingles, with dormers and double chimneys. A large covered veranda stretches along the second floor on both sides of the building. The inn is located on an almost level property at a widening in the Ottawa River known as Lac Deschênes.

Recognized as a gem of Gatineau’s heritage, the Symmes Inn has been classified by the Government of Quebec and designated as a National Historic Site of Canada. Since 2003, the building has housed the Symmes Inn Museum, where the Symmes Inn: Windows onto the Ottawa River permanent exhibit was inaugurated in 2015.