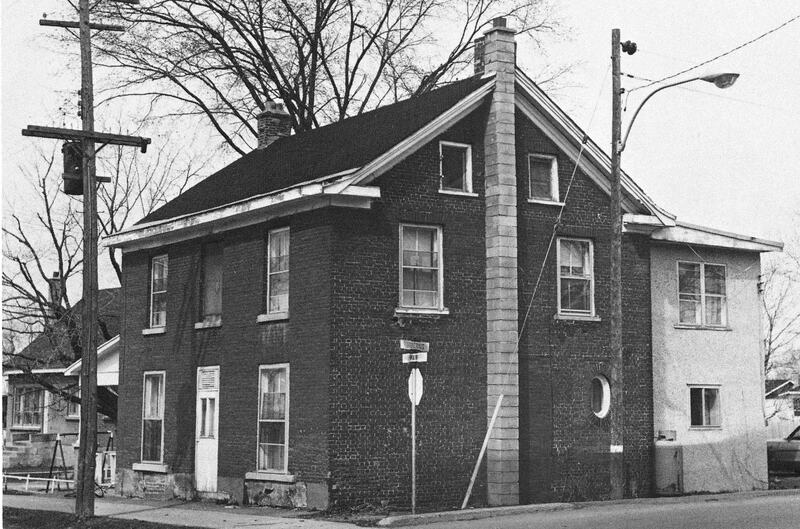 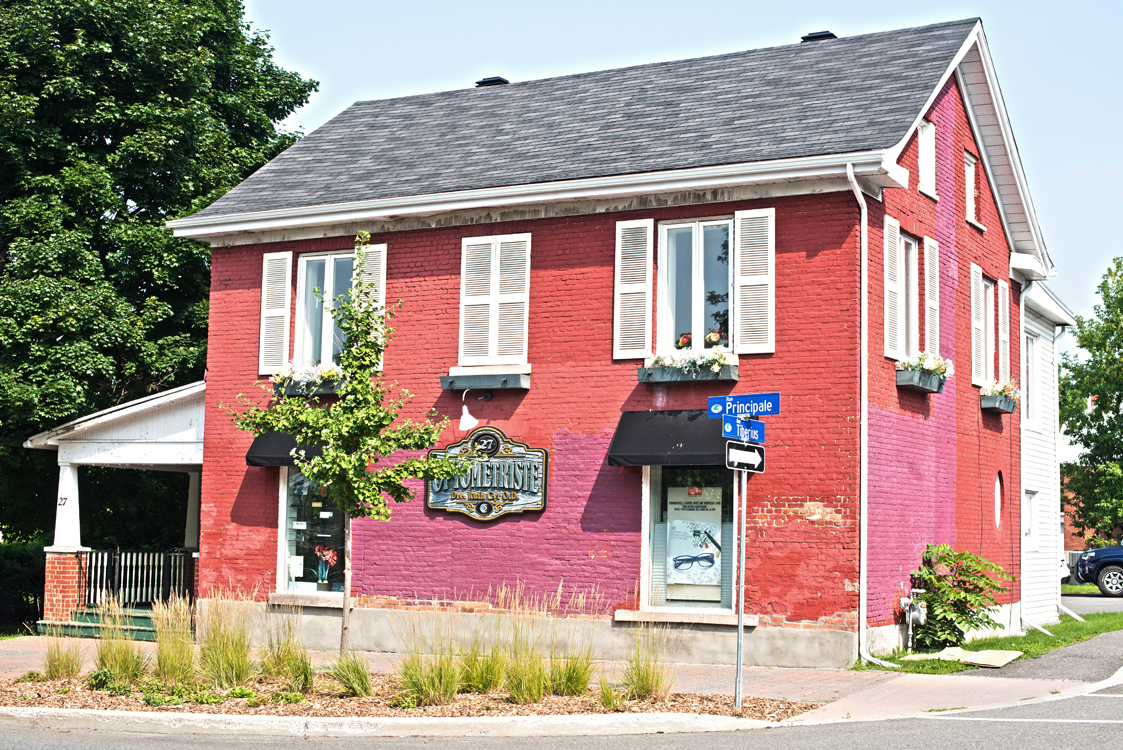 This is the oldest brick house in Aylmer. The double-thickness walls alternate stretcher and header rows, producing an attractive design and an exceptionally solid structure. The building is now occupied by an optometry clinic.

Bolton-Meech House was built in 1860 by two Scottish brothers with big plans. Their idea was to build the house and sell it. With the profits, they would start up a construction business. More than a money-maker, this house, the oldest brick house in Aylmer, is a shining example of their talent. It was built with bricks from the factory that was located at the site of the current Glenwood Plaza shopping mall.

The brothers painstakingly built the structure with double-thickness outside walls. They laid the bricks alternating stretcher and header rows. This ingenious technique produced both an attractive design and an exceptionally solid structure.

William Ramsay, a cobbler, was its first owner and occupant. The house was then sold to the Cahill family, which rented it for more than 30 years to George Bolton, a steamship captain. In 1917, the house was bought by Alfred Meech, the director of the Hull Electric Co., who was the grandson of the Reverend Asa Meech of Chelsea.