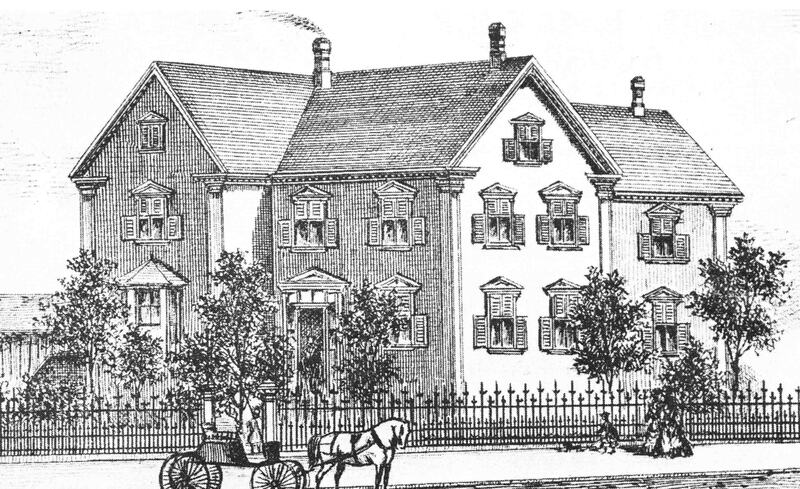 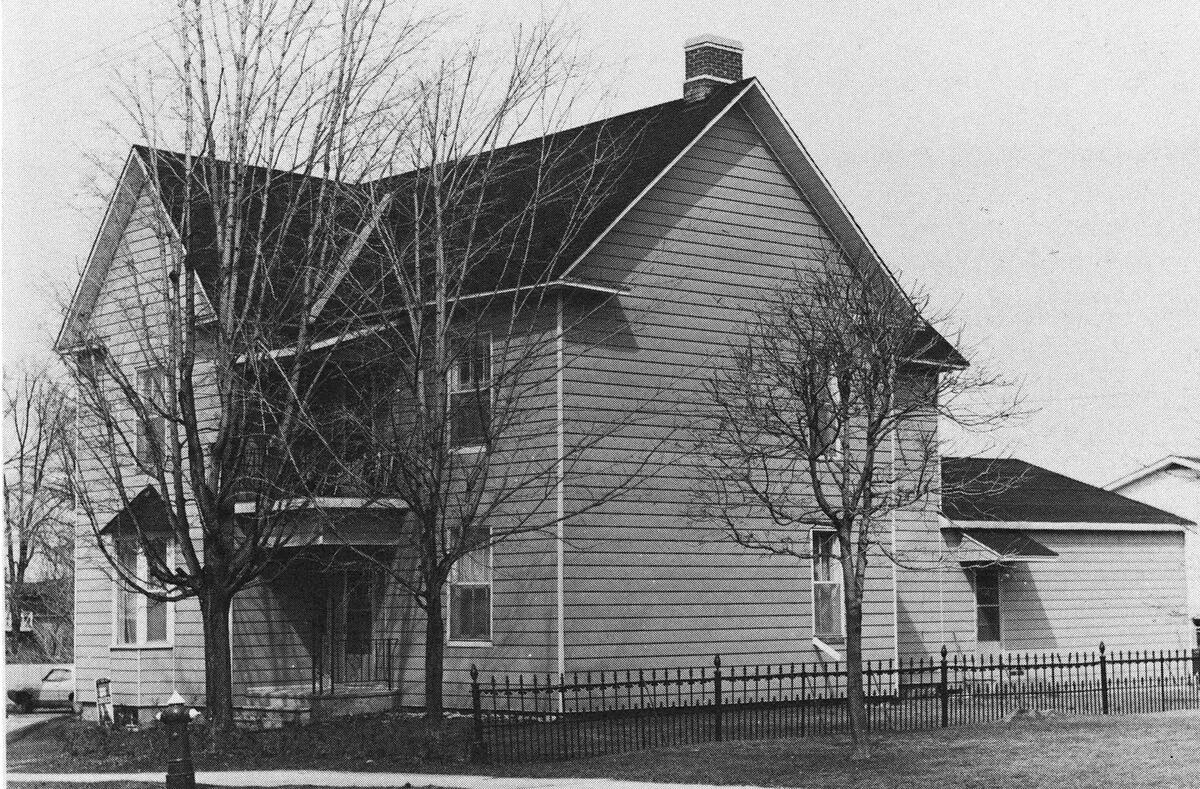 This house belonged to the Kenny family until 1920, at which time it was sold to Herbert Metcalfe, who worked for Canadian Pacific. He lived there until 1967. 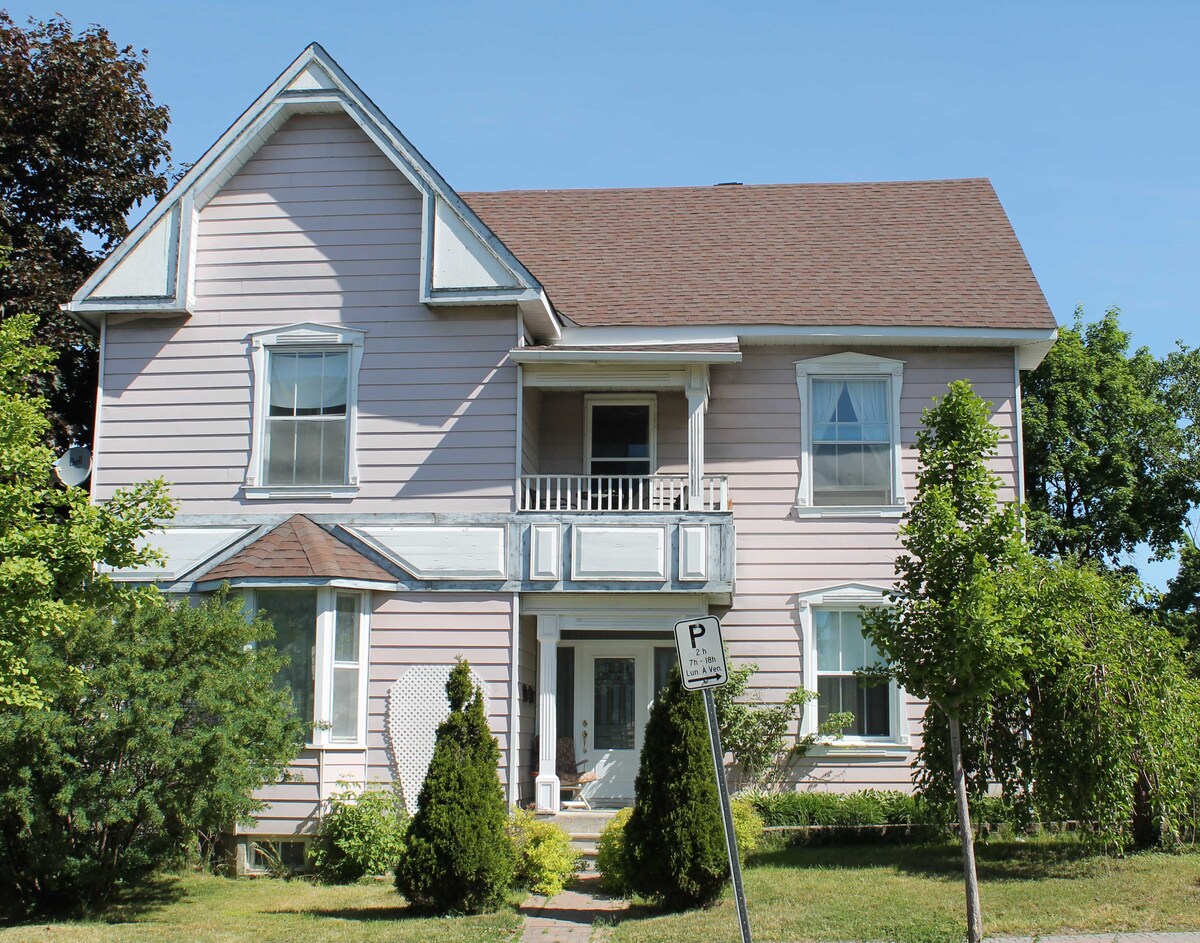 Since 1967, the outside walls have been covered in aluminum siding.

W. R. Kenney was born in Aylmer in 1844, the oldest son of the first maker of buggys and horse drawn carts in the region. He became a lawyer, and joined the firm of Fleming, Church and Kenney in the 1860s, serving for several years on the Municipal Council. He had the house built in 1870, the year of his marriage. Just like the one at 14 rue Principale, this house was built using the flat timber technique. For the Kenney house, the boards that were laid flat, one on top of another, were 10 inches wide. The exterior walls were more than a foot thick with their double-layer exterior cladding of pine clapboard on the visible surface.

A few years after being built, a drawing of this Neoclassical style house appeared in Canadian Illustrated News. That drawing shows that, originally, the north wing was the same height as the rest of the house. Also, the building had three chimneys, and its many windows were highlighted by a triangular pediment and shutters. The architectural lines of the house and its ornamentation, such as pillars, enhanced the building’s verticality.