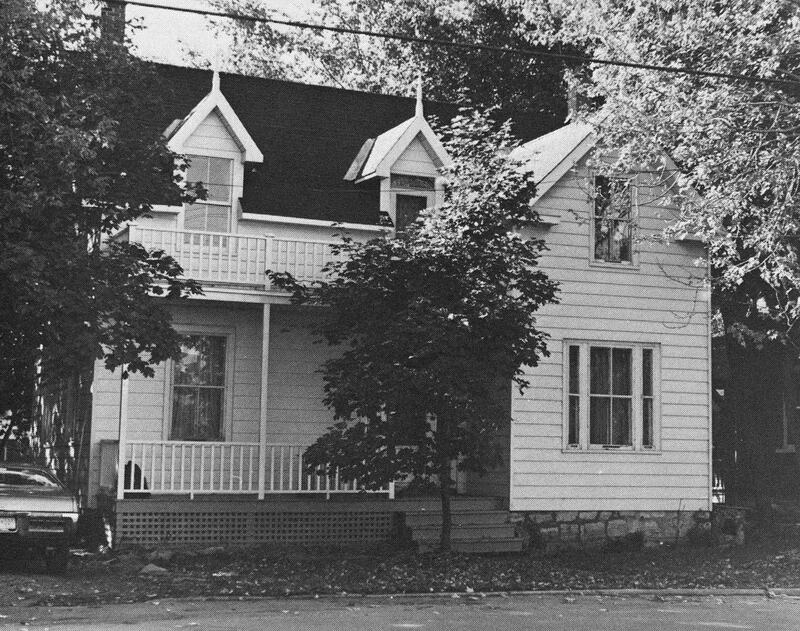 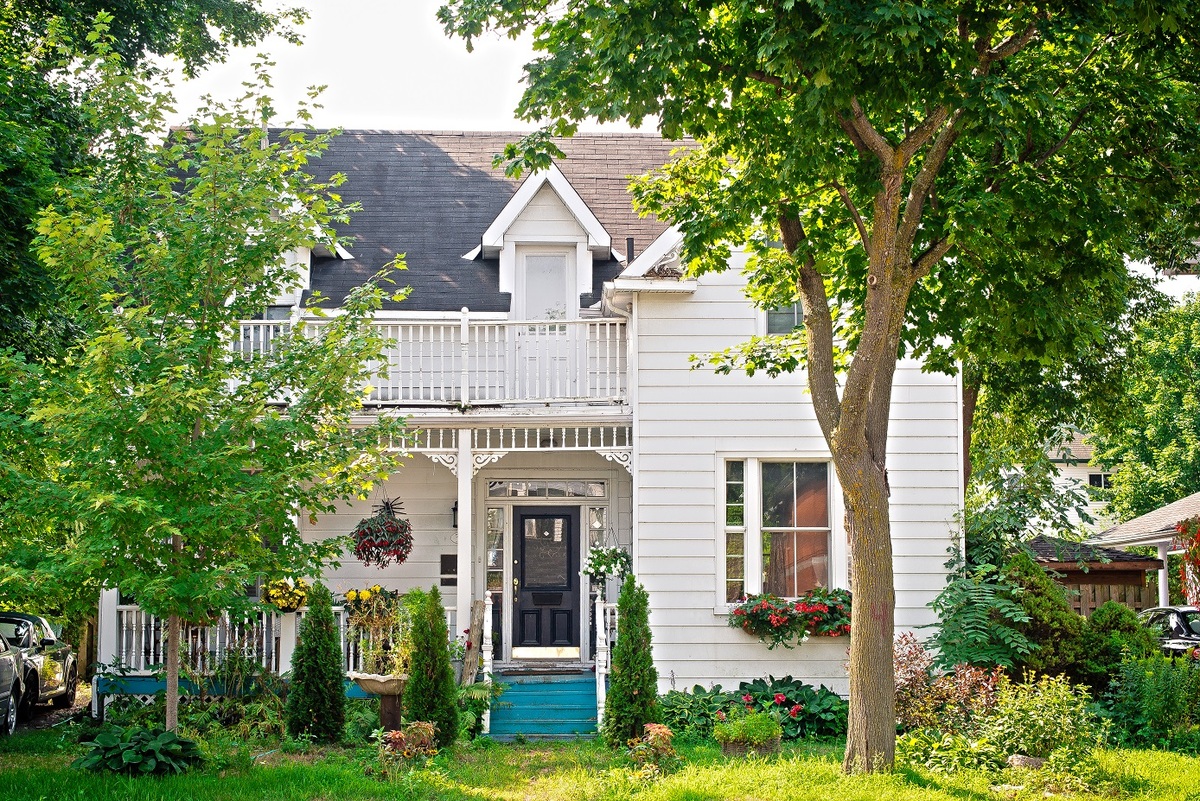 This Victorian style house has retained its original character with its two superimposed balconies.

This magnificent wood frame Victorian style house was built by Philemon Wetherall Wright, the grandson of Philemon Wright. Its main occupants were William Irish, a labourer, and his wife Marguerite Morin, daughter of Charles Morin, who worked for Charles Symmes and lived at 22 Principale. That house was demolished in 1987.

The details of the William Irish wood house are comparable to those of Dr. Woods’ across the street, at 43 Principale. The gable roof and wood lattice lend the house a warm and welcoming character.

From 1895 to 1923, this house had several owners and occupants before being sold to Lilian Irish, daughter of William et Marguerite. The current porch and renovations were done between 1938 and 1940 by the Pilkingtons, who were the owners at the time.

In 1993, it received the Heritage House Award from the Aylmer Heritage Association for the restorations.