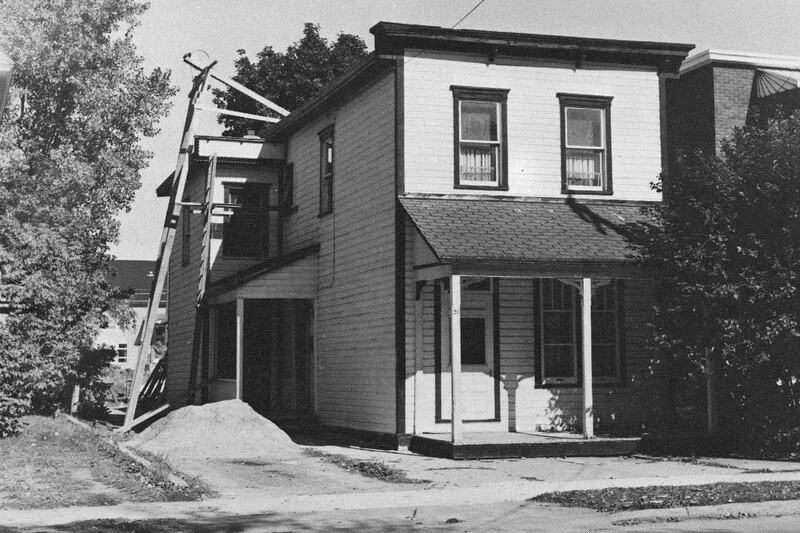 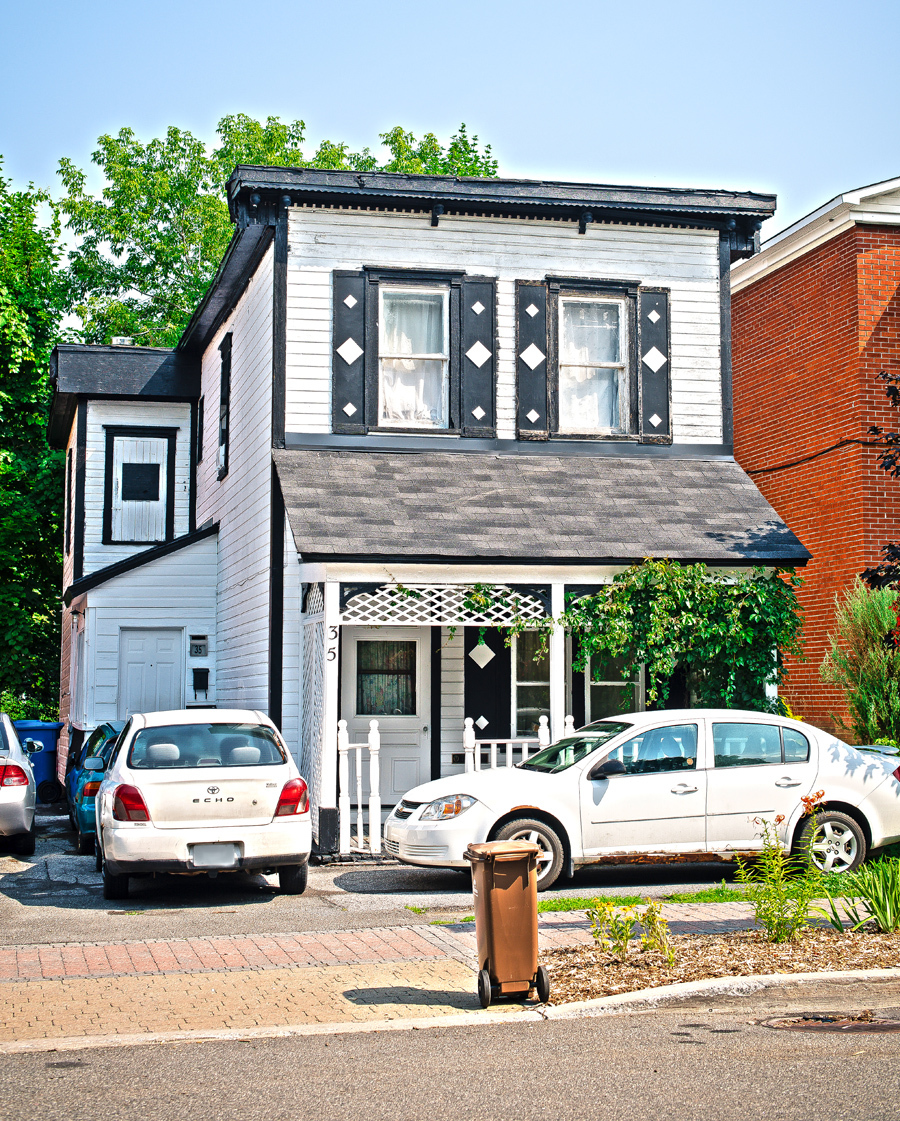 This used to be John Beaton’s general store. The respected merchant moved to Aylmer in 1895. The house originally also served as Mr. Beaton’s home. The building has not undergone many changes since then. 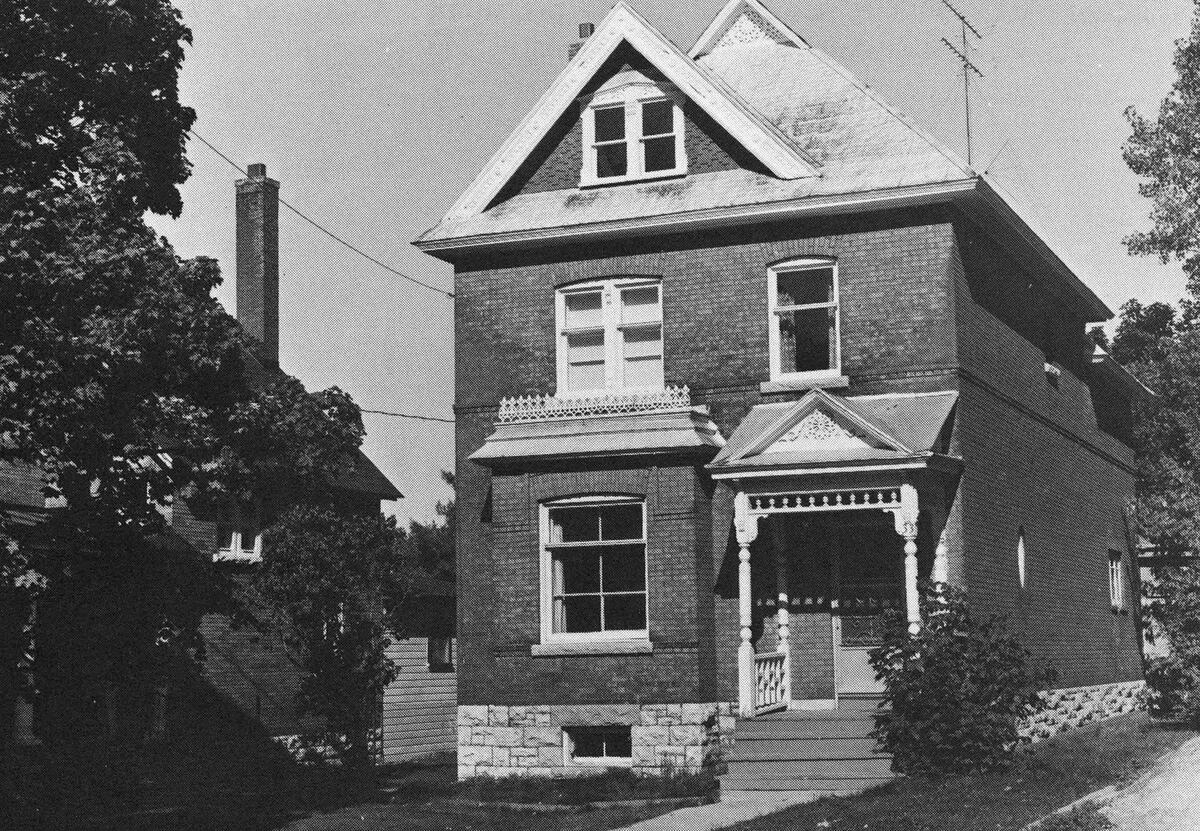 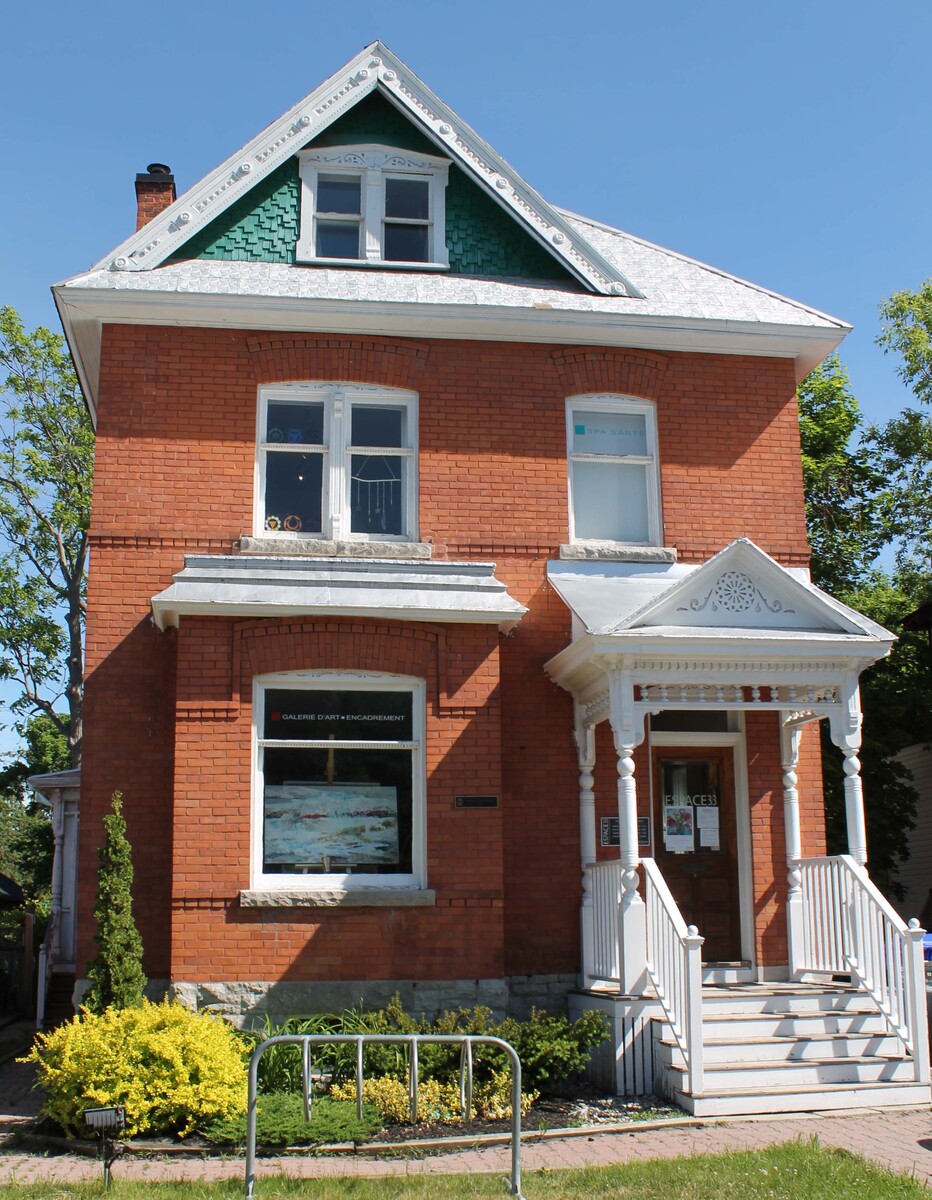 This building now houses a business.

John Beaton was a merchant who moved to Aylmer in 1895. He opened a general store in the wood house to the right, which he also turned into his principal residence. Notice the flat roof, intricate woodwork and light framework. This is one of the key features of rue Principale, namely because of its false western style facade, frequently used at the time for general stores in cities. John rented out an apartment on the second floor. The tenants used the door on the left side.

True to his reputation as Aylmer’s most entrepreneurial merchant, John bought the elegant brick house next door, at 33 rue Principale, and moved in only three years after his arrival. With its wood ornamentation along the edge of the roof and around the windows, and its elaborate pediment, this attractive house and its next-door neighbour attest to the prestige of the former city of Aylmer.