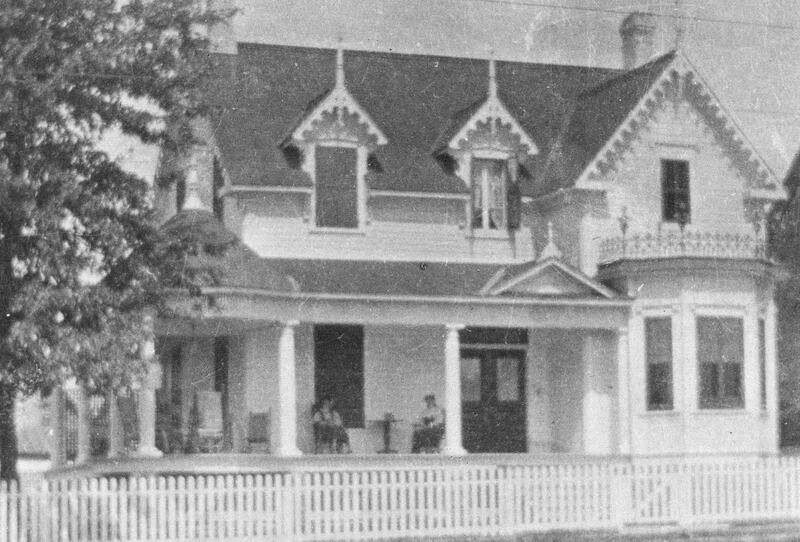 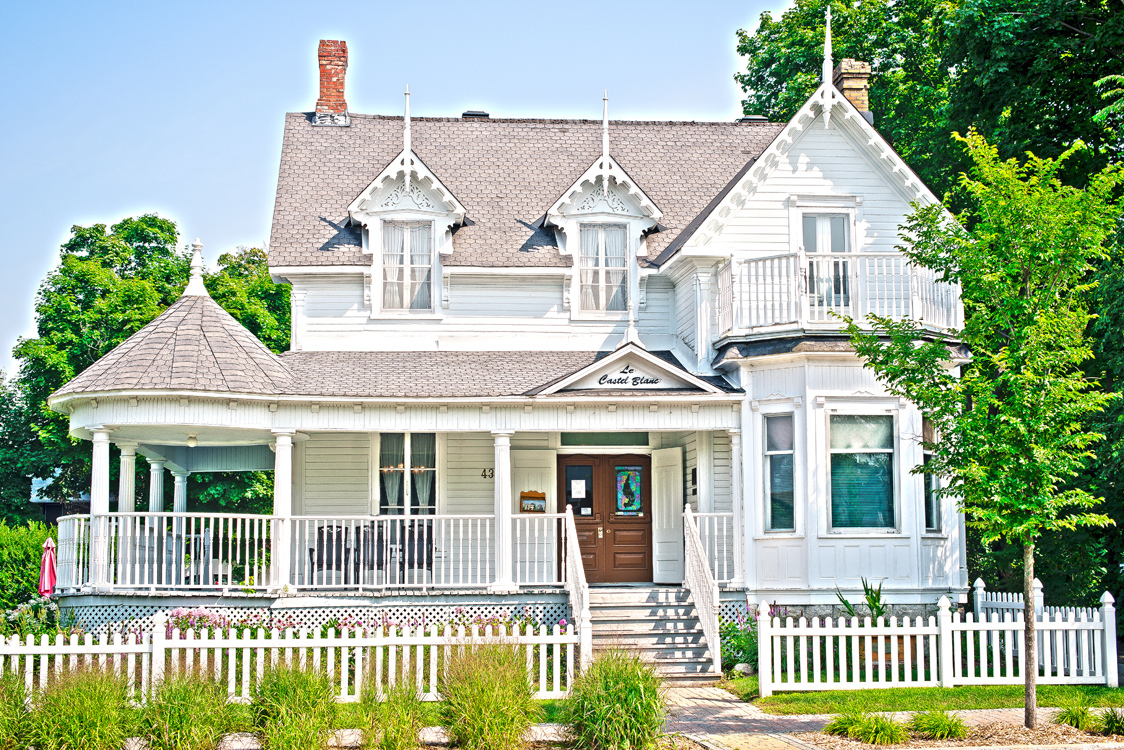 This house is considered the best example of wood Neoclassical construction in Aylmer. It currently houses a law office.

Dr. Edmond Woods, the son of Aylmer’s first postmaster, had this wood house built in 1883, shortly after his marriage to Corinne Bourgeois, daughter of Judge J.B. Bourgeois. The house served as the doctor’s family home and clinic, and remained in the Woods family for nearly a century. It was called Le Castel Blanc in reference to the play Les Trois Castels written by Mrs. Woods’ sister. Remaining true to its original architecture, the Woodses made a few changes to the exterior of the house. The main changes were all done at the same time. The veranda’s banisters were replaced by beams, and the left corner was rounded. On the first floor, the window on the right was replaced by a bay window.

This house is considered the best example of wood Neoclassical construction in Aylmer. Notice the elegance and lightness of the structures and ornaments generously adorning the building, as well as all the woodworked cornices, corners, and door and window frames. This house is typical of the Victorian era, integrating neo-Gothic elements such as the decorations of the dormers.