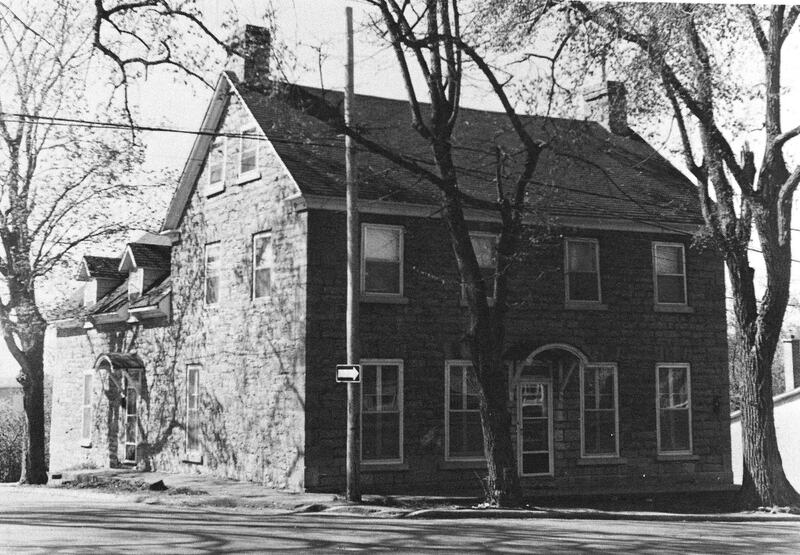 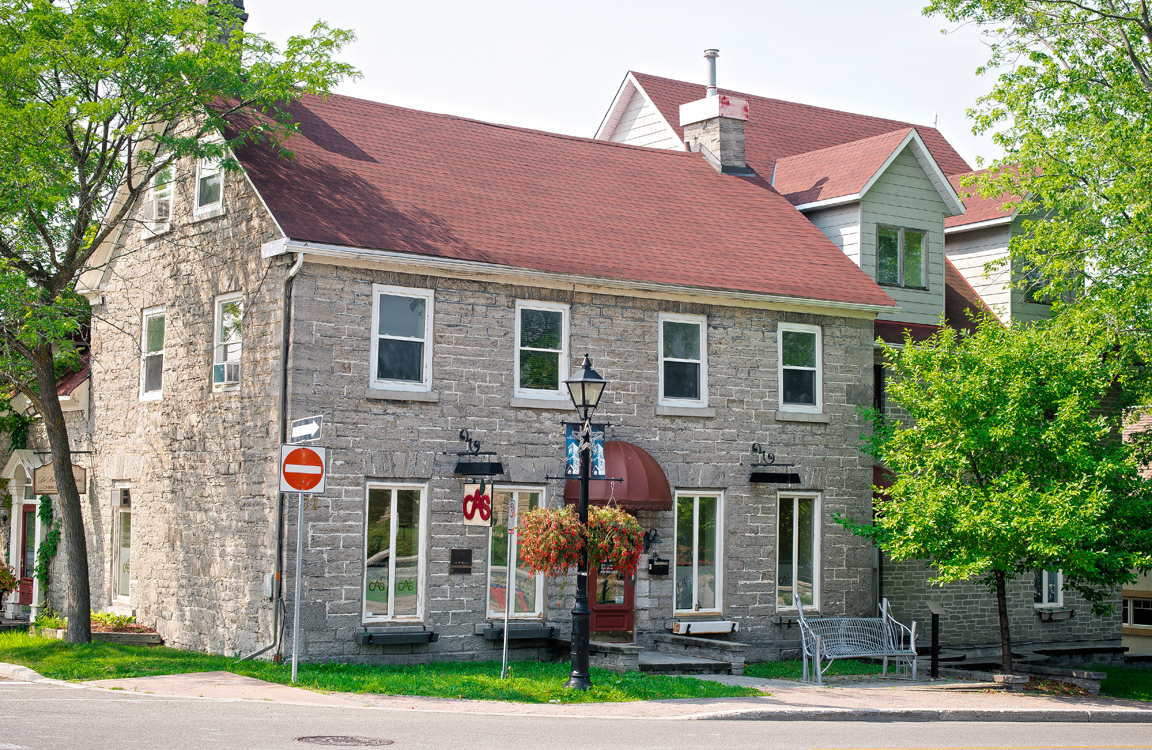 This very elegant Georgian style stone house was built in 1845, and has retained its original character. An addition was built on its right side. The building currently houses businesses on the ground floor and apartments on the second floor.

Robert Conroy and his family moved often. They lived within steps of each other, as you can see from here. First, they lived in a hotel at the corner of Principale and Bancroft, just over to the left. Then in 1841, they moved into an apartment at the new British Hotel, which Mr. Conroy had just had built.

Some years later, in 1845, Robert Conroy had this very elegant Georgian style stone house built for his growing family after 8 years of marriage to Mary McConnell. Notice the symmetry of the two-storey building, its rectangular shape and the double-pitch roof. At one time, the centre door was framed by pilasters with a classical Roman and Greek style pediment.

Some 10 years later, Conroy had a second home built, which he called Lakeview, at 61 rue Principale. However, he kept this house for close to 25 years, and rented it out to different tenants. Then in 1881, Alfred Driscoll, the son-in-law of Robert Conroy, bought the house, which remained in the family until 1962.

In 1992, an annex was added to the original house for shops on the ground floor and apartments on the upper floors. The owners received a heritage award for the house’s successful architectural integration.