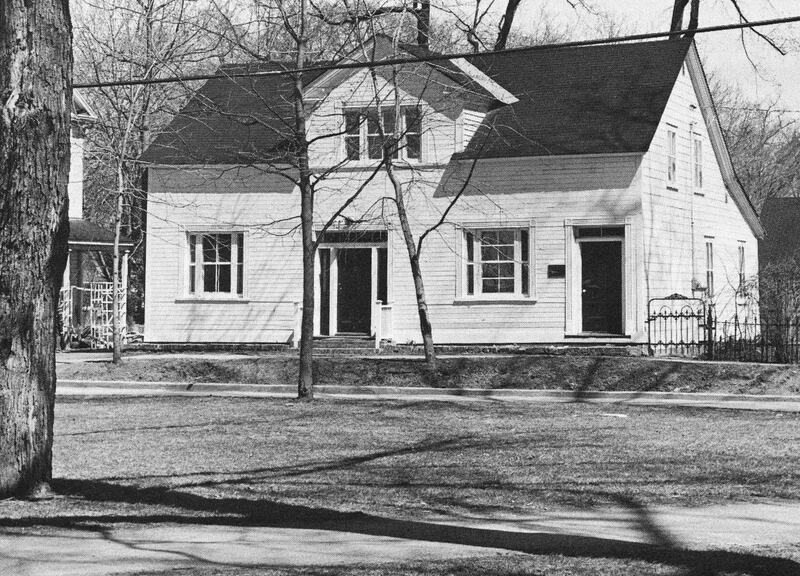 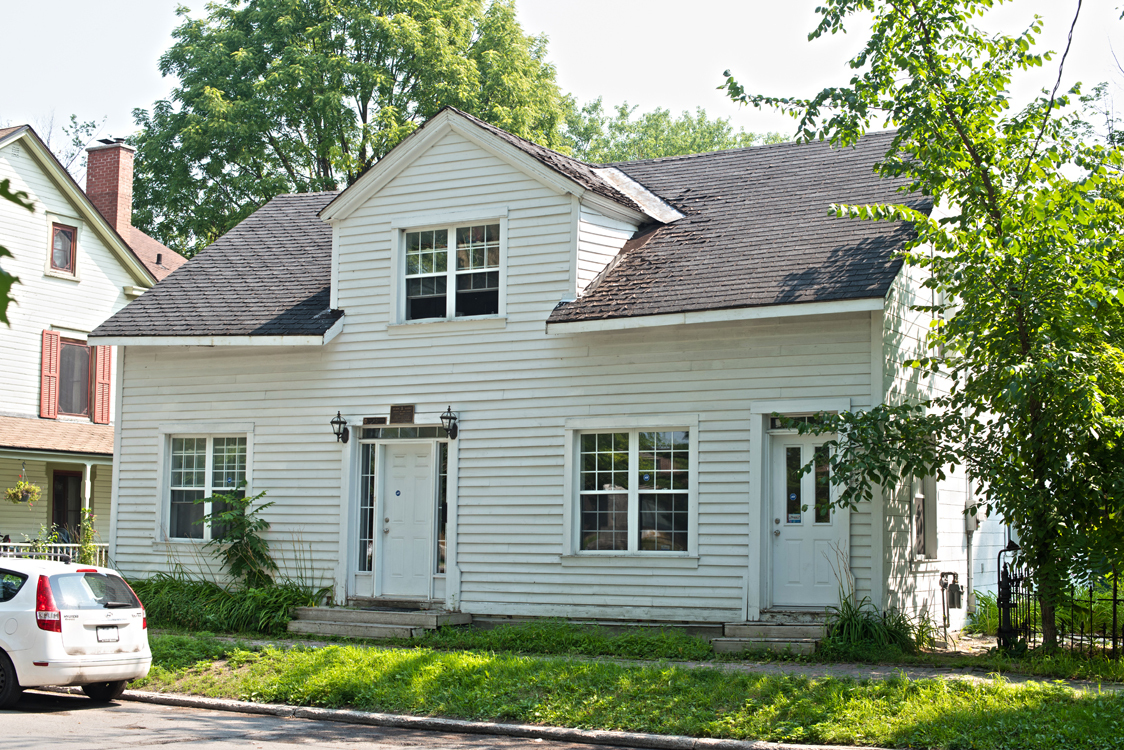 The door to the left led to the office of Judge McCord.

This squared log frame house was built in 1842 for William King McCord. Having been newly appointed as a judge, Judge McCord chaired the committee in charge of deciding in which city the new courthouse would be built. He had this house built in the American Colonial style and used it as his home.

This house, also called the “salt box”, stands out for the steep slope of the roof at the back, making it easier to protect the home from rain and snow. You will notice the two doors at the front: the one on the right led to Judge McCord’s office, and the other was the main entrance to the residence.

The house remained in the McCord family for almost 30 years. Judge McCord left it to his son Thomas, who was also an attorney and later became a judge. He used the house, strategically located close to the courthouse, as his office.