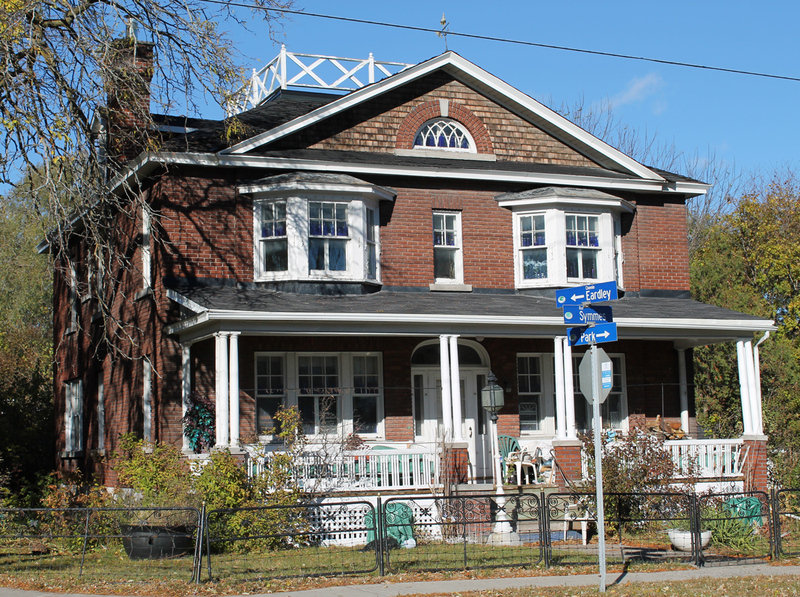 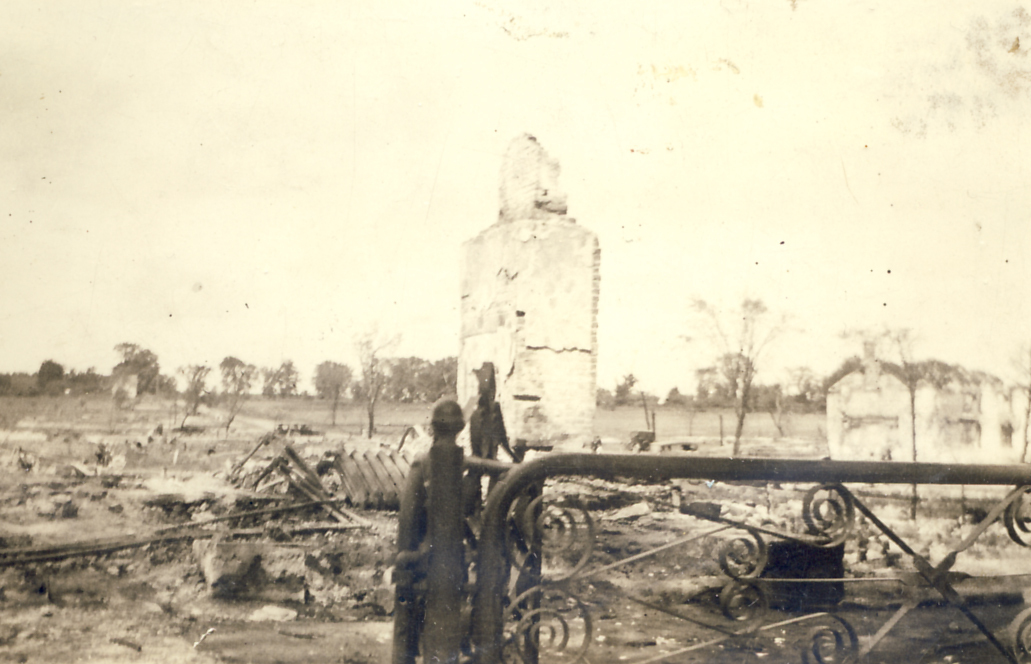 The house, built by Charles Symmes and later occupied by his son Tiberius Symmes, was destroyed in the Great Aylmer Fire on August 10, 1921. After Tiberius’ death in 1923, his wife Lyla Ritchie had the house rebuilt on the original foundations. This photo shows one of the stone walls still standing on the right side of the house, as well as the wrought iron fence, which is still standing, the only vestige of the original house. 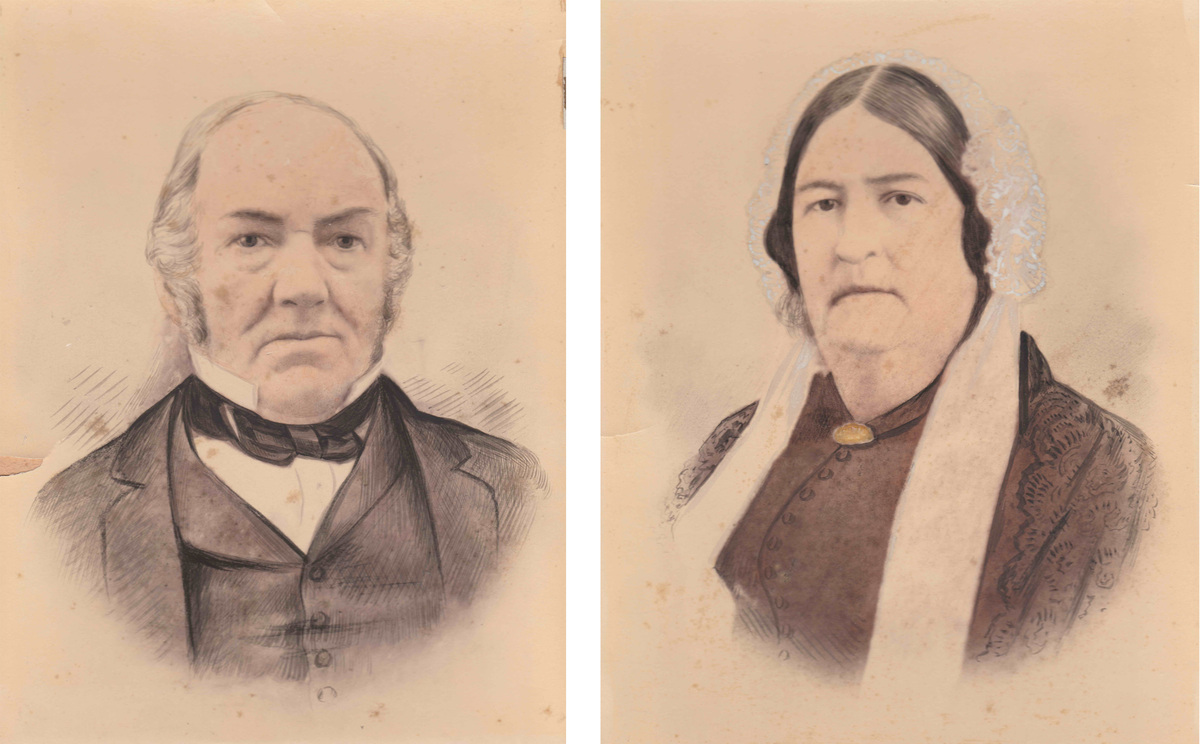 Charles Symmes and Hannah Ricker, who married on April 6, 1824, and had 10 children.

Of the original home of Charles Symmes, who arrived in Aylmer in 1822, all that remains is the foundation. It is believed that the house he had built on this site at the time was similar in style to this one, but likely made of different materials. It would have been a two-storey house with several bedrooms for his large family of 10 children.

Charles Symmes was the nephew of Philemon Wright, and an important figure in the history of Aylmer. He is considered one of its founders. He owned not only this house, but also the Symmes Inn, which he had built in 1831, at the same time as the Lady Colborne steamship. As well, in partnership with Robert Conroy, John Egan and Harvey Parker, he held shares in a flour mill on rue Bancroft and a sawmill.

He donated land for the construction of the Aylmer Academy, Anglican Christ Church, St. Paul’s Catholic Church and Market Square (today’s Memorial Park). His son Tiberius inherited the house, which burned to the ground in the Great Aylmer Fire on August 10, 1921. Tiberius died in 1923, and his widow had the brick house that currently stands here built in the Neoclassical style, with great symmetry and regularly spaced columns, a triangular pediment at the roof, and a half-moon window.