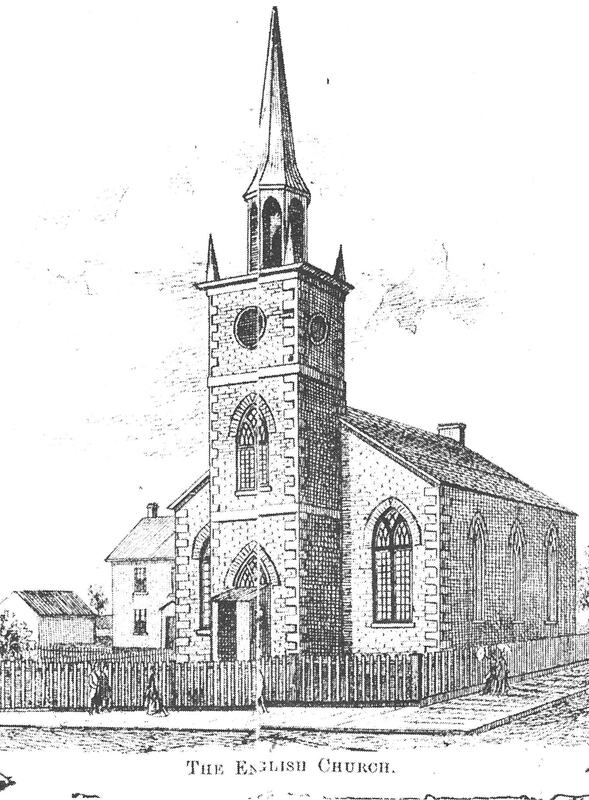 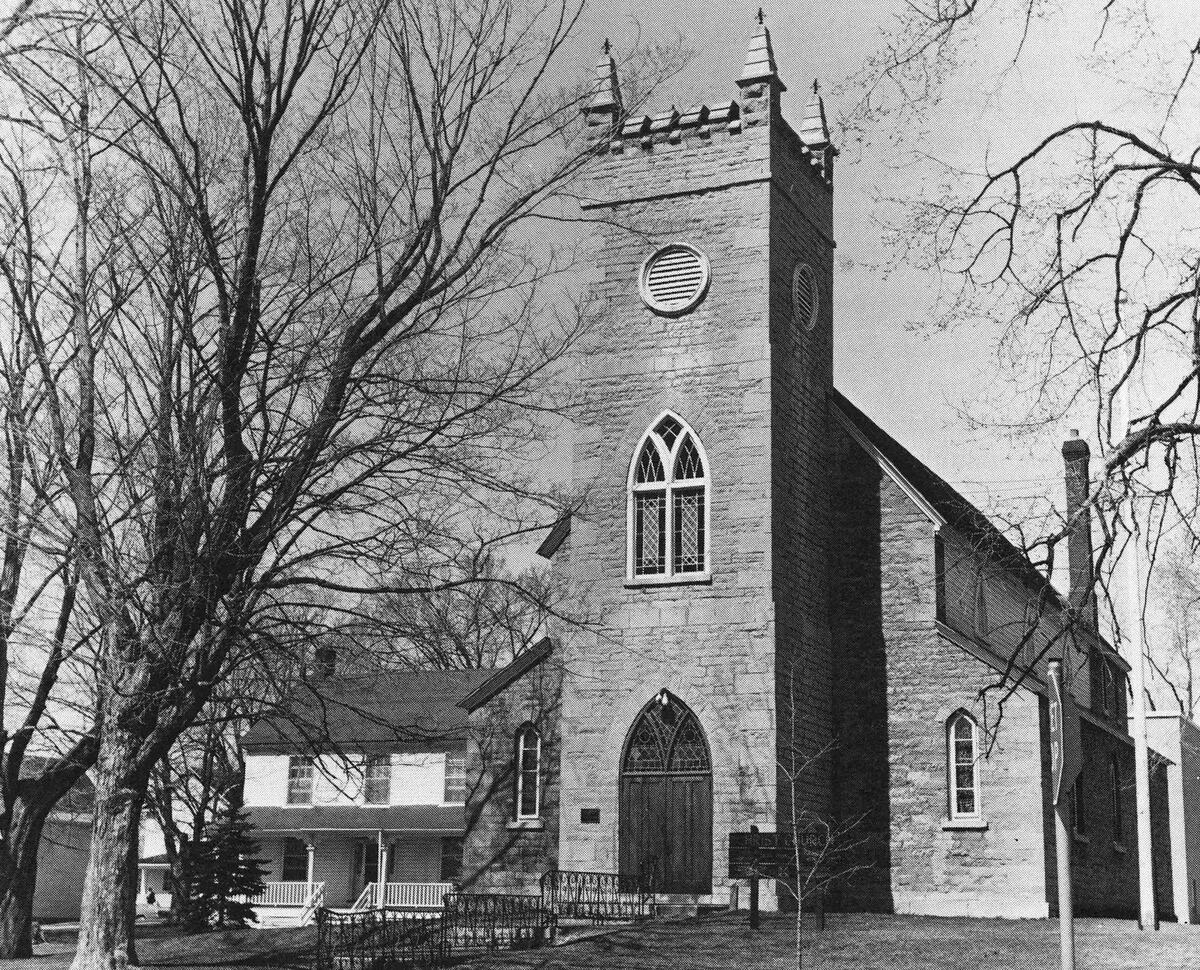 The bell tower was demolished in 1905, and replaced by four stone turrets. 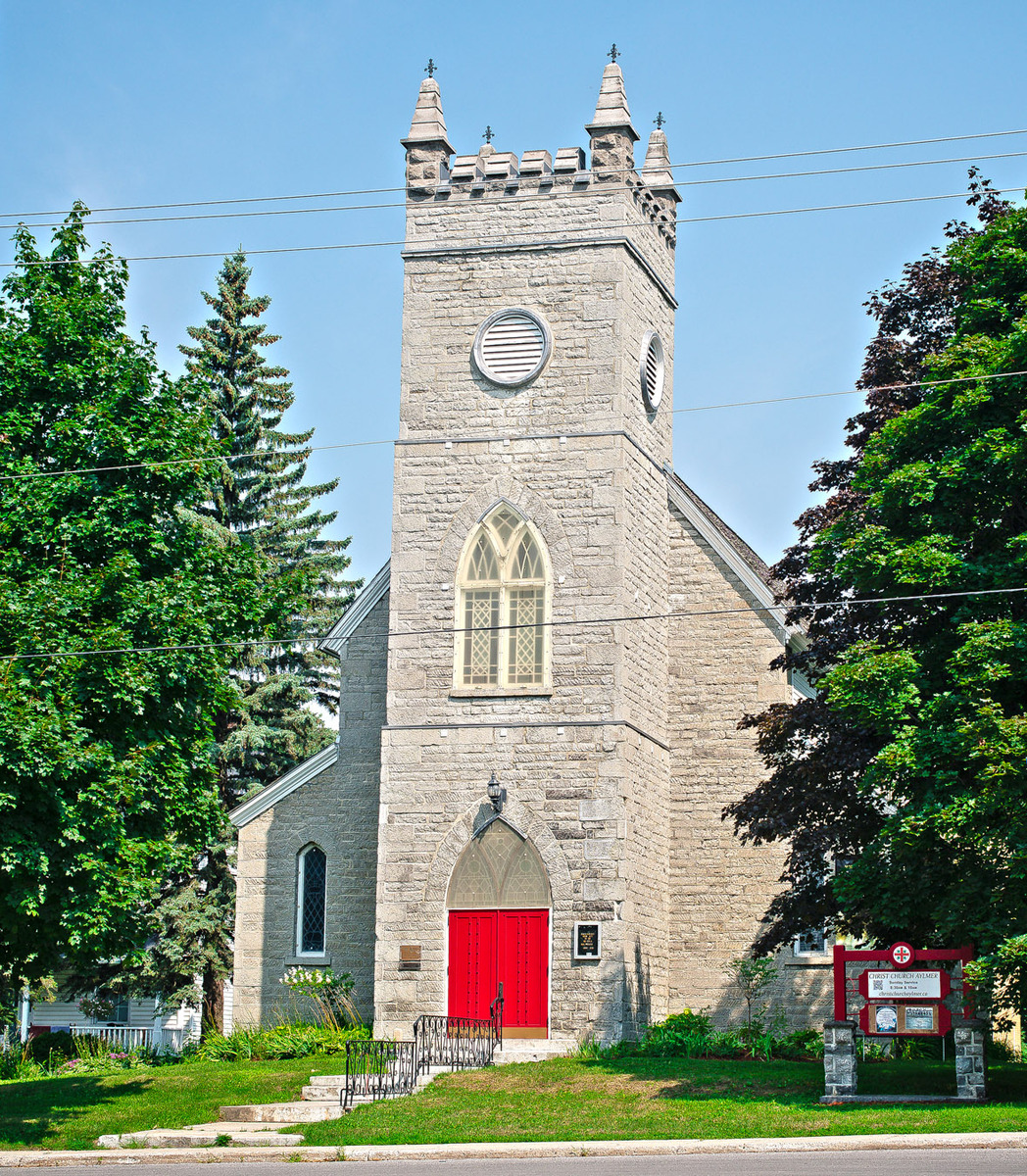 This church, built in 1840, is adorned with magnificent stained-glass windows and two marble plaques on the inside walls. John Egan and Robert Conroy were its two main funders.

Construction of this Anglican church started in 1843, and was completed in 1845. Christ Church is located on land donated by Charles Symmes, and is made of stone quarried from the farm of John Egan, the first Mayor of Aylmer.

The original structure was far more modest, with a bell tower. Several additions were made over the following decades, attesting to its growing importance in the Anglican community. In 1850, a bronze bell was added, a donation from John Egan.

The rectory was built around 1868 to the west of the church, in the Georgian style with a beautifully decorated veranda. The church benches and woodwork are all made from local pine. Along the aisles and the side vaults, you can still see the marks left by the old oil lamps. The choir, the sanctuary and the sacristy were enlarged in 1883, and in 1903 the bell tower was replaced by the square tower with four turrets. This is the only heritage church that was not damaged or destroyed by fire.