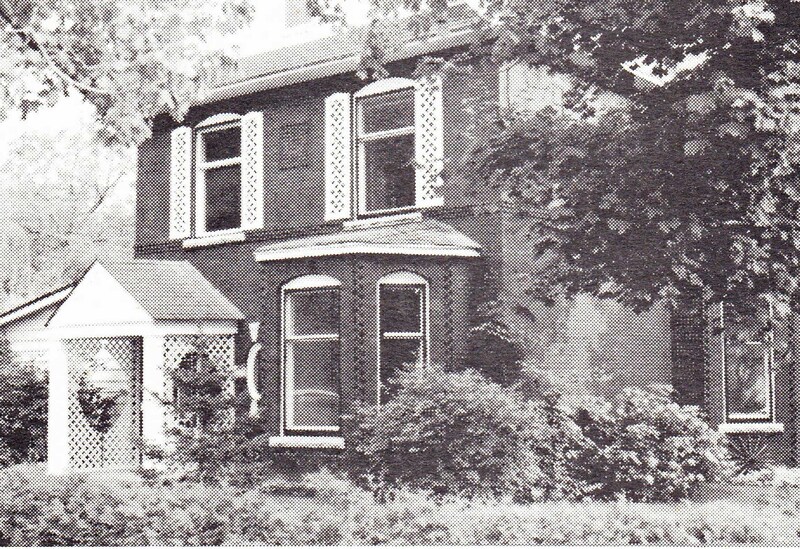 Today, it's a well known bistro 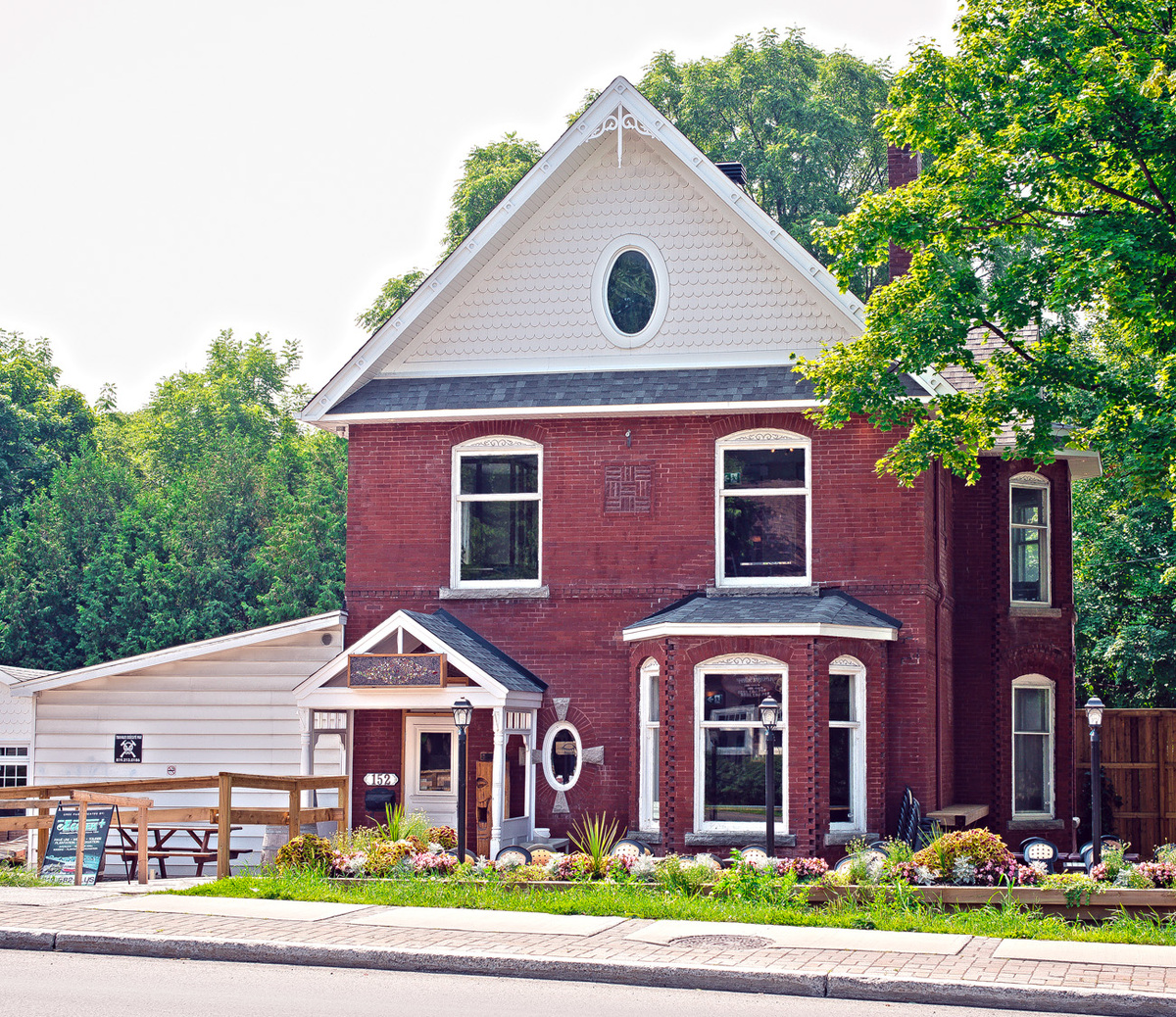 This house is currently occupied by a popular bistro, well known for its beer selection and its welcoming atmosphere 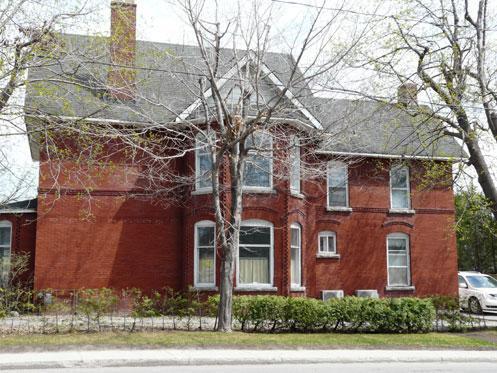 When seen from the side, from rue Frank-Robinson, you can tell just how huge this house is. 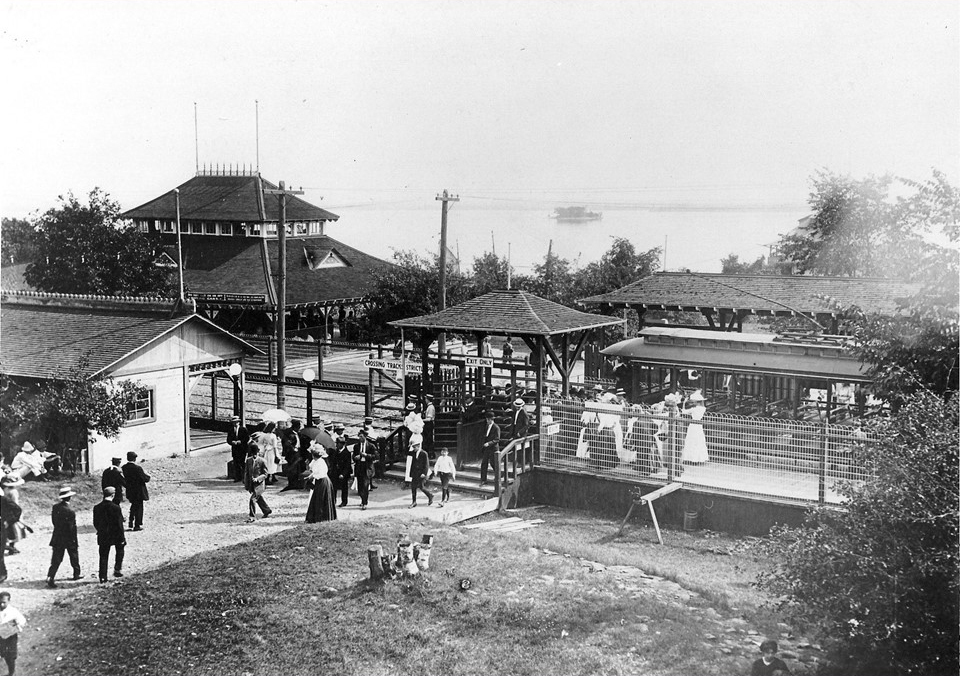 The tram station located near Queen's Park, in 1905. 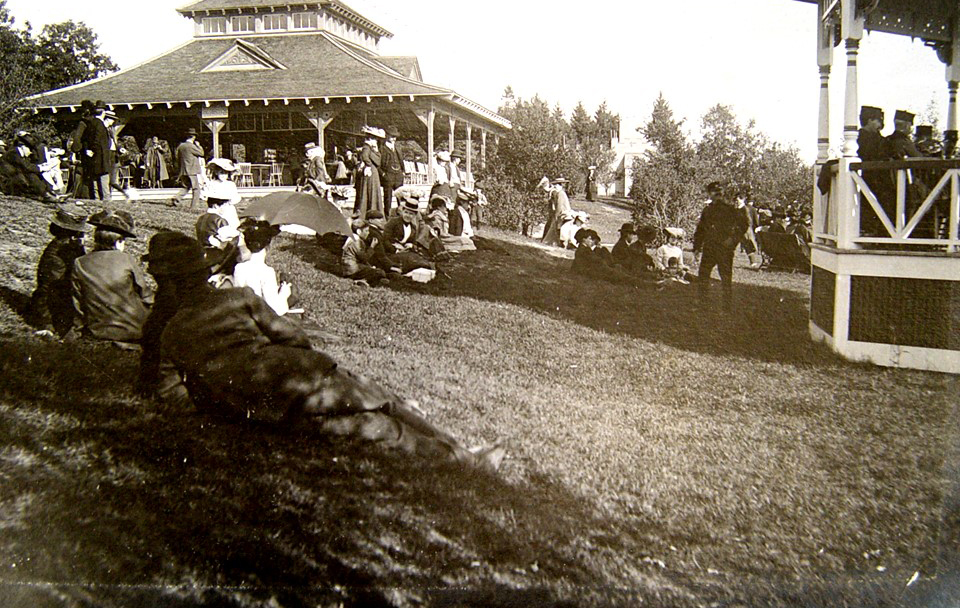 The restaurant gazebo and the grandstand at Queen's Park on a lovely summer afternoon.

This imposing Victorian brick house was built in 1880 for Alexander Fraser, a lumber merchant who ran one of the largest sawmills in the late 19th century. It is distinguished by its two-part roof with a gabled pediment with an oval window, giving it a certain distinctive air. After his death, Fraser’s sons, John and William Henry, sold the house to William Robert Taylor.

William Robert Taylor took possession of the house in 1904. At the time, he was the Director of the Hull Electric Railway Company and manager of the very popular Queen’s Park amusement park. Located upriver, the Park was built by his company on an 80-acre lot. To get there, visitors had to take the tram that belonged to the Hull Electric Railway from the Ottawa station or from downtown Hull. The tram was the only way to get to the Park.

When William Robert Taylor died in 1912, the house was sold to James Wallace, and in 1921, to the Edgar C. Coleman family. In 1988, this charming property was purchased by Pierre and Fleurette Crevier, who ran an antiques and gift shop here.