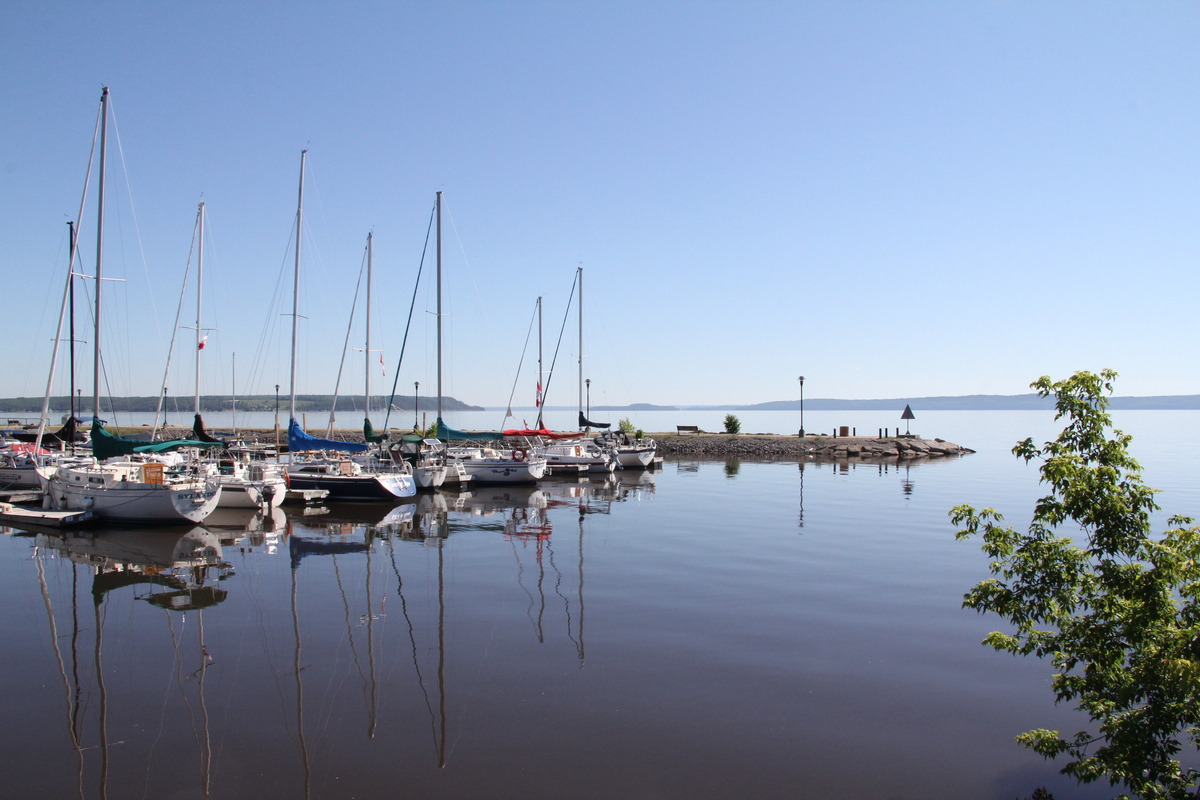 Haileybury Marina is worth seeing, with its dozens of boat holds divided into two distinct sections. Most of the sailboats are in the same section and the view on them is superb with the panorama on the lake. The location is ideal for a sailboat since the wind makes it easier to enter or leave the marina. The site is equipped with launching facilities, navigation and repair services, pumps, toilets and showers.

Other services such as the purchase of propane, ice, bait, equipment and fishing licenses are available nearby. 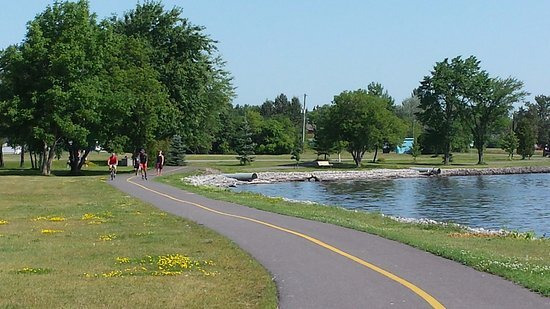 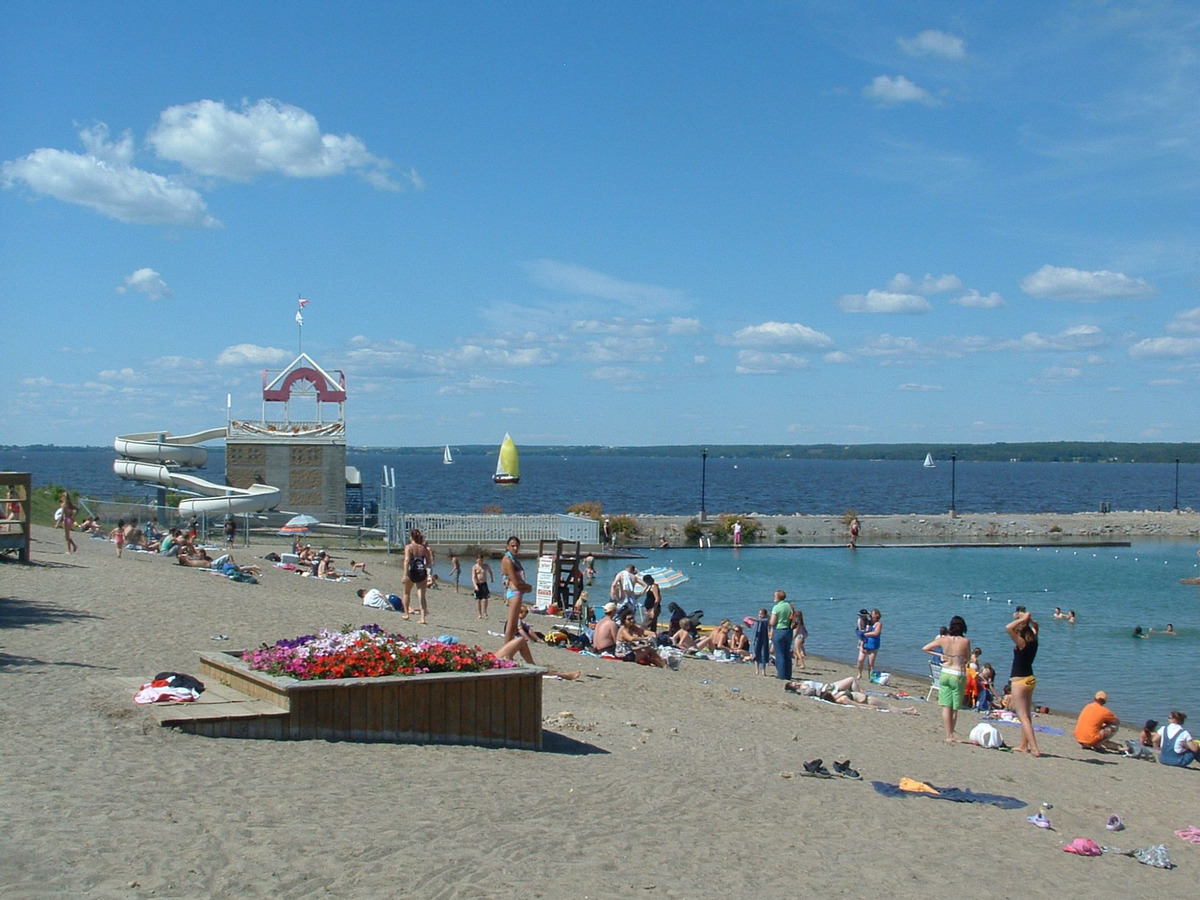 If you're with the family, you can't miss the public beach and the waterslide along the Haileybury Waterfront. Nearby, there is an artificial swimming pool of about 100 square meters, a children's park and water games. 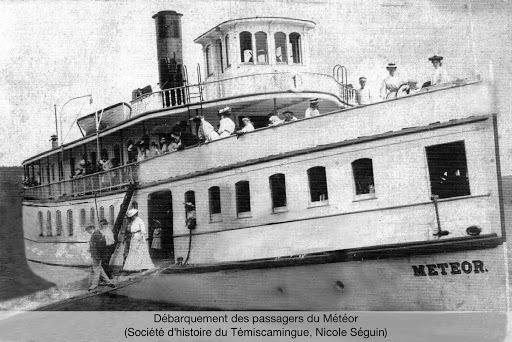 The Meteor was purchased in 1888 by the Lumsden Steamboat Line. After several rebuilds, it became one of the best-known and most comfortable boats on the lake. 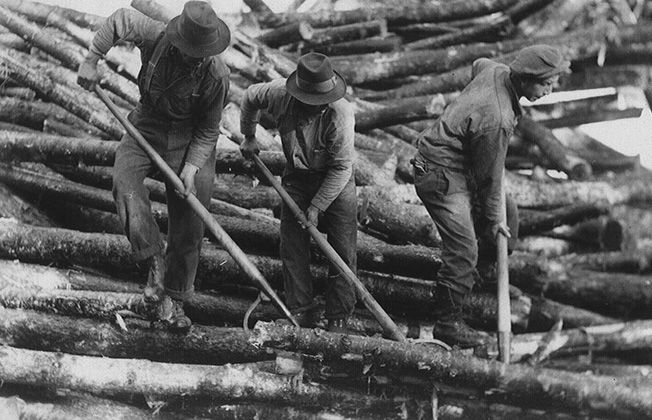 Before the building of good roads or the advent of the railroad, log driving was the only available method of transportation. It was also proven to be the cheapest method for lumbermen.

Photo source: A difficult balancing act where the log driver puts his life in danger at every moment. ONF - https://www.youtube.com/watch?v=Z0RQzlb7zkU

Lake Temiskaming alone is accountable for the development of Temiskaming in Ontario and Quebec. The lake measures 100 km in length, covers 300 square kilometres and has an average depth, in some areas, of 120 metres. Originating from the Algonquians, the name Temiskaming means “deep water”. The lake acts as a natural border between the two provinces.

Around 1880, steamboats like the Minerve – which would later become the Meteor, Argo and Temiskaming – were the only means for Temiskaming’s new inhabitants to travel the lake and the only way to transport wood. The forestry industry used natural timber rafting to benefit lumber companies. Later, colonization would take place, with new settlers populating the towns that we know today.

The STATO trail is a 14 km non-motorized travel system that connects the former Town of Haileybury, New Liskeard, and Dymond. It is a combination of off-road and on-road cycling lanes. The scenic route emphasizes the beautiful shores of Lake Temiskaming and connects the downtown areas, parks, beaches, schools and business strip to medical services and residential areas. Residents and visitors can easily access the trail, regardless of their skills and abilities.