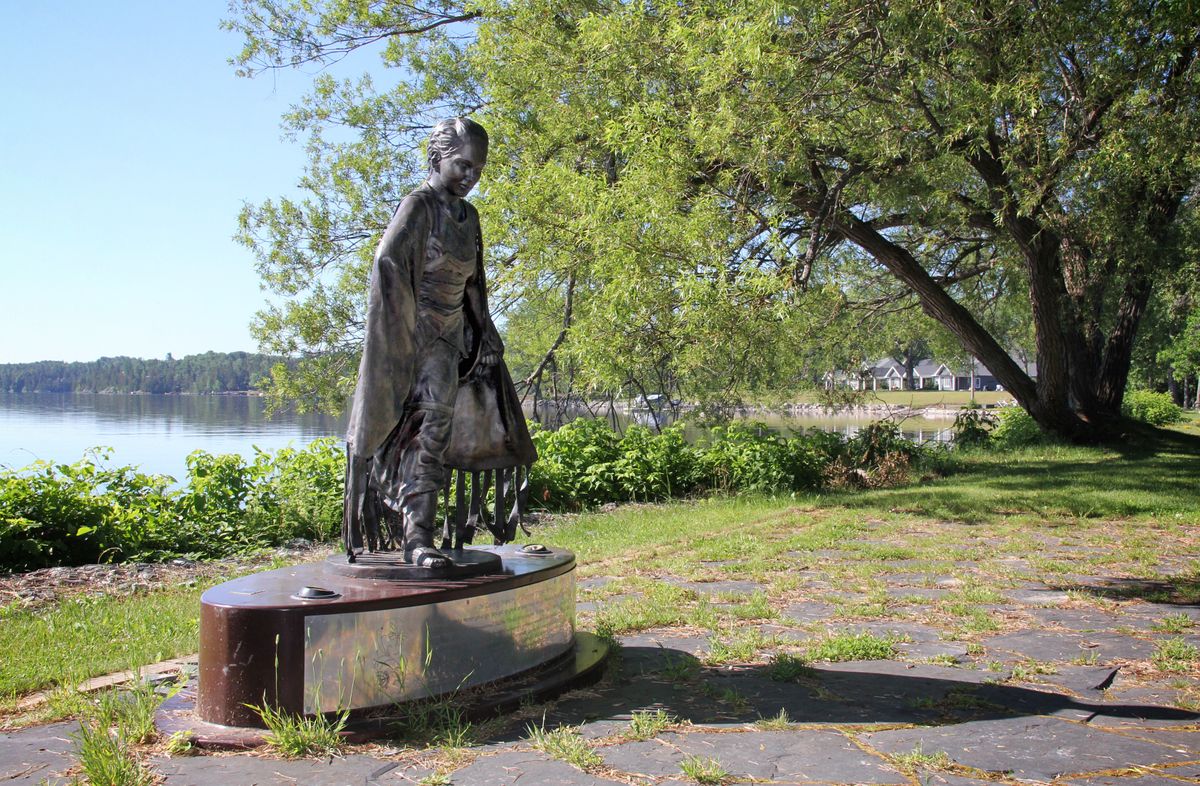 This sculpture honors 14-year-old Shannen Koostachin, who showed determination and resourcefulness when she campaigned for a suitable school for her community. 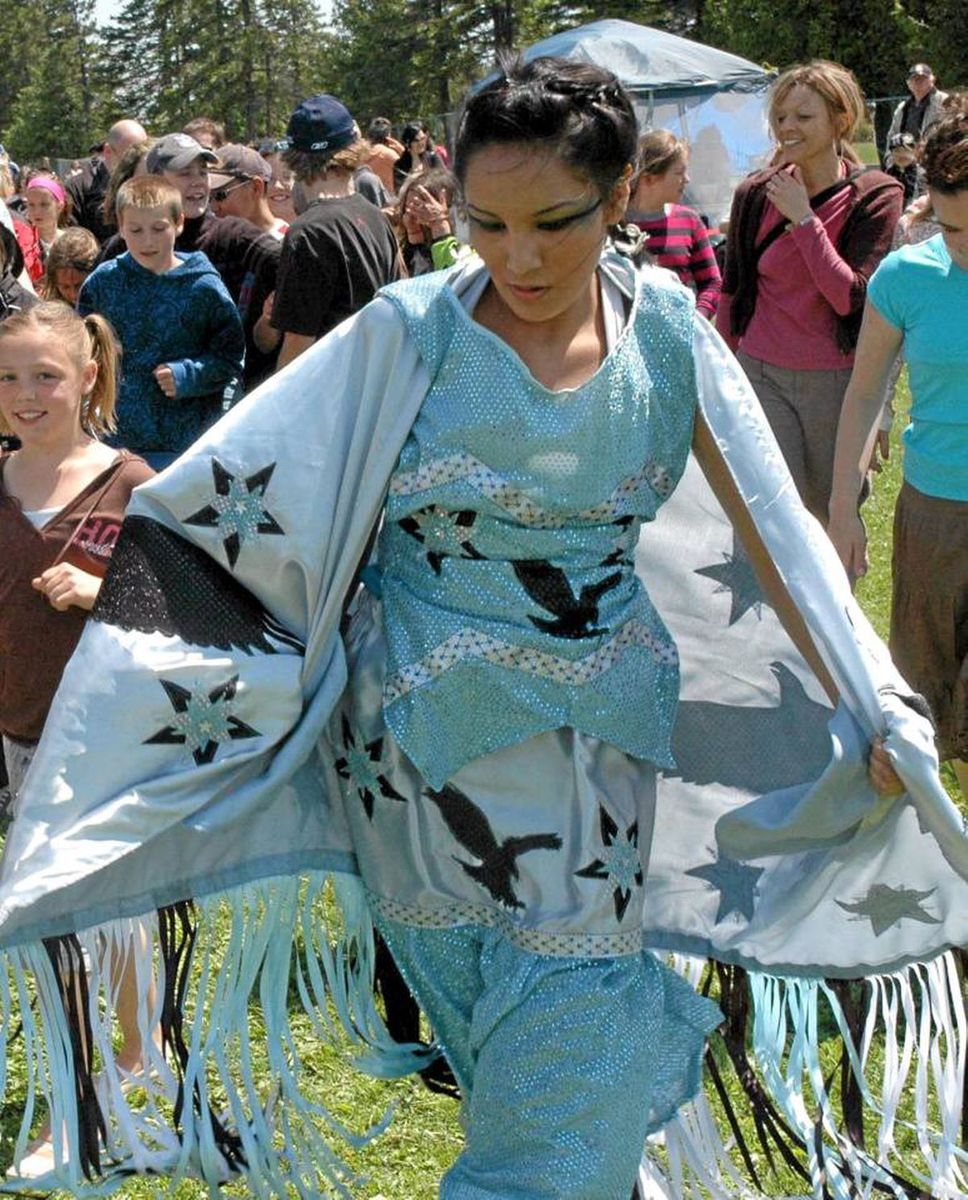 The Attawapiskat teenager organized children in her community to lobby for a school to replace the portable classrooms she grew up attending.

Shannen was named one of 150 greatest Canadians as part of Canada's 150th birthday celebration.

Shannen speaking at a rally at the Parliament in Ottawa 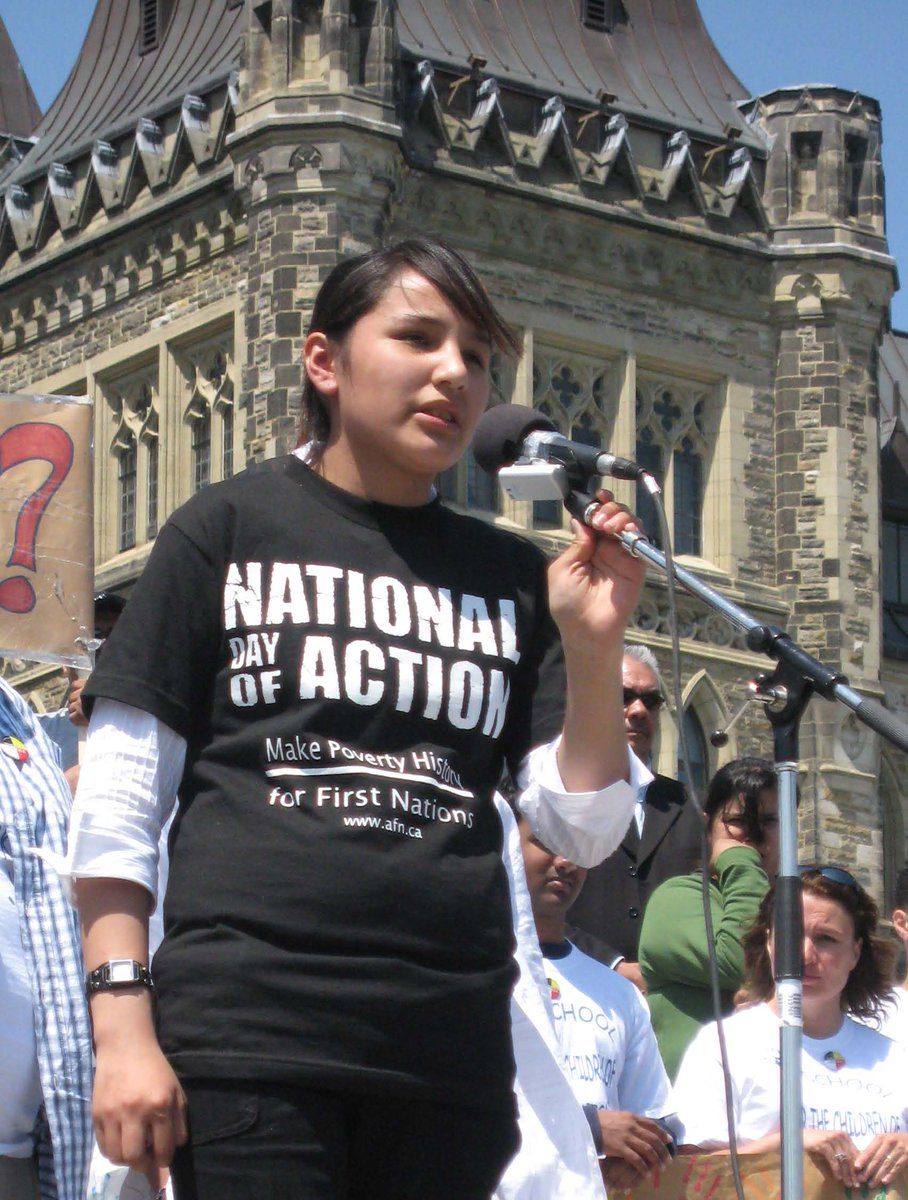 Shannen Koostachin at the National Day of Action on Parliament Hill in May 2008, a rally calling for better schools for First Nations children.

Shannen Koostachin of Attawapiskat First Nation led the Attwapiskat School Campaign, a movement to enable First Nations children to attend safe and comfortable schools and receive quality education based on their culture.

Demonstrating outstanding leadership as the ambassador for all of the children of Attawapiskat, Shannen was considered for the International Children’s Peace Prize awarded by Nobel Prize recipients.

In 2009, Minister Strahl of Indian Affairs promised the children of Attawapiskat a new school.

The young native left her mark in the community. Each year, Teminscaming District High School awards a scholarship in its name to a student committed to their community.
Get directions
QR code