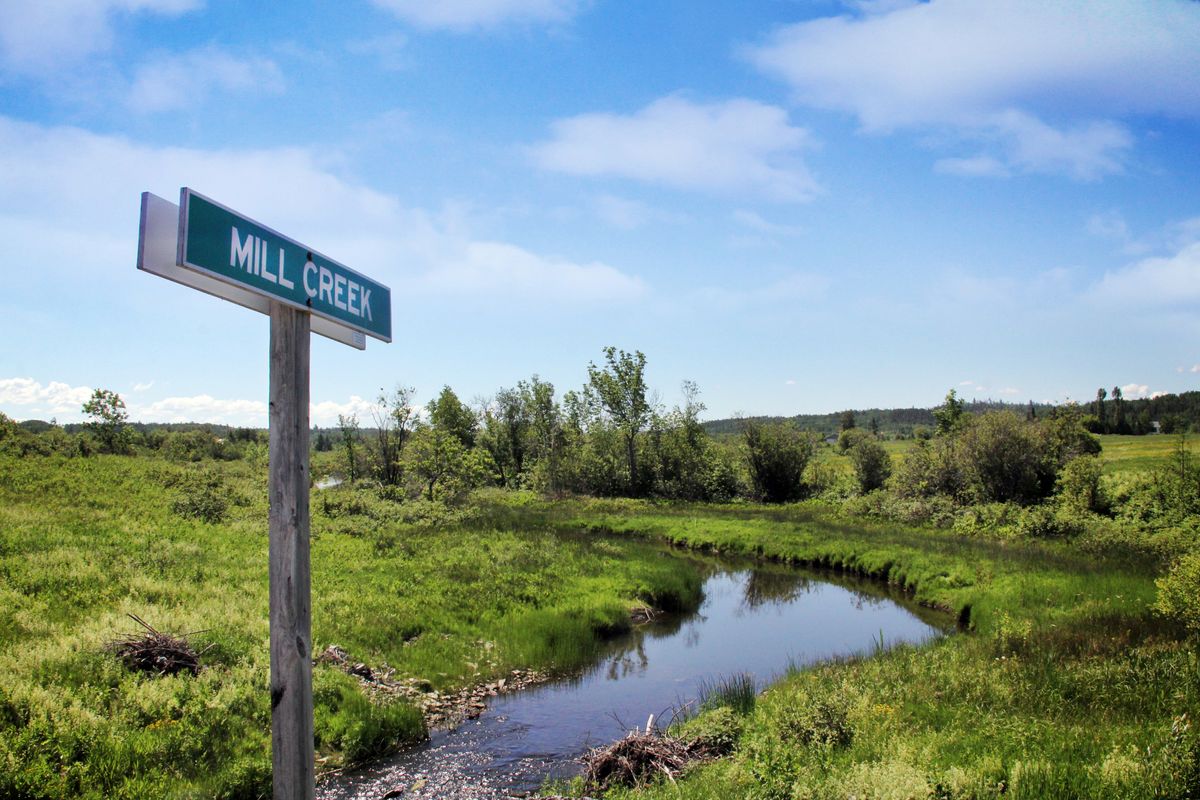 Mill Creek is home to one of the highest waterfalls in South Temiskaming. C.C.Farr operated a saw mill on Mill Creek that provided lumber for most of the early buildings in town. The trail provided a connection between North Cobalt and Haileybury. 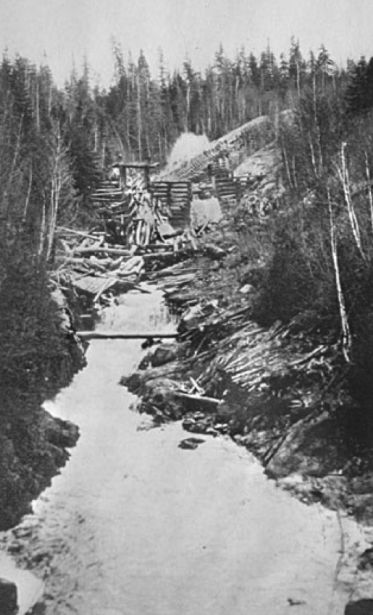 The Booth slide on Mill Creek was a water-filled runway built to carry “cribs” of timber around the river’s rapids. It was approximately 6 feet wide and 200 feet long. Remnants of it can still be noticed along the bank of the creek. 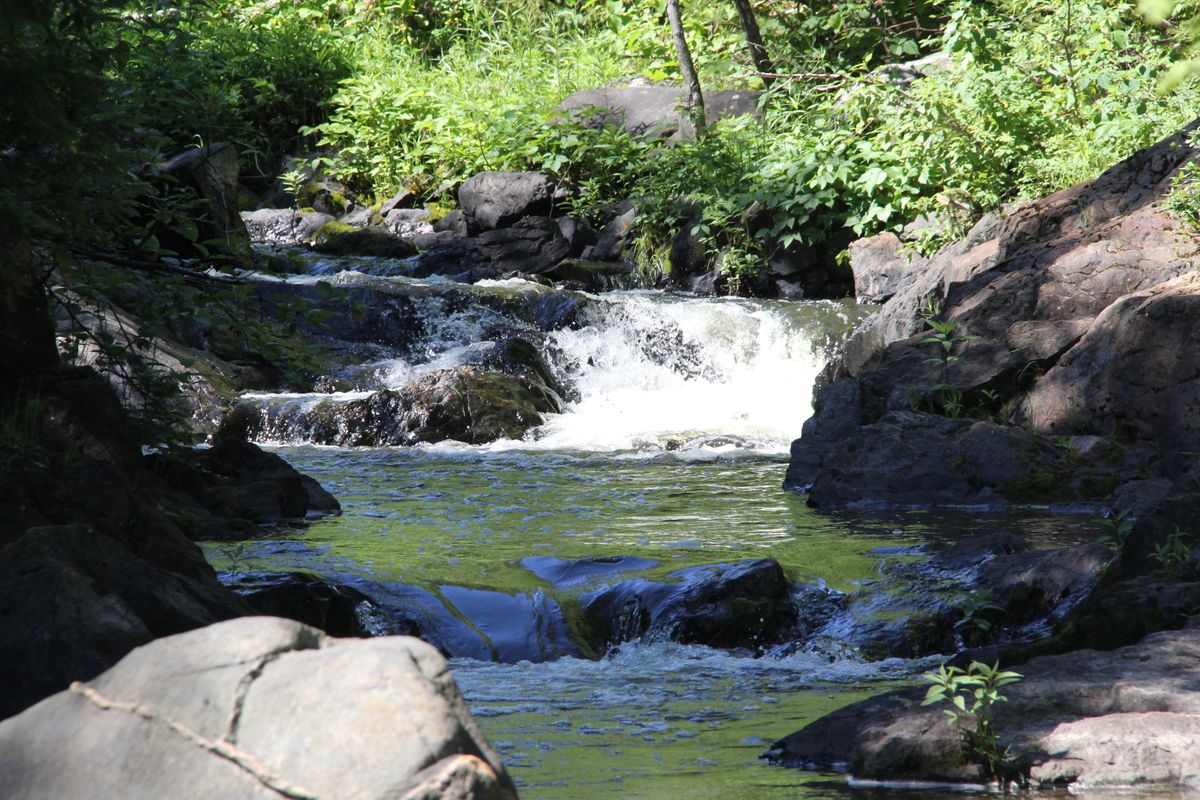 A section of the creek for which it seems that it is still possible to see the remains of the old ball slide along the shore today. 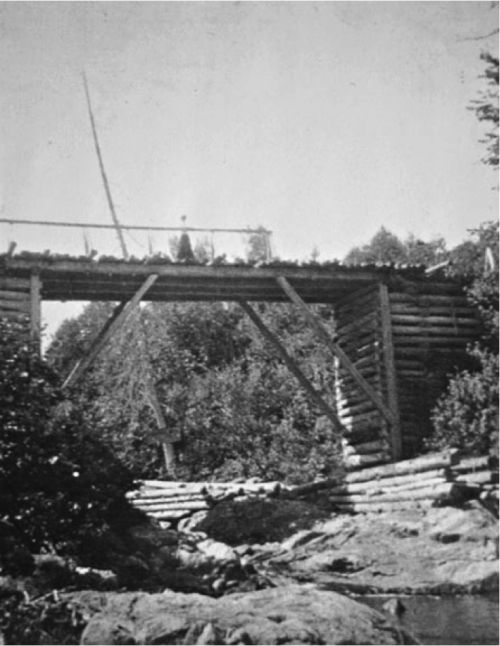 The Mill Creek Bridge measured 120ft and was utilized up until the 1930s.

Dare to explore the mysteries of Mill Creek!

This is the ancient site of Anishinabe nomads who passed through after hunting in the trails. They would portage their way from the Montreal River to Lake Temiskaming.

A flour mill was built here by Joseph Piché, son of Edouard Piché and Marguerite McAdams. In 1876, Edouard Piché arrived to work as a lumberjack for Thomas Murray, of Pembroke, who had established a trading post on the Quebec side in 1863. The Hudson’s Bay Company felt the competition.

Mill owners, Joseph and Jean, supplied wheat flour to the Saint-Claude Mission. It was the first flour mill in Northern Ontario and was sold about ten years later by John, Joseph’s brother, to Haileybury founder, C.C. Farr. He then transformed it into a sawmill to make construction timber for new settlers in the area. Since there was not enough current, in 1893, he moved the sawmill to Haileybury so that it could run on steam.

During the lumber industry era, logs would be floated downstream on Lake Temiskaming in the spring but would be piled up at Mill Creek.

There are still tombstones gathered in a circle in an old cemetery. It was in that very cemetery that C.C. Farr was originally buried, although his remains were later moved to the new site.

In 1910, an electric trolley shuttled between New Liskeard, Haileybury and Cobalt, facilitating product transportation. What’s more, for 10 cents, people could travel up to 40 miles! It was called the NCR (Nipissing Central Railway). A bridge for the trolley was built over Mill Creek, but in 1930, some people dismantled it for firewood. Although they were fined, the bridge was never repaired.

Around 2002, archeological digs were performed on the site. It has been more than 1,000 years since nomads or semi-nomads lived here to trade their hunting products with groups from the south, and sometimes travel together up to the Montreal River. You can still see what remains of these trails. Artifacts were found here.

This site was the inspiration for The Hardy Boys The Secret of the Old Mill.
Get directions
QR code