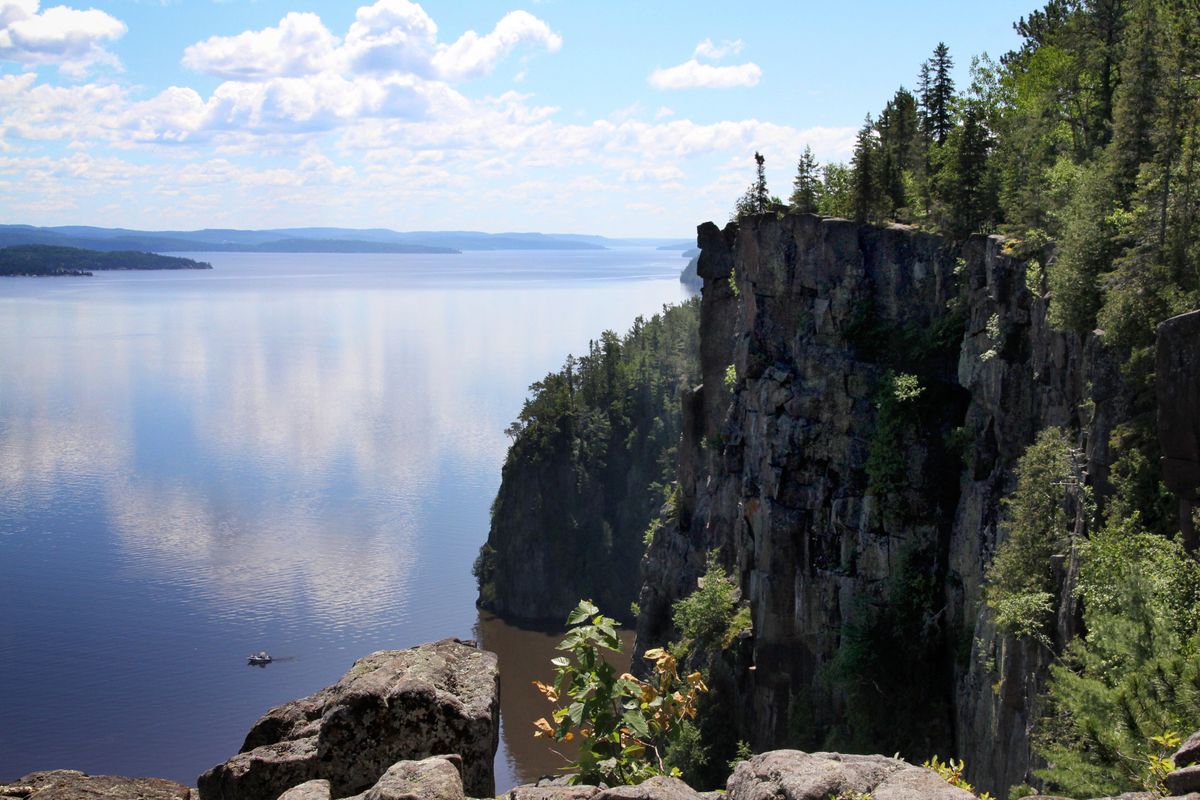 This impressive limestone cliff stands as a remnant of an ancient seabed. It consists of 410 to 500 million-year-old rocks of the Paleozoic era. 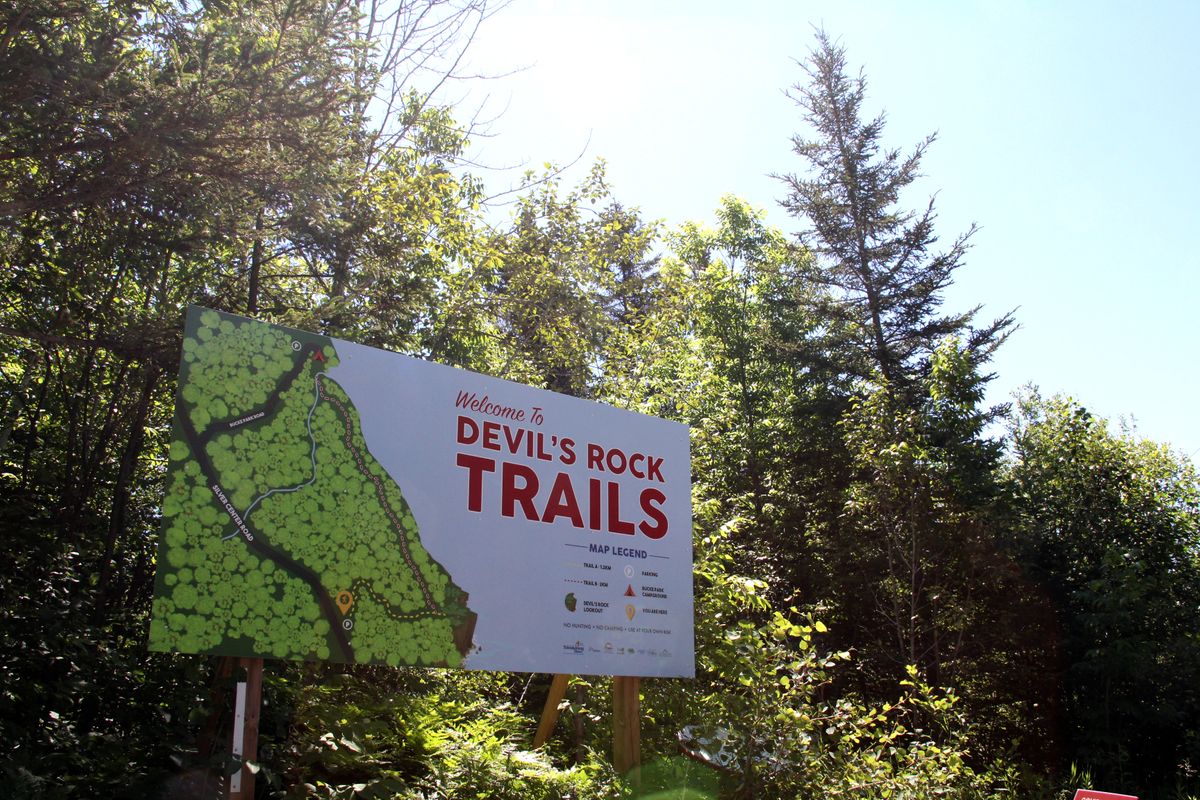 The route of approximately 3 km (or less than an hour one way) starts at the municipally operated Bucke Park (the road is not so accessible in winter), and has parking, signage and camping.

The walk becomes more of a gentle hike as you ascend the contours to the precipice. Enjoy the view but always be careful when walking near the edge! 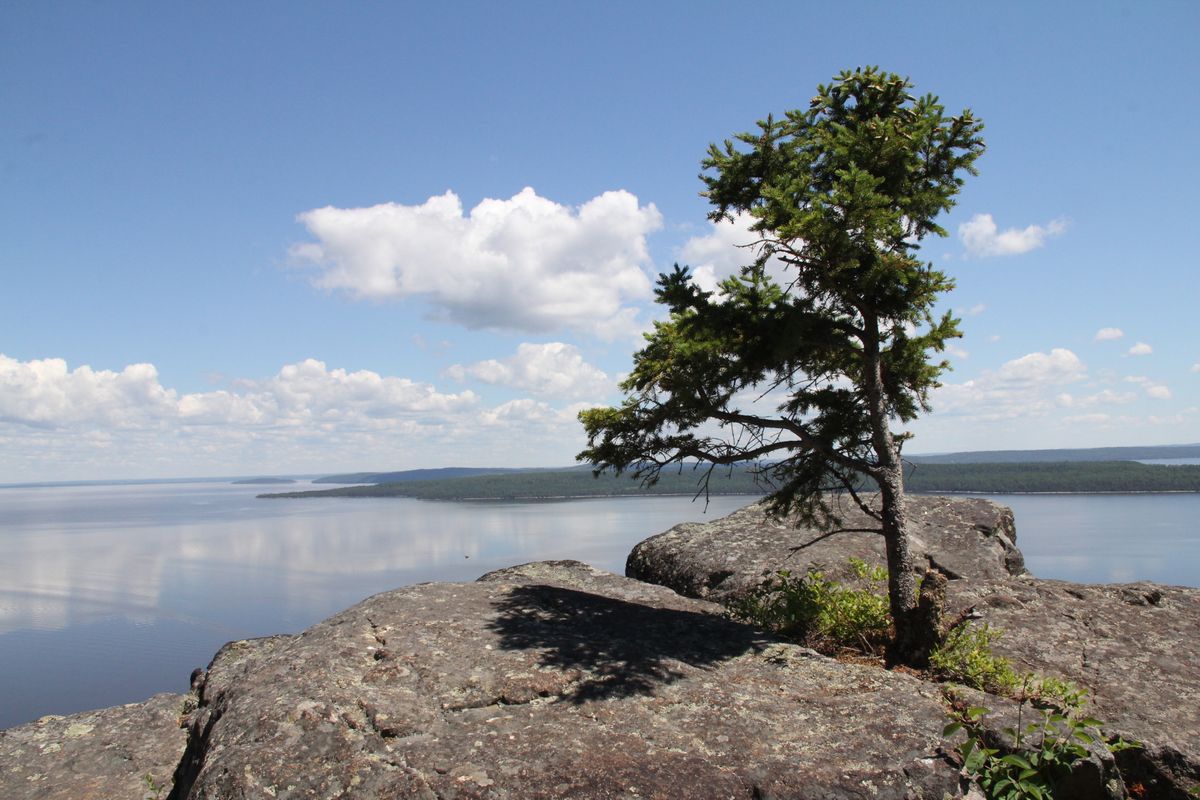 The 180°- plus panoramic view in three directions and the uninterrupted line of sight are unusual. 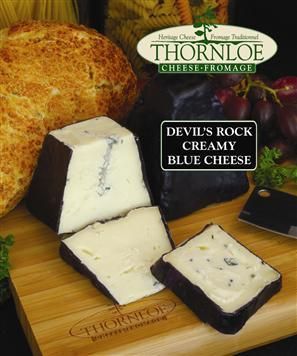 Devil's Rock blue cheese was created to depict and play up the iconic Devil’s Rock landscape in Temiskaming Shores.  This award winning creamy blue cheese from Thornloe was the Dairy Farmers of Canada top pick to celebrate the country's 150th birthday. 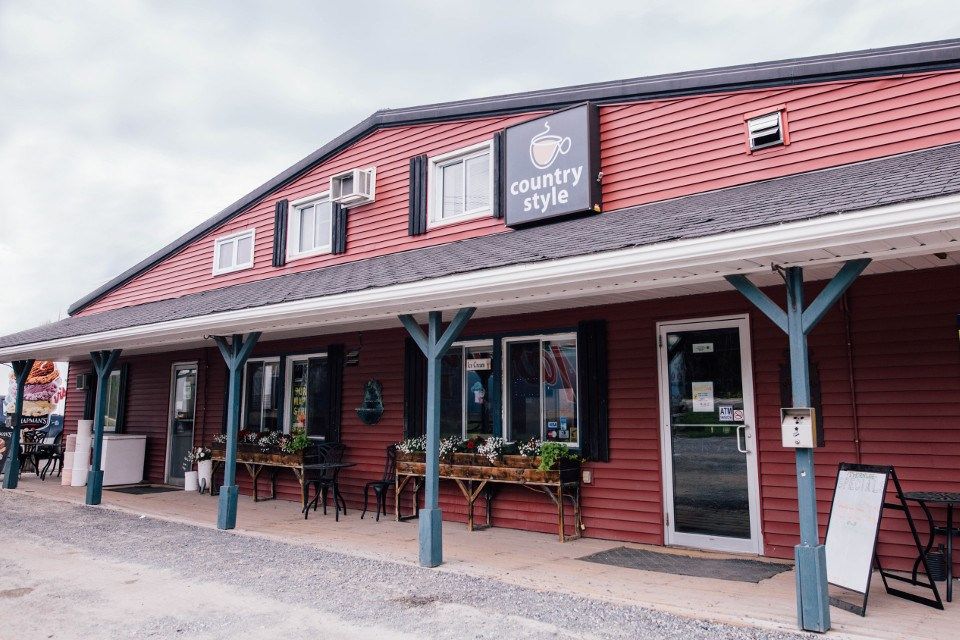 Devil’s Rock highlights the local geology, botany and folklore, and the origins of the name Mami-doo Aja-bikong. The rocky mass rises to 300 feet above Lake Temiskaming and goes nearly as far underneath, giving it a cliff height of almost 600 feet. At the top of the rock, you can see the shape of a devil’s face. The Thornloe Cheese Factory on Highway 11 North makes several artisanal cheeses with the milk of local dairy producers, including the “Devil’s Rock” blue cheese that was one of three cheeses selected for Canada’s 150th anniversary.

Every summer, the Aboriginals travelled this route to trade their furs with merchants in Montreal. In 1720, a trading post was built in the region, in an area called the straights, where Fort Témiscamingue is located, known today as the Obadjiwan–Fort Témiscamingue National Historic Site.
Get directions
QR code