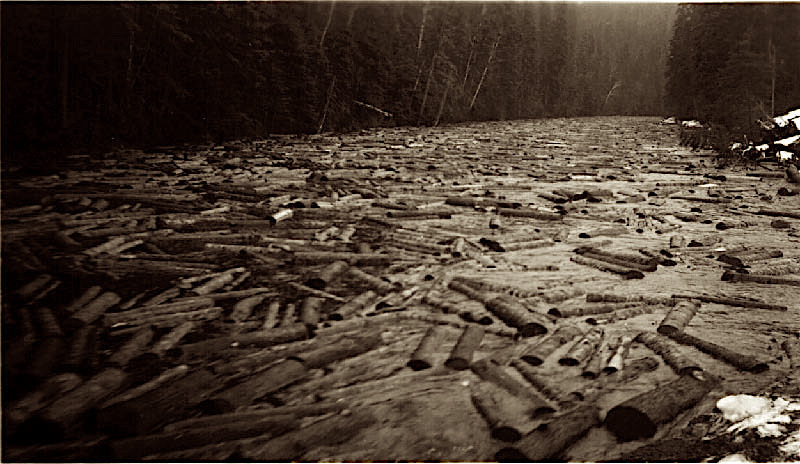 The Madawaska River was very instrumental in the early days of the Canadian forest industry, during the log drive era. We are in the region where the first trees were cut down for the Canadian naval industry.

The log drive technique consists of transporting wood by floating to its destination, which was once a common practice. Over the years, the forest industry has been transformed and many sawmills have appeared in the region, as well as several mills and a factory.

The origin of the name Madawaska

The origin of the name of the Madawaska River is unclear. Some historians share the opinion that the name comes from the Mi’kmaq word “Madouska,” meaning the river that does not freeze.

According to another interpretation, Madawaska rather means land of the porcupine.

The name Madawaska was also given to the nearby American city just across the river.

As for the city of Edmundston, it’s named after a former governor of New Brunswick, Sir Edmund Walker Head who, in 1856, visited Madawaska for the first time before the arrival of the first settlers. 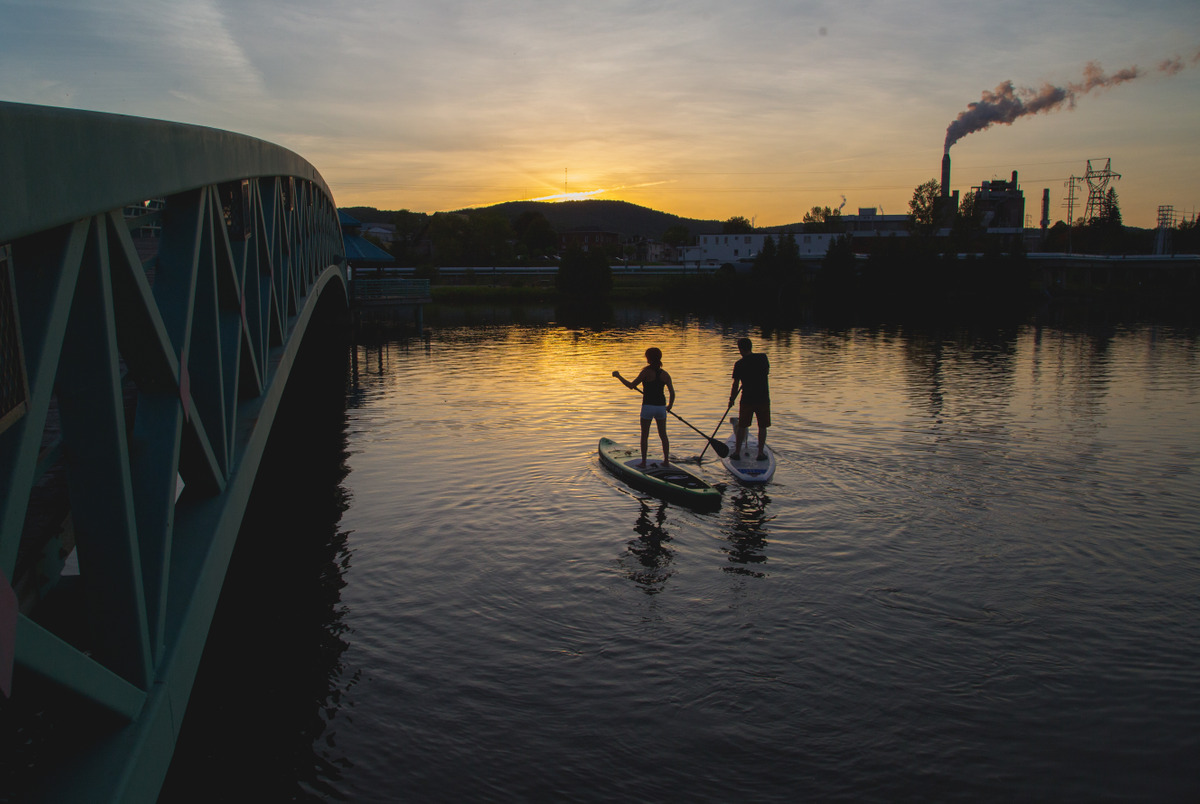 The Madawaska River and its Bernard-Valcourt pedestrian bridge bring a special character to the city. The park, called the Petit-Sault Park, is a real gathering spot for walkers, cyclists and families (children’s playground and swimming pool) and offers a place to relax with a picnic area.

The New Brunswick Botanical Garden and the Republic Provincial Park are located nearby on the banks of the same river, near Saint-Jacques.

In the summer, paddleboards, kayaks and small recreational boats take a leisurely stroll on the river. 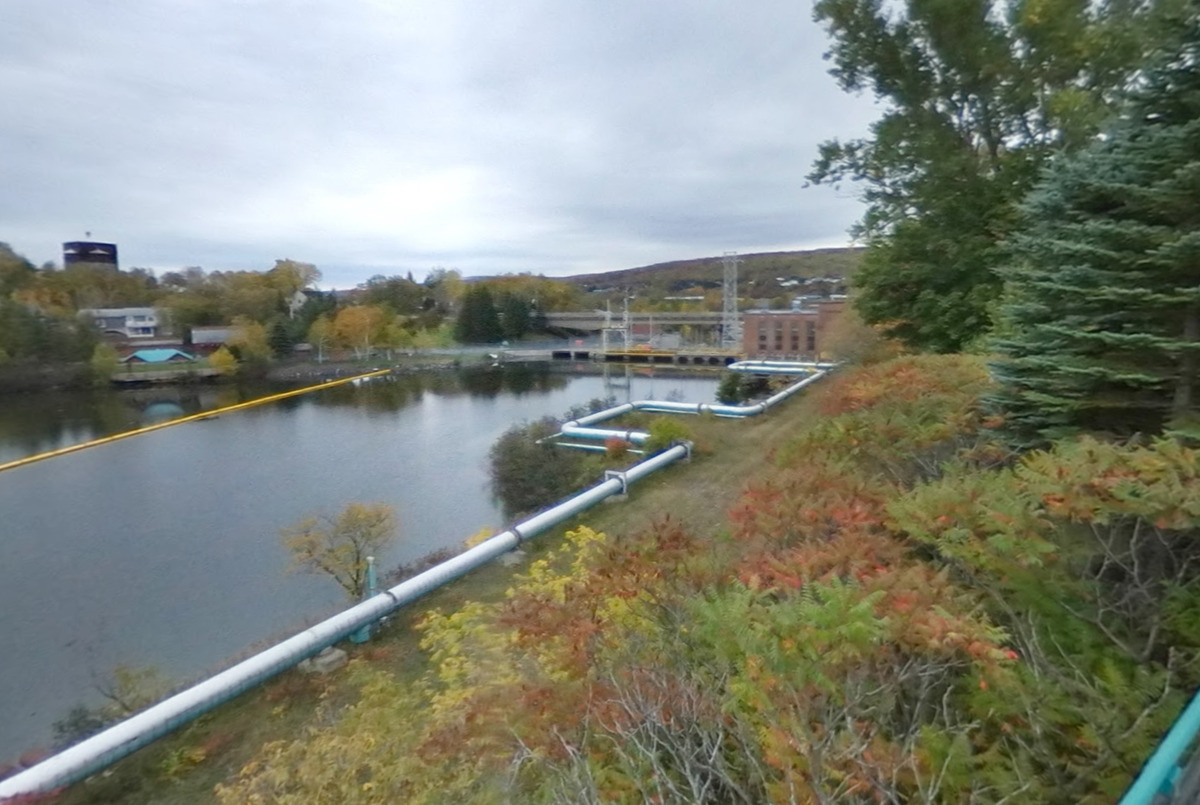 Along the river, these large calibre pipes connect two plants located on both sides of the border. They’re used for the steam and pulp flow. The Edmundston mill prepares pulp and the American mill in Madawaska transforms it into paper on the other side of the Saint John River.