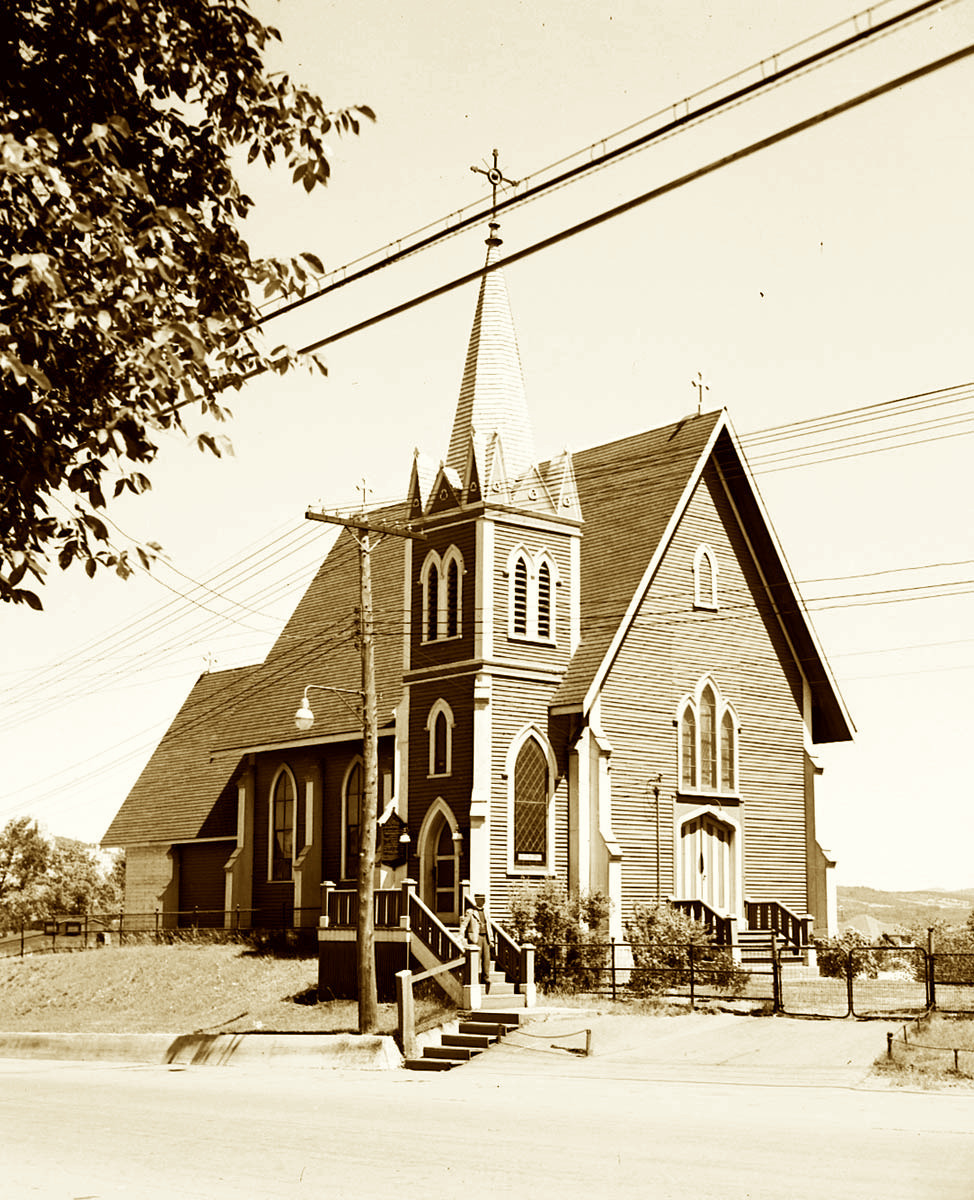 According to a plan submitted by the Anglican architect and Bishop John Medley, the St. John the Baptist Anglican Church was built between 1878 and 1887. It has been listed as a Provincial Historic Site since 1991.

The building represents the most northerly example of these Gothic Revival church buildings to be found throughout New Brunswick.

John Medley was a strong supporter of Gothic Revival architecture. He witnessed the construction of over one hundred Gothic Revival churches in New Brunswick during his 47-year episcopate.

The oldest church in town

St. John the Baptist Church is the oldest church in the city. It’s recognized as a monument in the community.

Its architecture is reminiscent of the Scandinavian moat churches of the same period, considering its low walls, steep gables, deep borders and eaves.

Its common features, which can be found in many locations in New Brunswick, are consistent with John Medley’s architectural vision. The church’s large exterior tower and bell tower added to the northwest side of the building in 1927, based on a three-phase Gothic plan, highlight the Anglican community’s appreciation for architectural aesthetics.

This church has been part of the cultural and religious heritage of the City of Edmundston for more than a century. It bears witness to an active Anglican community in the predominantly French-speaking northwest, at a time when Edmundston experienced considerable development thanks to the railway and lumber mill industry at the end of the 19th century. The cemetery that surrounds the church on three sides attests to the close ties between this place of worship and the families of the surrounding community. 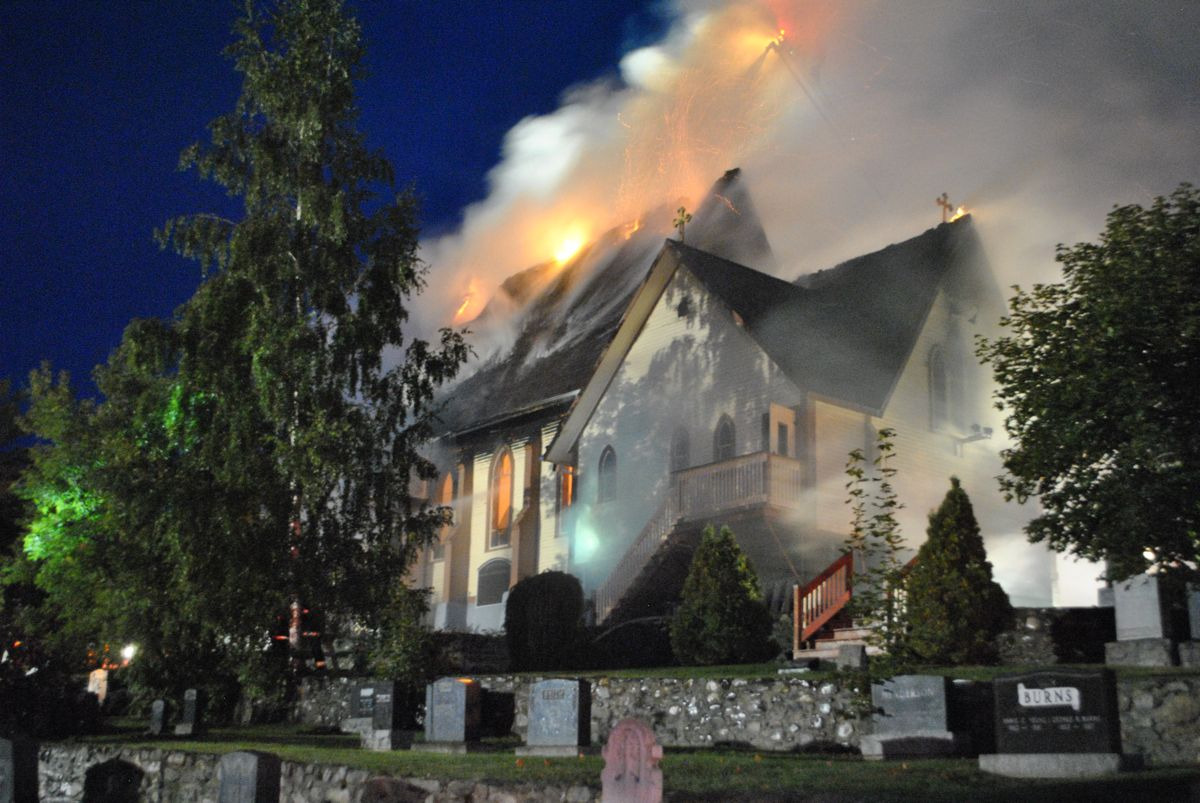 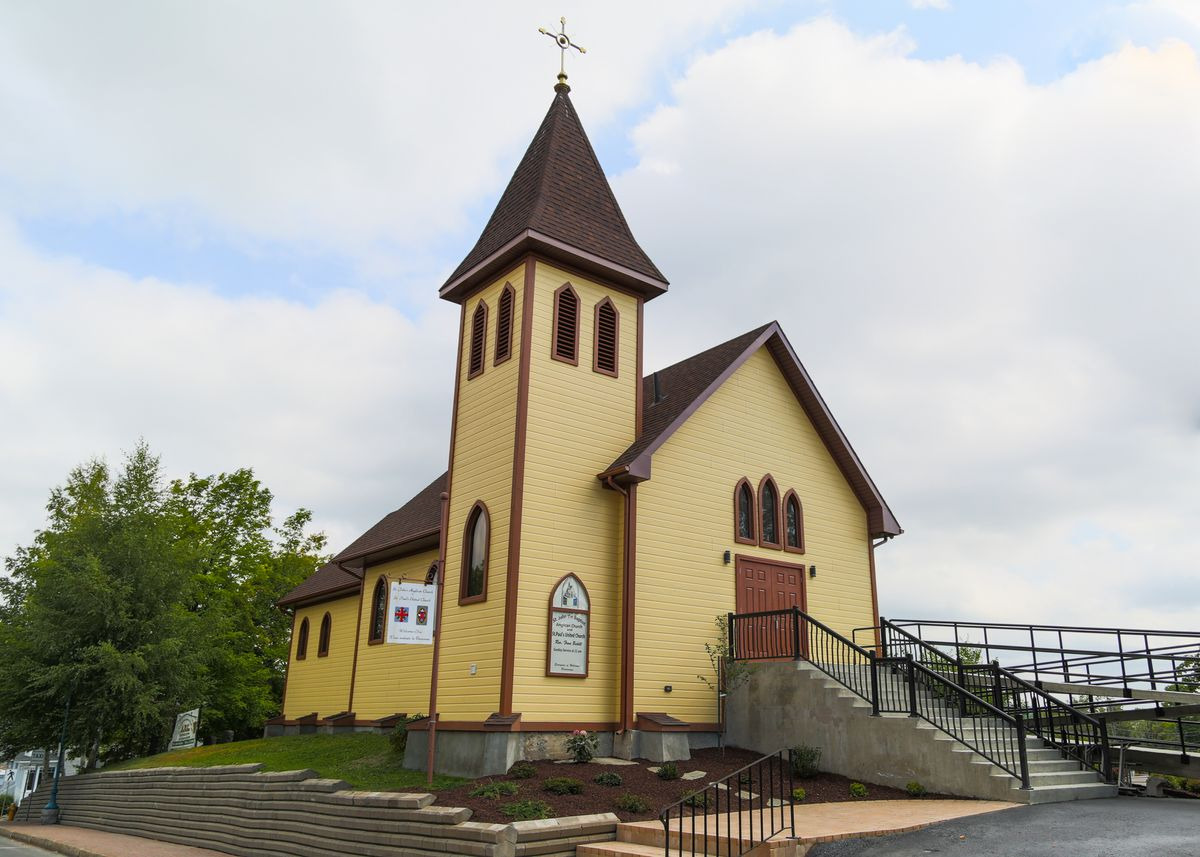 Note the large tower and its bell tower, as well as the overall exterior architecture, consisting of a simple wooden frame, including grooved planks and decorative wooden buttresses in the Gothic style. 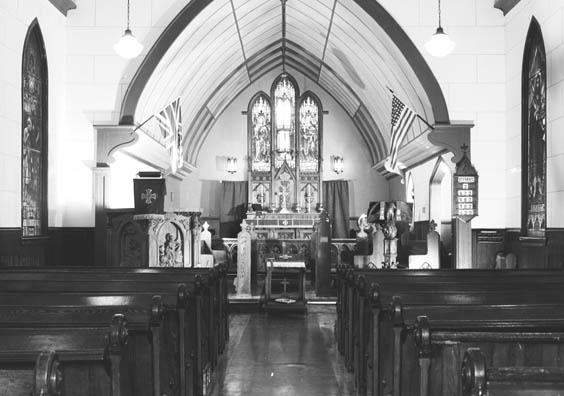 The central aisle of the nave, unchanged since the 1880s, and its main entrance in the centre of the west end.

​​​​​​​The relatively intact interior of the church and the chancel, as early as 1887, is separated from the nave by prominent pointed arches at the edge of the walls and the vaulted ceiling.

The Gothic Revival composition of the building, the main elements of which include a large triple lancet window above the altar.

The focal point of the church interior is balanced by a triple lancet window overlooking the main entrance and single lancet windows in the rest of the nave.