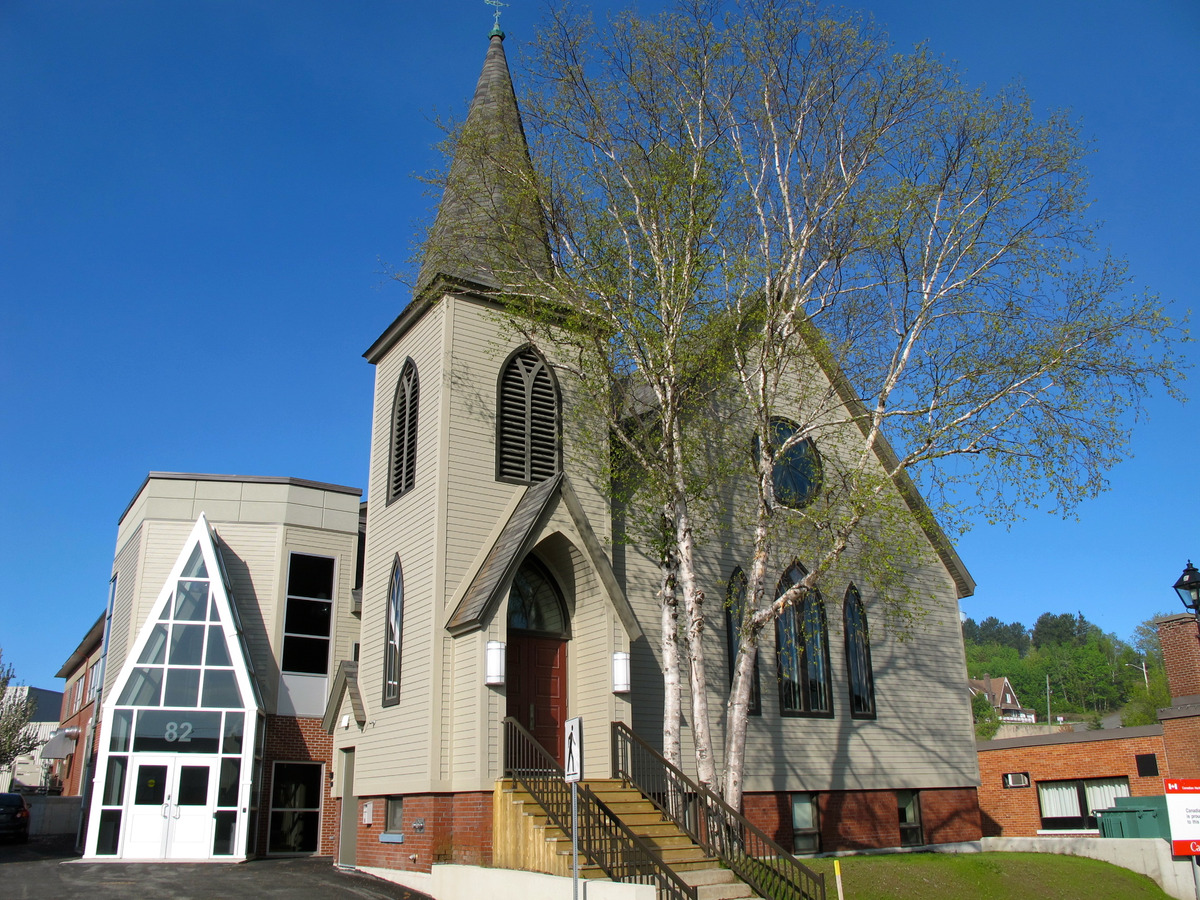 In the evenings, the Centre presents concerts and shows in a warm and intimate atmosphere. 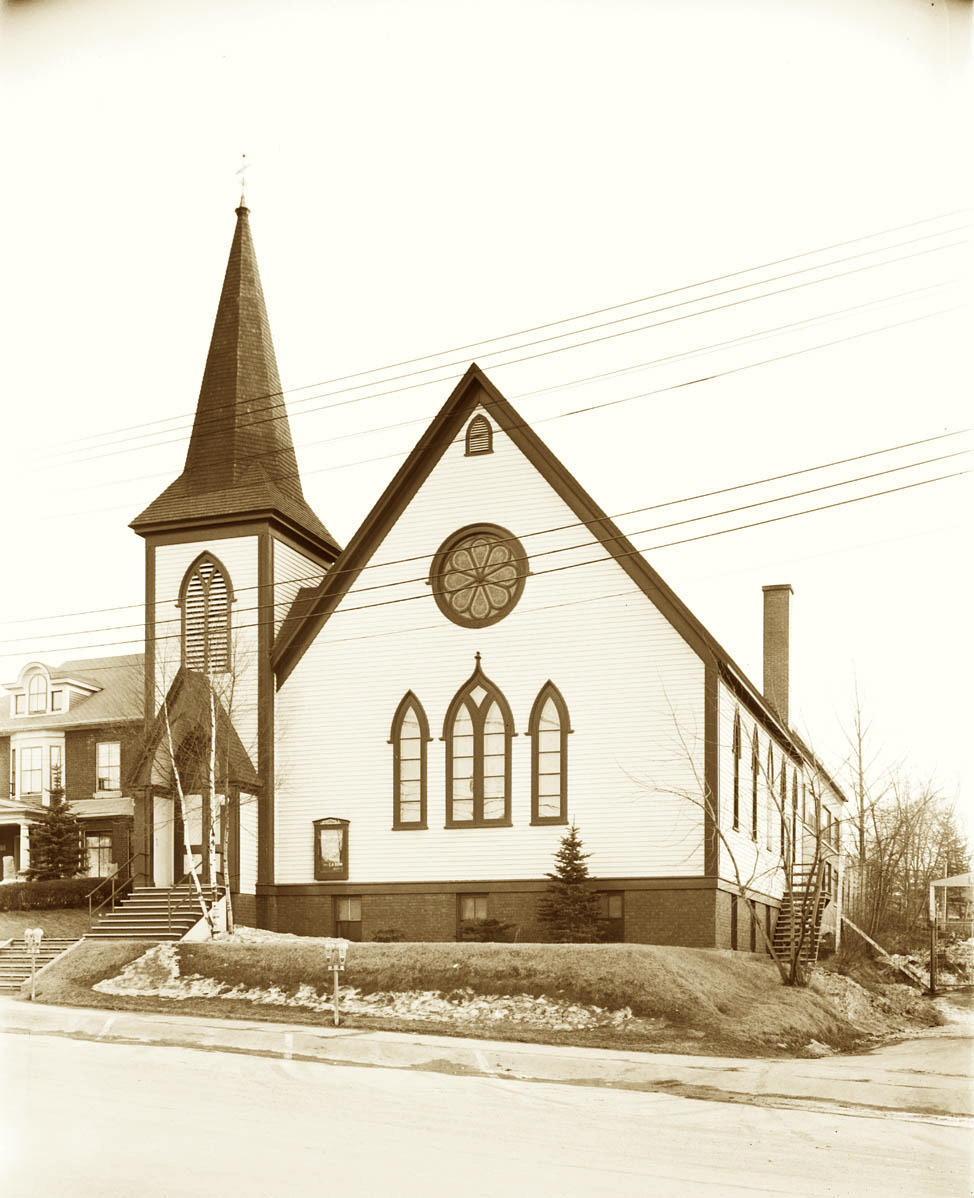 Built on Canada Road in the heart of Edmundston in 1926, St. Paul’s United Church is a late Gothic Revival style one-and-a-half storey wooden building. It’s equipped with a tower.

This church is designated a Provincial Historic Site because of the role it plays in the cultural and religious heritage of the City of Edmundston.

The provenance of the members who attend St. Paul’s United Church goes beyond the normal boundaries of a city church.

The Protestant congregation in Edmundston, as well as those in the neighboring regions of the Quebec Province and the state of Maine, have formed an international congregation that has existed for several generations. The members of the congregation have ancestors from as far away as Great Britain, Scotland, Ireland and the United States.

St. Paul’s United Church continues to bring together the English-speaking community of Edmundston as a place of worship. 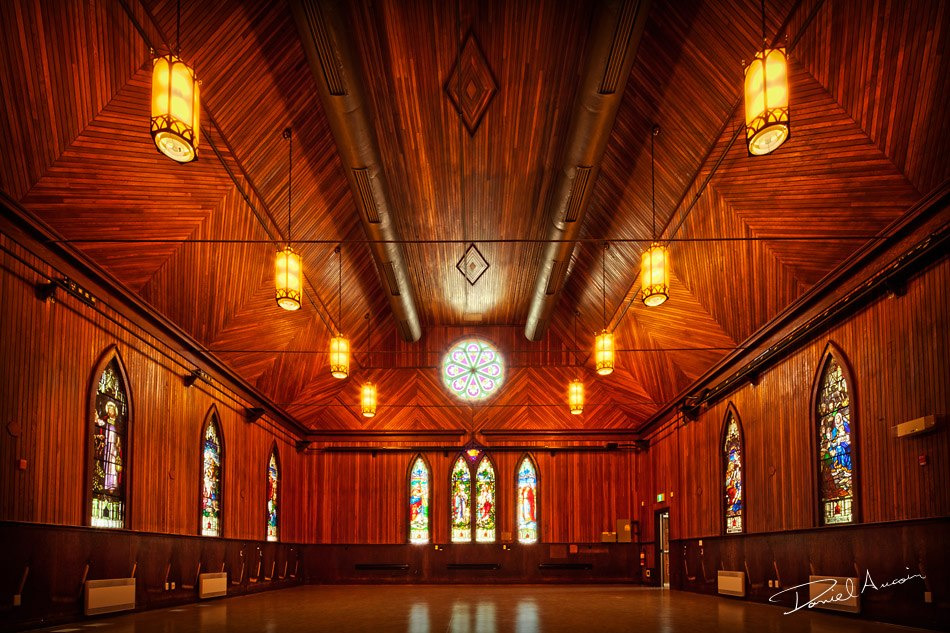 The neo-gothic architecture of St. Paul’s United Church gives it a very special atmosphere. The wood interior is absolutely magnificent.

This church replaces a smaller Presbyterian church that once stood on the same site. It’s remarkable because of all its architectural elements. It features, most notably, an angular tower that enhances the front façade of the building. It was designed by contractor Moses Mitchell of Fredericton, who designed the plans and supervised its construction.

St. Paul’s United Church was built at the same time as the imposing stone Catholic Cathedral of the Immaculate Conception. 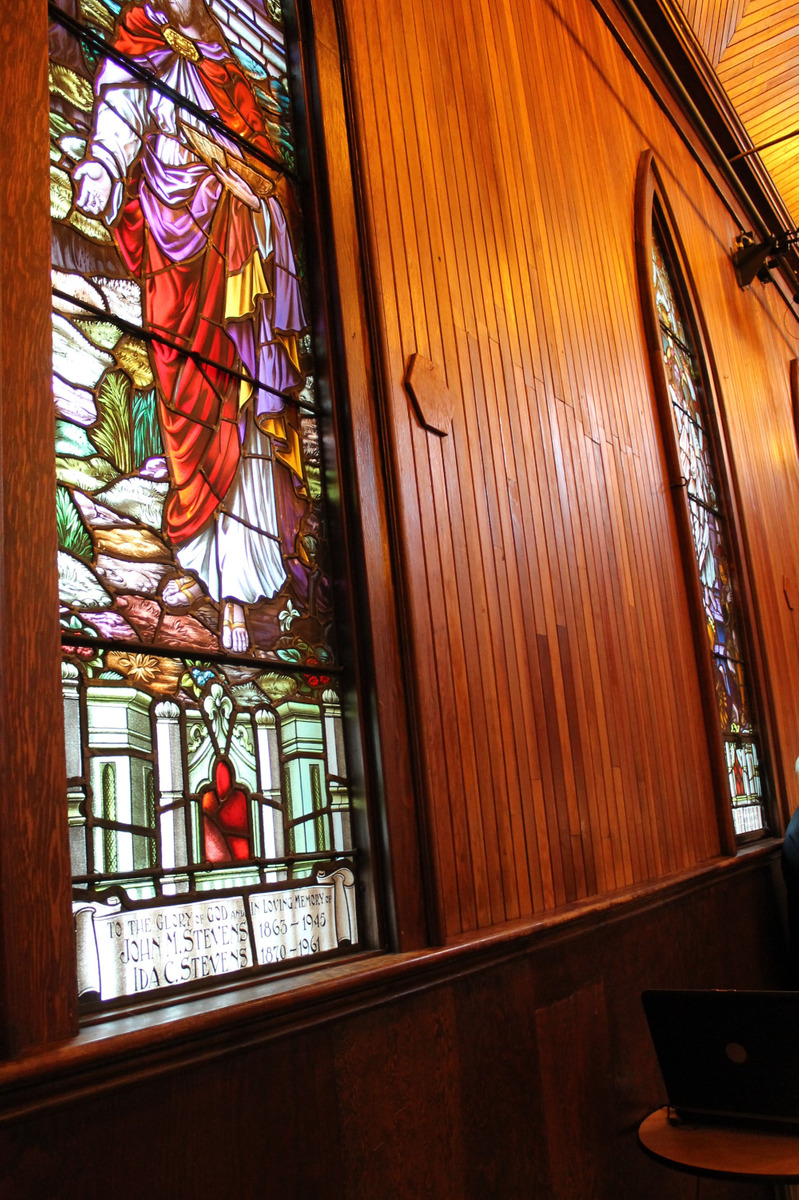 Designed and built in conjunction with the establishment of the new Canadian denomination (the United Church of Canada), St. Paul’s United Church is recognized as one of the first united churches to be constructed in New Brunswick.

Features relating to the interior elements of St. Paul’s United Church include the following…

The stained glass window inlaid with painted and heated designs dating from the mid-twentieth century designed by Luxfer Glass Studios of Toronto.

The green Douglas Fir tongue and grooved panelling on the interior.

The organ is a Casavant organ.

We will notice that…

The front façade is of neo-gothic style taking a rectangular shape.

The neo-Gothic composition is in harmony with the exterior architecture of the church and the window coverings, the main entrance, the roof line, the tower and the bell tower.

The gable roof is steeply pitched and has eaves.

The presence of applied corner boards.

The regular fenestration of the lancet windows.

The 14 windows honoring the memory of the English-speaking founders of St. Paul’s United Church in Edmundston.

The front entrance, with seven steps rising from the ground floor;
The Gothic style recessed enclosure at the base of a two-storey tower of the same style with a bell tower on the second floor, covered with a hexagonal conical needle.