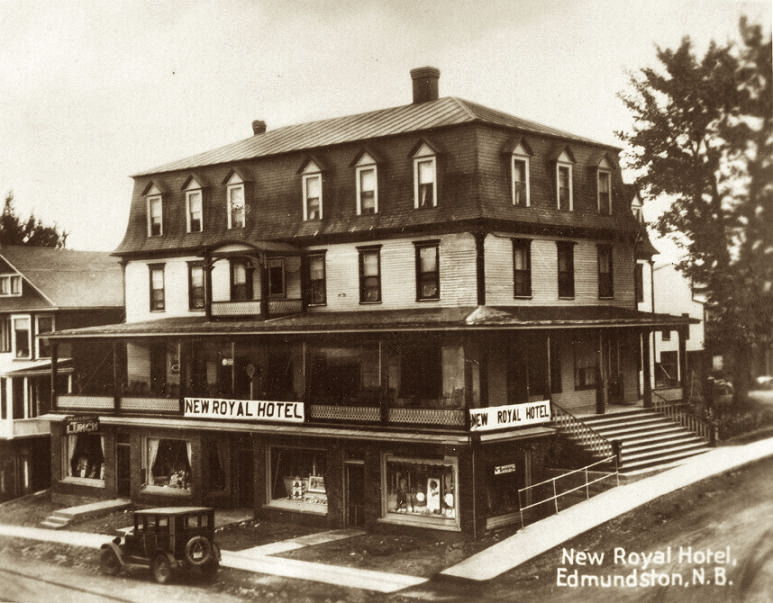 Several important buildings were once located on the site of the current Place-de-l’Hôtel-de-Ville in Edmundston. They included the New Royal Hotel, the Boucher Funeral Home and the Hartt Sisters’ house.

As time goes by

Over the years, the hotel has passed through the hands of several owners. The most important one is Aurèle Boucher, Mr. Gaspard Boucher’s father. The Boucher family has greatly contributed to the development of Edmundston, especially Gaspard Boucher.

The Hartt sisters’ house used to be located nearby, on the same square. This house was home to a post office from 1878 to 1922 approx. The Hartt sisters were the first to be in charge of receiving and distributing mail. 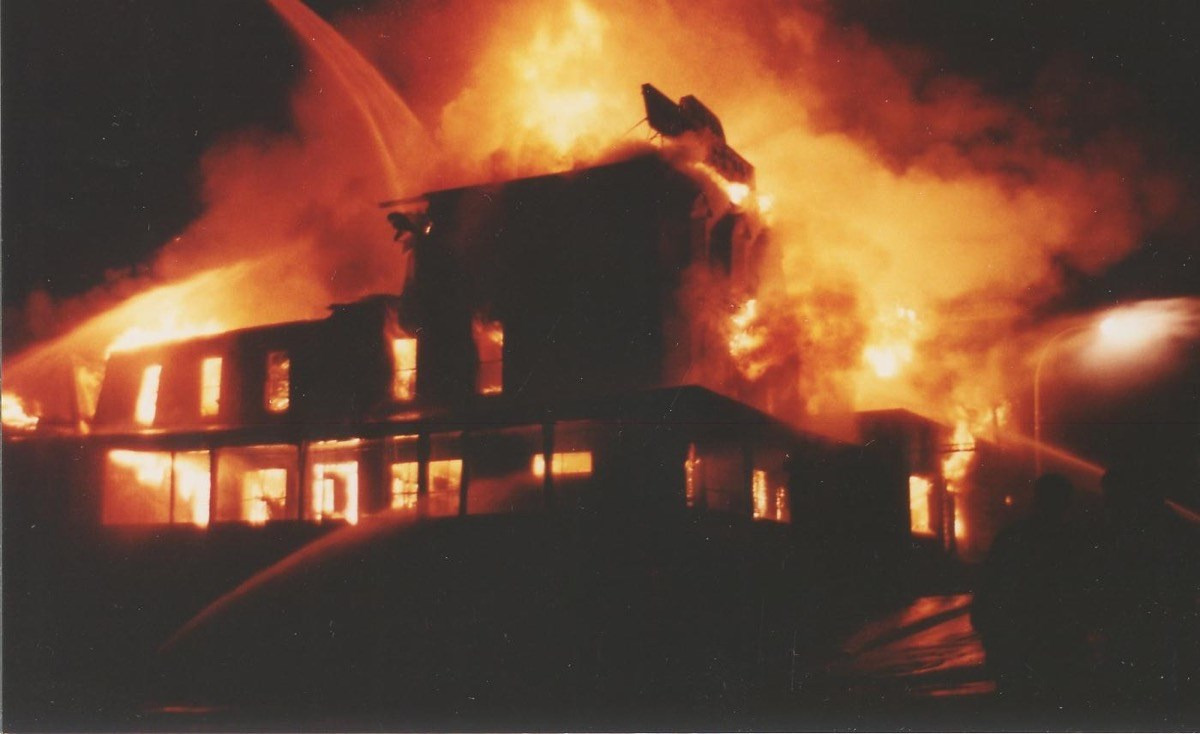 In 1989, the hotel was completely destroyed by a violent fire, one of the most devastating in the history of the city.

Located across Canada Street, the former Boucher Funeral Home, built in 1920, was also destroyed by the 1989 fire. It was located next to the hotel.
The Hartt Sisters’ house, which used to be nearby, had been replaced by a gas station several years before the 1989 fire. 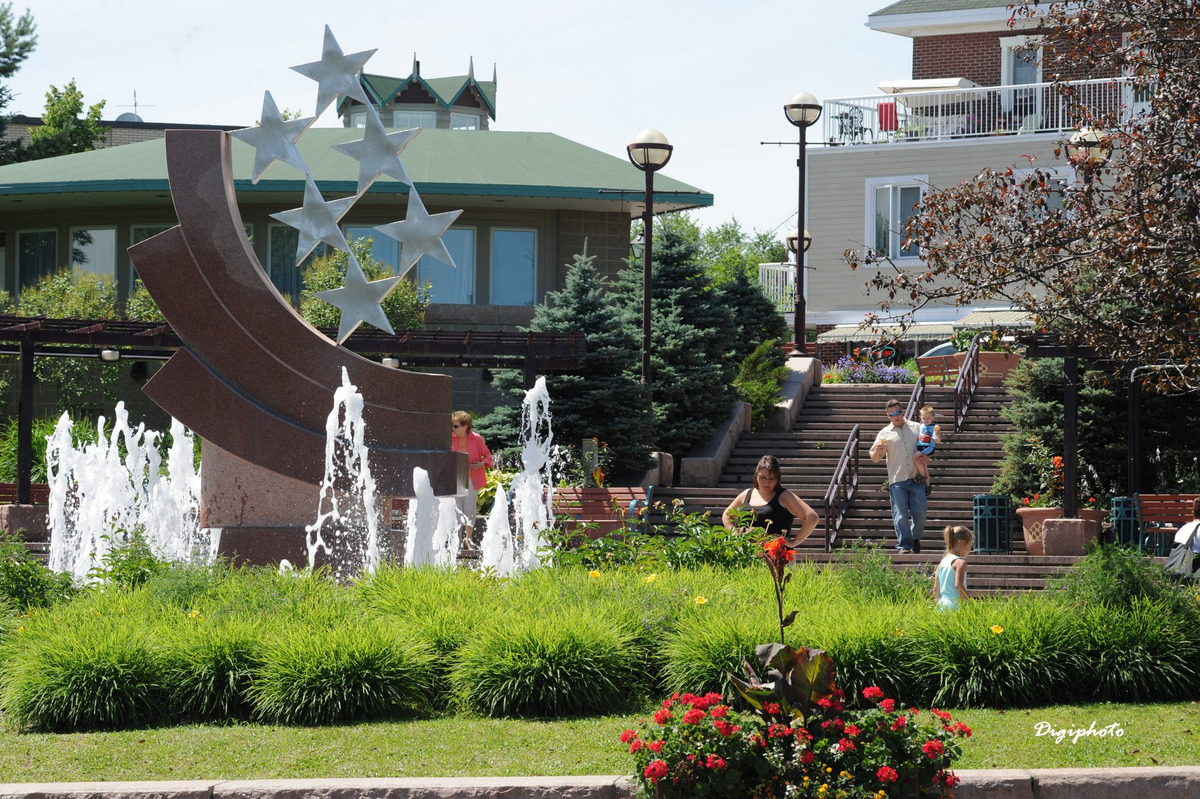 The Place de l’Hôtel-de-Ville Park, built in 1994 by the city, is located where several buildings have disappeared. A commemorative plaque highlights the great effervescence that once took place at this location.

Today, the Place de l’Hôtel-de-Ville Park is also known and appreciated for the activities taking place there. It hosts many events that are held throughout the summer in the heart of the city. The Jazz and Blues Festival is celebrated during the month of June and attracts music lovers from all over the city. In addition, Musical Wednesdays, organized by the City of Edmundston, help promote local talent.

At the top of the park pavilion located on Court Street, a replica of the tower of Edmundston’s old City Hall is proudly displayed. 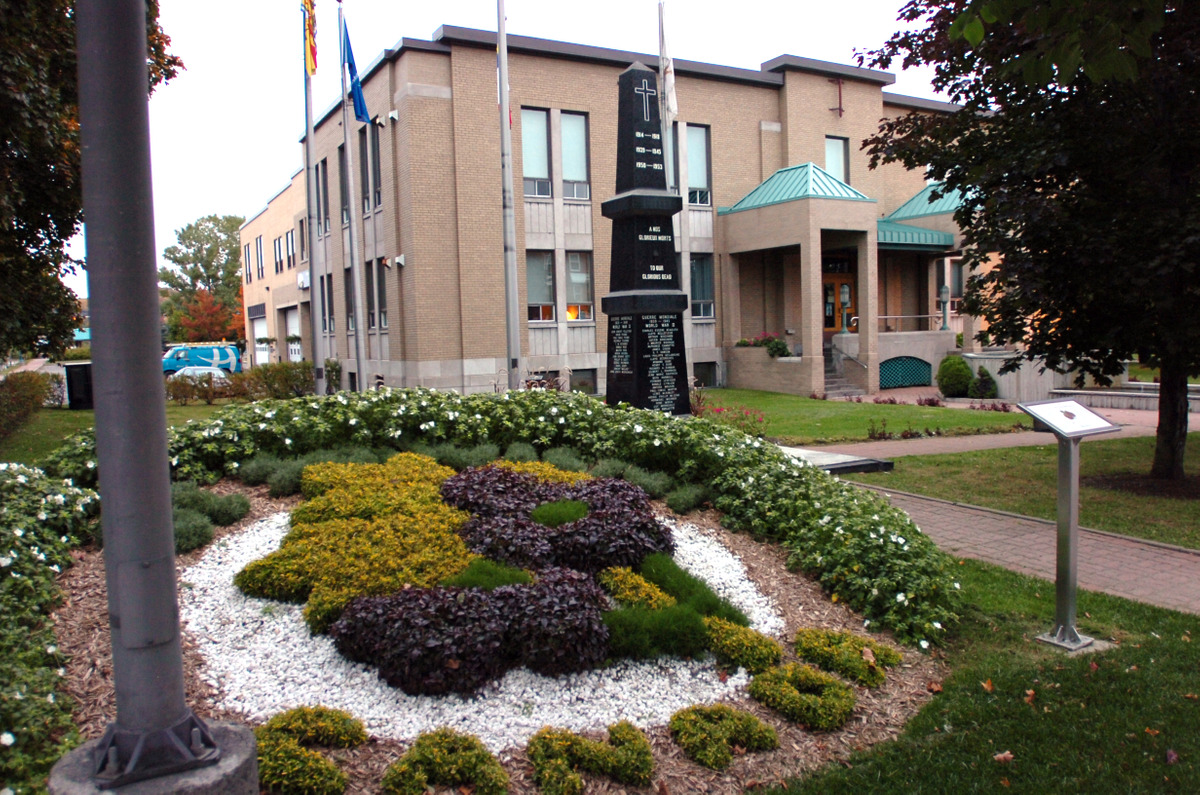 The Edmundston City Hall (Hôtel de Ville) is located near the park of the same name. 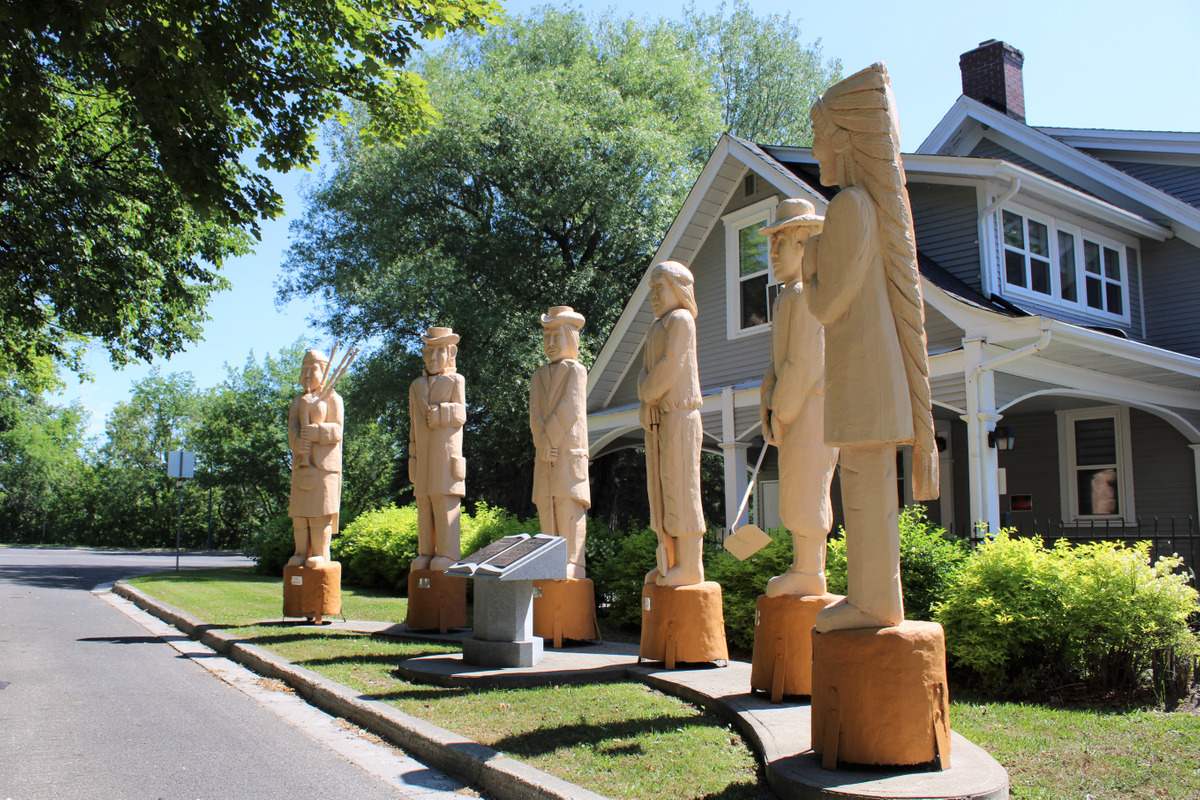 On the right of the City Hall, magnificent wood sculptures by artist Albert Deveau pay tribute to the different nationalities which came together to build the Madawaska.