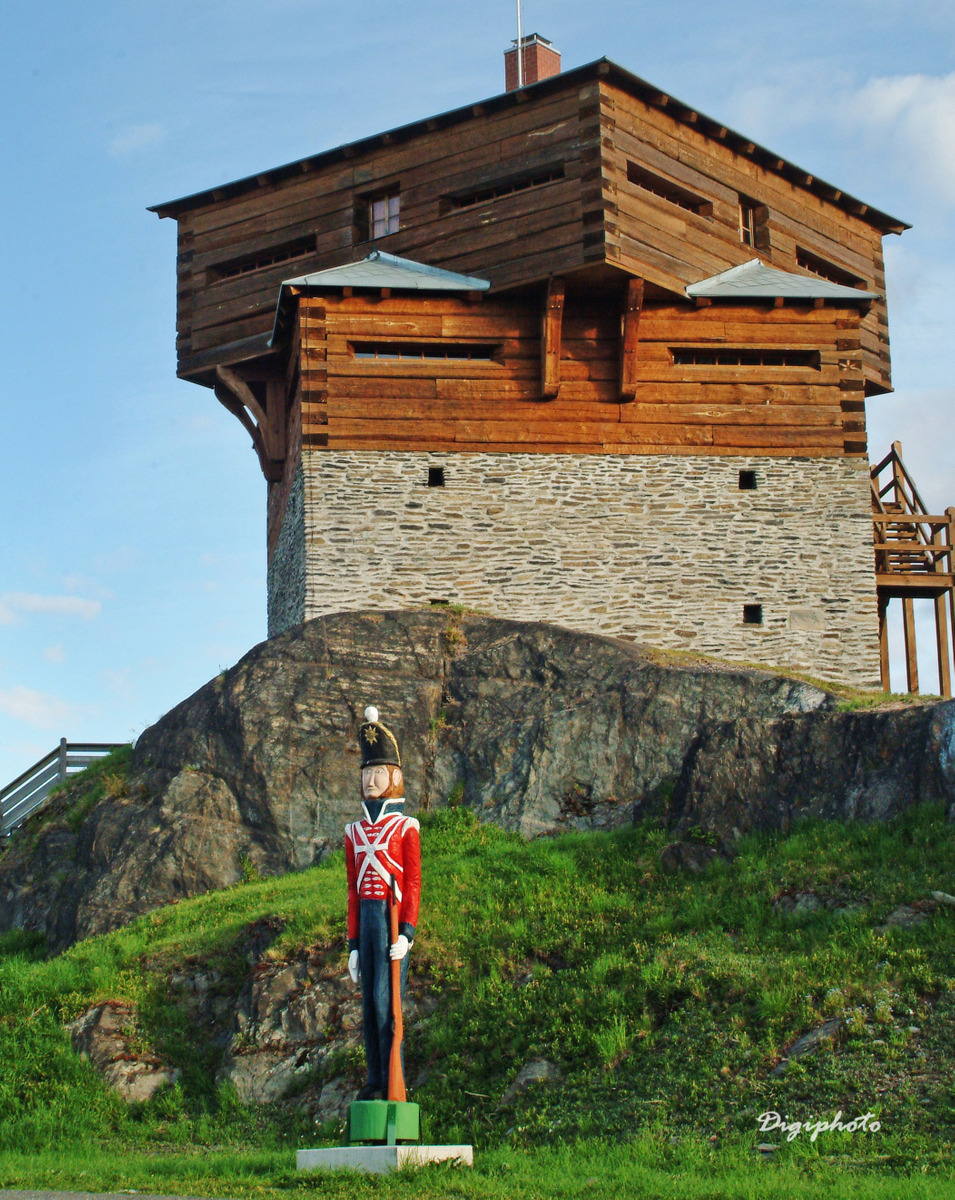 The Fortin du Petit Sault (or Fort Madawaska), built in 1841 by the British army, is a blockhouse, a small fort barely big enough to shelter a few men that was strategically built to withstand enemy fire. 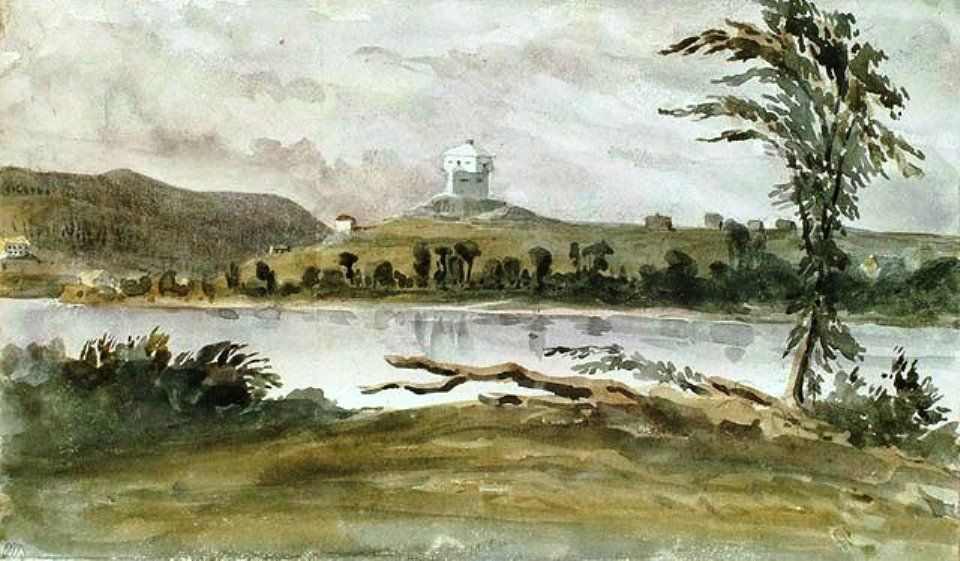 This fort was strategically positioned to protect the territory at the height of the border war between the United States and England, being located near the confluence of the Madawaska River and the Saint John River.

Here is another interesting view of the Blockhaus in this watercolour by Philip John Bainbridge painted in 1842.

The Border War with the United States, also known as the Aroostook War, ended in 1842 with the signing of the Ashburton-Webster Treaty, with the St. John River now serving as the border between Maine and New Brunswick.

A glance through the window panes allows one to grasp the breathtaking view from the fort, which dominates the Madawaska and Saint John River valleys. After a brief useful life, the fort was abandoned and then destroyed by lightning in 1855. It was authentically rebuilt in 2000 as a historical interpretation site.