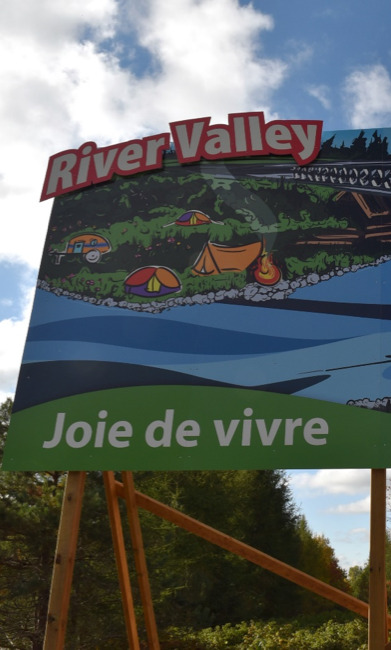 River Valley is the most northerly community in West Nipissing.

The town began as a lumber camp in 1890 with the lumbermen mostly coming from the Quebec communities of Gatineau, Maniwaki, Gracefield and Masham.

For their welcome sign, community residents wanted to pay homage to its lumbering roots while representing the experiences for which it known today.

The first permanent settler in River Valley was F. X. Cataford, who arrived in 1896 from Butte, MT.  It was in the Cataford house that the first mass was celebrated in River Valley and the first baptism was that of a little girl from the family. When the house was demolished after the 1979 flood, an old tabernacle was found in the walls.

In 1900, the postmaster who delivered mail to the Cataford home  had named the place " La vallée de la rivière", a name that was later anglicized to River Valley.

Today River Valley is a popular destination for both residents of West Nipissing and visitors from further afield seeking outdoor experiences such as fishing and hunting as well as the unexpected but hugely popular Blue Grass Festival.

Blue Grass along the River 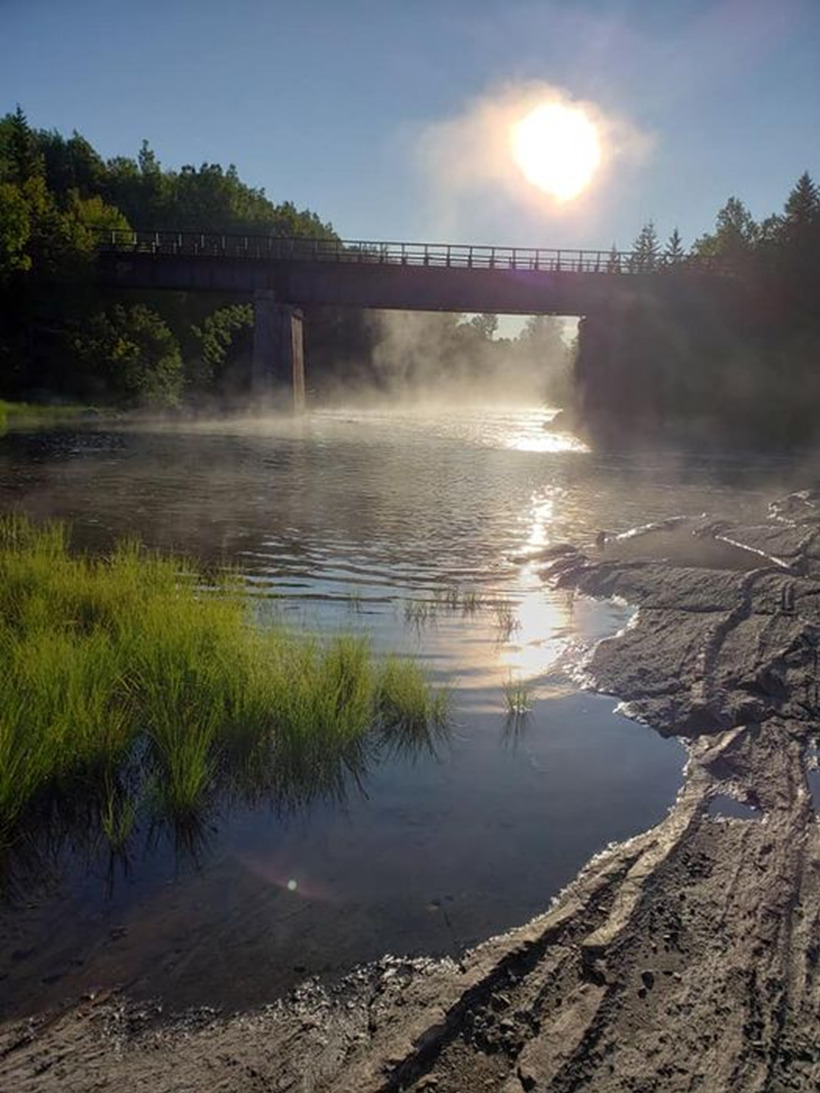 One of the top bluegrass music showcases in Canada is the River Valley Bluegrass Festival.

Founded in 1985 by the widely regarded Grandfather of Canadian bluegrass Tony DeBoer, the five-day event sees some of the top names in North America hit the stage.

The festival takes place in River Valley Bluegrass Park (the late DeBoer’s campground), which was built specifically as a location that could accommodate the popular three-times-a-year event.  The location along the shores of the Temagami River Located provides the perfect backdrop to inspire both the musicians and attendees. 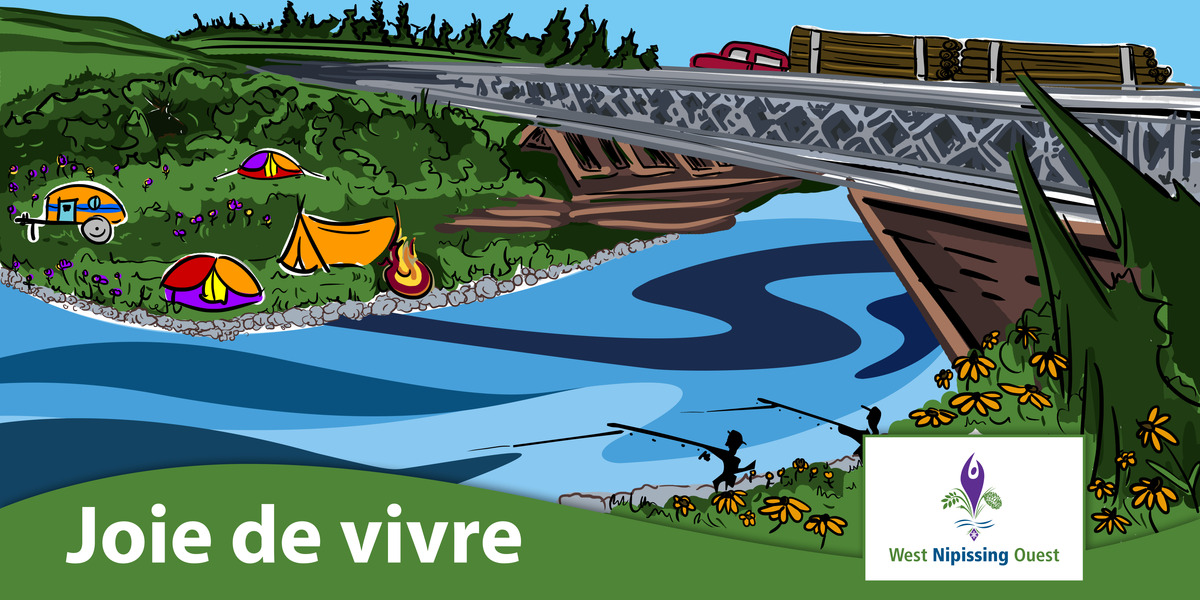 Notes from the Artist

Wanting the focal point to be the bailey bridge that leads north up the 805, my desire was the display the bridge of old rather than the new. The prominence of the bridge helped me address the history of tourism, it is a gateway to the wilds, and the logging industry of the past.

A rocky shoreline and the fast flow of the river adds to the motion of the truck. River Valley is often dotted with Black-eyed Susans which were included along with a bright blue sky. Thoughts of the Blue Grass festival along the banks of the river and those that attend, camping and partying.

I used an image of a logging truck that was taken for a promotional program that profiled River Valley many years ago.  The image, which was shared with me by a community member, was the perfect model for the illustration of the old logging truck and bridge. Ironically, the actual owner of that truck was attending the unveiling of this welcome sign and many in attendance recognized it!
Get directions
QR code