From Quebec City to Lake Saint-John 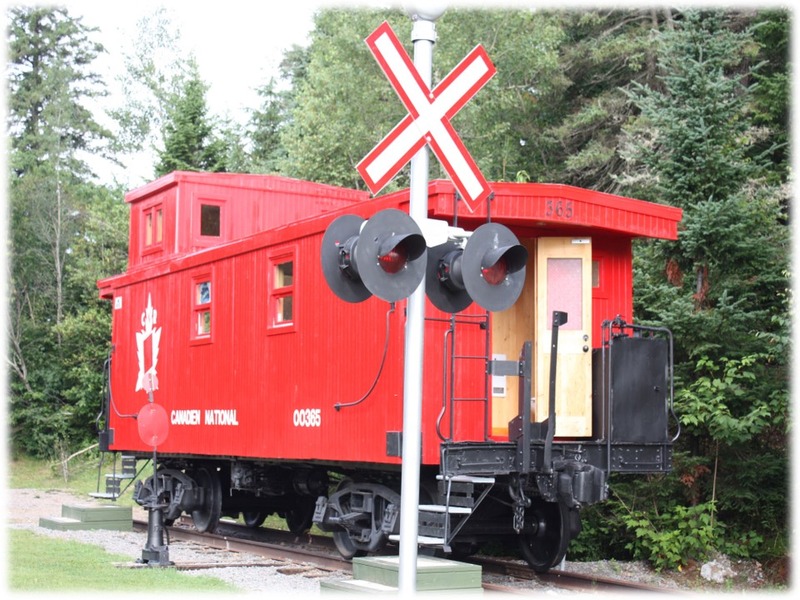 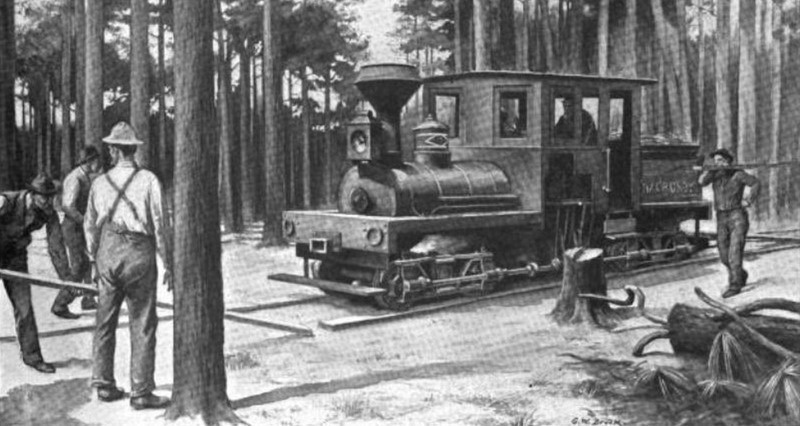 The Quebec and Gosford Wooden Railway was constructed entirely of wood, including rails, cars and bridges.  No nails or screws were used. In fact, only the locomotives and wheels on the cars were metal.  This system, originally from Norway and Sweden, had been adapted to the North American climate by Mr. Jerome B. Hulbert, who had used this technique for minimal cost in the United States. 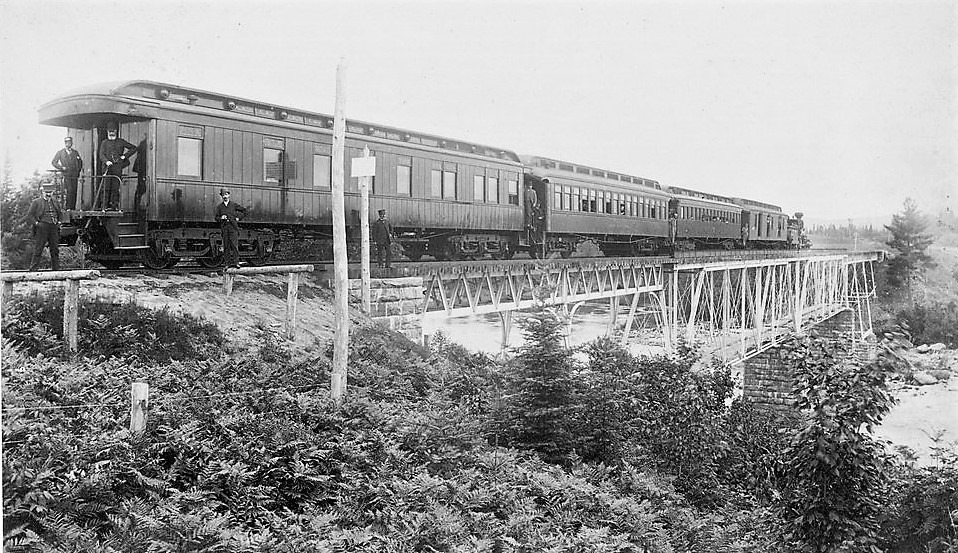 In 1879, a new steel bridge was built at what is now Gosford Road, using Phoenix or Keystone steel columns. The abutments, pillars and pedestals were all made of stone. 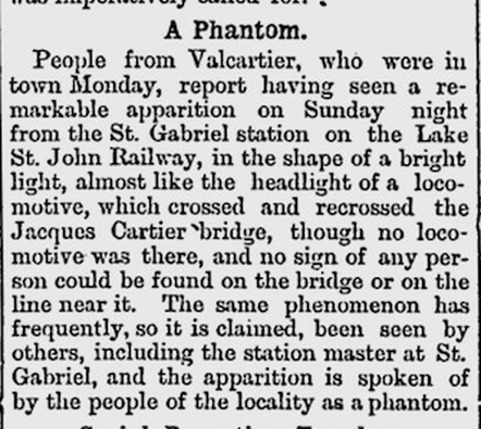 Ghost stories surrounding the old railway abound.  This one was published in the Quebec Saturday Budget on November 9, 1889.

Another story told in Shannon is that of Jack Murphy, who died on December 16, 1900, trying to get on a moving train in an effort to save his horse who was stuck in a railway crossing farther down the tracks.

Some time after this event, a couple of locals recounted how, when riding on the same tracks, they heard the whistling sound of an approaching train.

Disembarking from the railway tracks, they held their horse while waiting for the train to pass.  But, much to their surprise, they “saw the headlight and the dark mass of the engine looming in the night, they heard the rumbling of the rails and just as it seemed about to pass them, suddenly there was nothing.”

Quote copied from Valcartiergeneology.com with permission from author, Patricia Balkcom.

You are in front of a caboose placed here by the City of Shannon in memory of the two railways that once ran through this region. One of the railways passed here, on the Jacques Cartier/Portneuf bicycle path. This bike path replaces part of the Québec & Lake St. John rail line that, as the name suggests, used to link Québec and Lake Saint-John. Since 1996, this route has allowed cyclists to travel from Quebec City to Rivière-à-Pierre.

Prior to the construction of the Québec & Lake St. John rail line, there was a first railway whose terminal was at Lac-à-l'Isle, a few kilometres away, near the north end of pre-expropriation Shannon. This railway was the "Quebec and Gosford Wooden Railway" and was built entirely of wood, including rails, cars and bridges.  No nails or screws were used. In fact, only the locomotives and wheels of the cars were made of metal.  This system, originating in Norway and Sweden, had been adapted to our North American climate by Mr. Jerome B. Hulbert, who had used this technique at minimal cost in the United States.

In 1869, after researching the “Hulbert system”, the Quebec government announced an aid program to subsidize the wooden railway, that they now saw as an affordable alternative to expensive steel railways. The Quebec and Gosford Wooden Railway was established with a grant in November 1870.

The main objective of the railway was to facilitate the transportation of wood to Quebec City, where there was a dire need of firewood. The project also aimed to promote the settlement of new and promising parcels of land and significant economic development potential. However, between Quebec City and Lac-à-l'Isle, there is a difference in altitude of 600 feet.  The construction of sand dams and wooden viaducts supported by wooden poles was necessary to reduce the steep slopes so that trains could climb them.  However, the biggest challenge was to drive a 21-ton locomotive and its load onto a wooden bridge over the spectacular and sometimes terrifying Jacques-Cartier River.

As was mentioned, this rail line was used to transport wood and passengers.  To supply the wood for this project, a steam sawmill was built near Lac-à-l'Isle.  To accommodate passengers who were much impressed by the scenery and the speed of the train that could reach up to 20 km/h, a small hotel with a reception room awaited them at the Lac-à-l’Isle terminal.

Although it could not be used in the winter, the track worked well for the first two years and its revenues exceeded the company’s expectations.

Unfortunately, in time, the wood infrastructure did not withstand the weather conditions in Quebec as well it had in the United States, and it took only a few years for the constant deterioration caused by rain and frost to make the infrastructure too dangerous and costly to maintain.

Mr. Hulbert returned to the United States in 1873, leaving the railway completely dilapidated, with many of its twisted and worn rails in need of replacement. It was completely abandoned in 1874.

Around 1878, following an economic crisis, the charter of the "Quebec and Gosford Wooden Railway" was amended to reach the Lac Saint-Jean region and the new company was named the "Quebec and Lake-St. John Railway" but this time, it was built with iron rails.

In 1879, a new metal bridge was built at the height of what is now Gosford Road, using the Phoenix or Keystone steel columns. The abutments, pillars and pedestals were all made of stone. In 1901 a new route, west of the former location, was chosen for the train to pass and the railway bridge now serving the bicycle path was built.

Both routes were used until the fall of 1916, when Canadian National closed the Gosford Bridge to rail traffic because it had become too fragile to support heavy locomotives.