Shannon - Past and Present 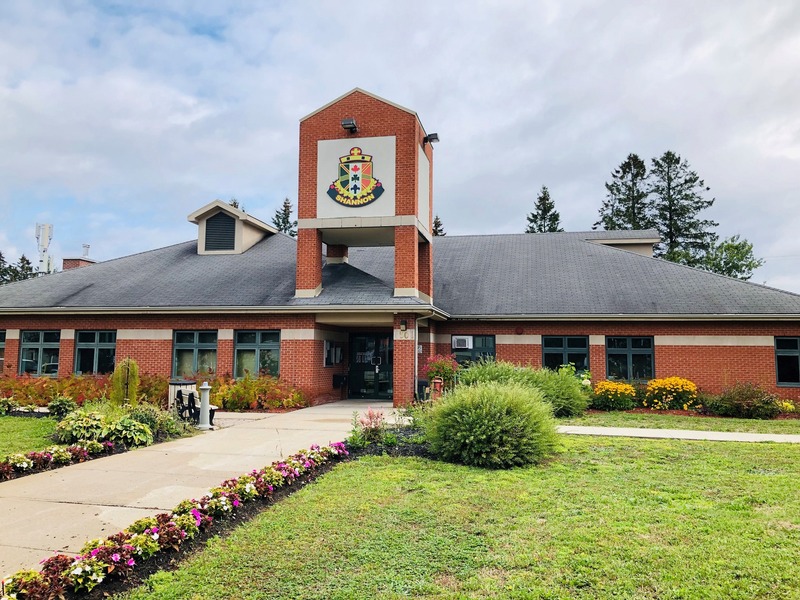 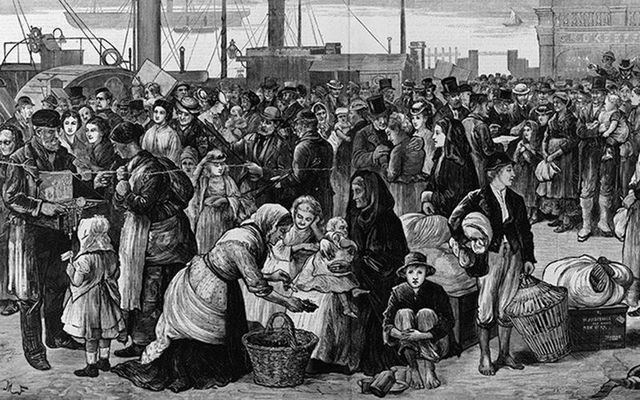 Once the decision was made to leave Ireland, the first settlers still had to survive the ocean crossing to reach their new home.  At the time, Quebec sent ships full of wood to Ireland, bringing immigrants back when they returned.  These passengers endured exceedingly difficult conditions, the journey sometimes taking a month to complete.

Many would not survive the trip.

A farm for six hundred dollars 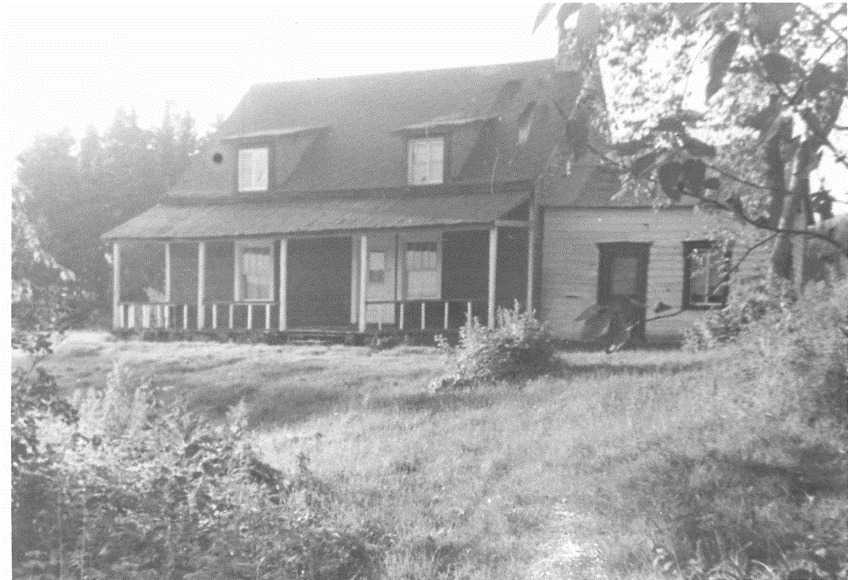 In 1892 John (Jack) Neville bought the family farm from Mary Landers, the widow of murderer Michael Farrell. Michael Farrell had been tried and convicted for the murder of Francis Conway and was hanged at Quebec on January 10th, 1879.

According to the bill of sale, the farm was sold for six hundred dollars - fifty dollars every 1st of May, over a period of eleven years. No interest was charged.

The farm consisted of three lots on the original Sainte-Catherine land register (628, 634 and 637) and included the house and outbuildings.

Jack Neville’s family in front of the house 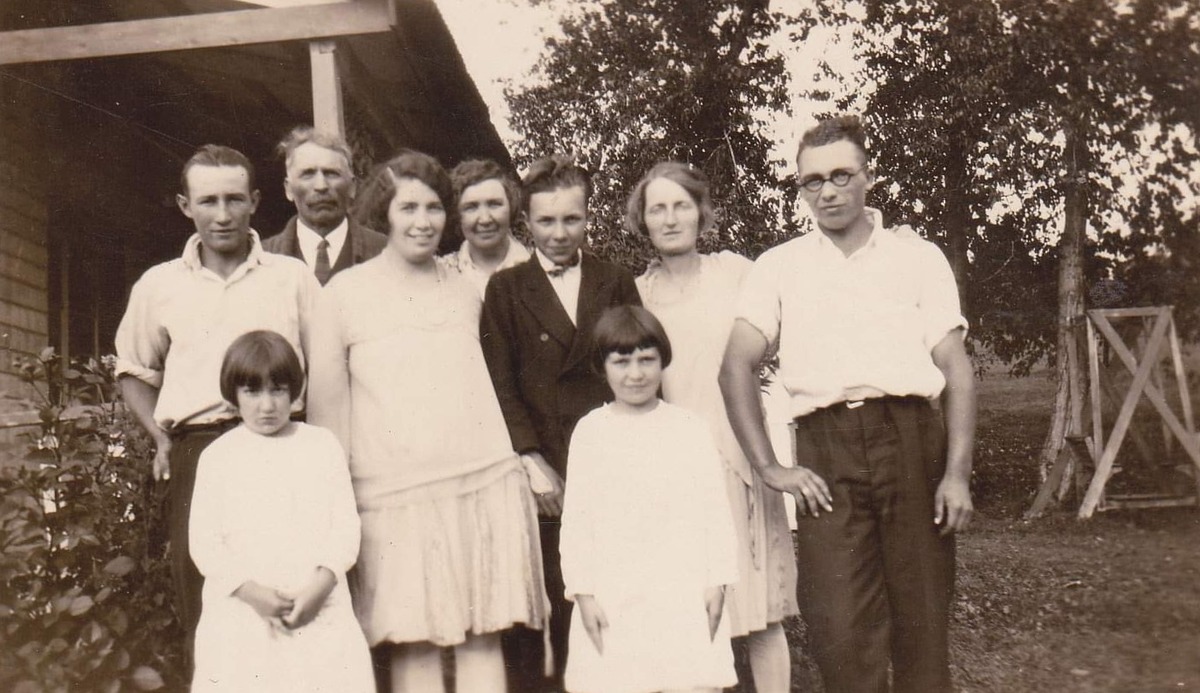 Unfortunately, the farm was expropriated by Base Valcartier 73 years later, in 1965. Like many other families affected by this expropriation, Jack Neville’s family had to move. 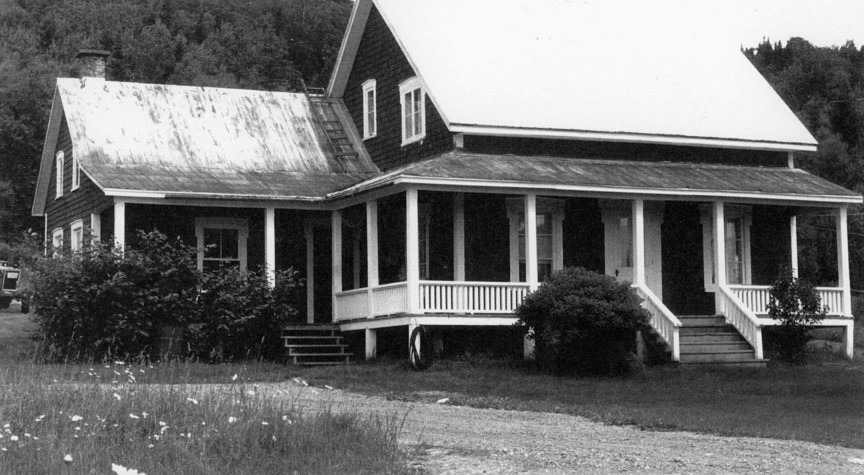 On December 14, 1946, St. Patrick’s Mission separated from Ste. Catherine and became a full-fledged municipality named “Shannon”.  Mr. Thomas Guilfoyle was elected as the first mayor and the first council meeting was held in January 1947 around the kitchen table in Mr. John Donaldson’s house on the 6th Range, now known as Wexford Road.

We are in front of the City of Shannon’s Town Hall, located at 50 Saint-Patrick Street. A name that clearly evokes the Irish roots of the city!

In the early 1800s, in Ireland, many lived in poverty and under extremely difficult political conditions. In order to aspire to a better life, they felt the need to leave their country. For many of them, their new world would be Canada; specifically, the province of Quebec.

At the time, Quebec sent ships full of wood to Ireland, and when these ships returned, they brought immigrants back to Quebec. These passengers endured excessively difficult conditions. It sometimes took a month to complete the voyage.

Some Irish settled in and around Quebec City, while others settled here, in this area, then known as St. Patrick’s Settlement. The official name of the area was “New Irish Settlement of Fossambault on the Jacques-Cartier”. In 1823, three years after the first emigrants arrived in the region, the colony had 283 inhabitants. In 1825, the official name was changed to “Ste Catherine de Fossambault”, but “St. Patrick’s Settlement remained popular among residents for many years.

Most residents of St. Patrick’s Settlement lived far from the municipality of Sainte-Catherine, and although they paid high taxes, they felt that they were not receiving enough services, so they decided to create their own municipality.

On December 14, 1946, the territory that would become Shannon, separated from Sainte-Catherine and became a full-fledged municipality.  Thomas Guilfoyle was its first mayor. The first meeting of the council was held in January 1947 around the kitchen table in Mr. John Donaldson’s house on the 6th Range, now Wexford Road.

Today, Shannon is a city of more than 6000 inhabitants and was designated the youngest city in Quebec by the Institut de la statistique du Québec in 2016.

The current city of Shannon offers attractive residential development areas with a significantly lower overall tax rate than other municipalities in the region.  It is packed with activities and infrastructure designed for families, seniors and outdoor enthusiasts, including numerous parks, trails and sports facilities, as well as a municipal library.

Its Irish origins are echoed in many of its street names, such as Dublin, Wexford and Kilkenny,  which in fact are nods to places in Ireland from which some of the first settlers to Shannon came. There is a typical Irish Celtic cross outside Saint Joseph’s Chapel.  Also, for over 50 years, citizens have offered an outstanding show of Irish music and dance at the community centre. The Shannon Irish Show is attended and appreciated by hundreds of people every year in March. Artifacts from Shannon’s earlier days are displayed at the entrance to the Maison de la Culture Thomas Guillfoyle located at 40 Saint-Patrick Street.