Schools through the ages 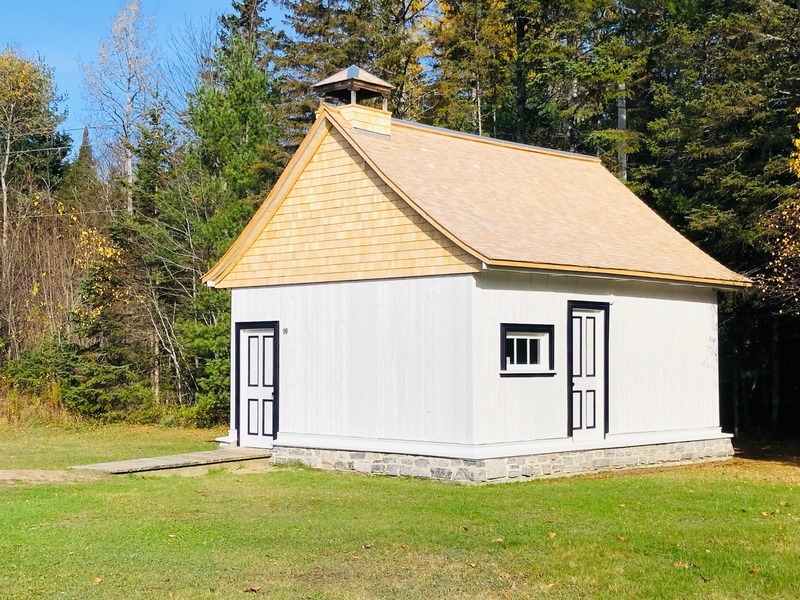 Range Schools – a part of our heritage

In 2021, renovations respecting the architectural heritage of the small 4th Range school were carried out.  Consequently, the City of Shannon won the 2022  “Capitale Nationale et de Chaudière-Appalaches” regions Heritage Awards in the “Conservation and Preservation” category.

Very few of these buildings still exist in Quebec. 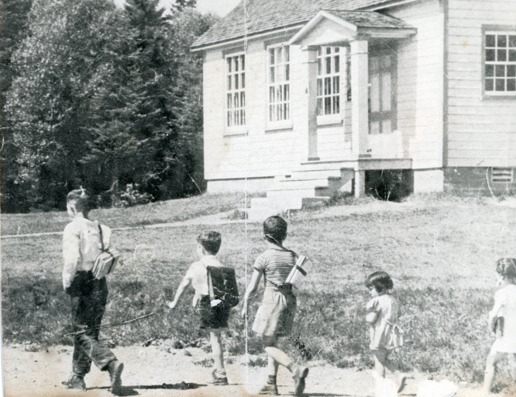 In 1948, a new school called the Power House School was built close to this location.  Eleven of its 15 students were anglophone and 4 were francophone.

Photo from the Shannon Historical Society archives, showing the Floyd family children on their way to the Power House school. 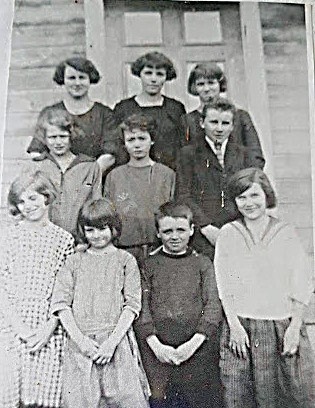 Around 1902, a school was built on the 5th Range (now Dublin Road) on Lot 393. The school’s first teacher was Mary Galarneau, who lived there throughout the year.  On her departure, she was replaced by Ms. O'Brien.

This photo was taken in 1923.  Irene O'Shea, the student farthest right in the front row, later became the mother of The Right Honourable Brian Mulroney, the 18th Prime Minister of Canada from 1984 to 1993. 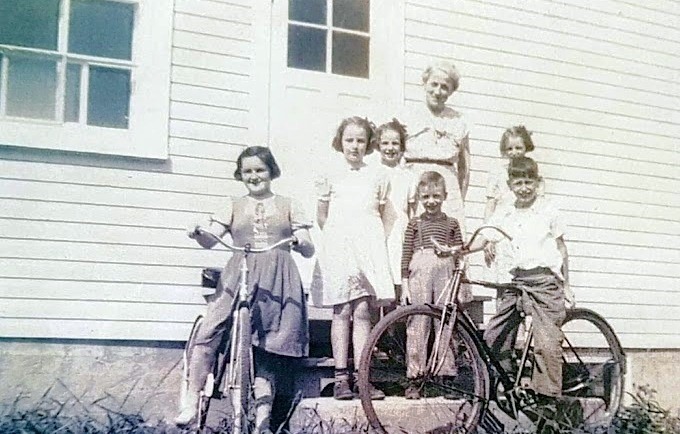 Ms. Conway’s class in front of the 8th Range school.  Dating from 1949, this school was one of the last range schools to be built.

We are in front of the City of Shannon’s 4th Range School, which was moved to this location, here at 90 St-Patrick Street, on the grounds of Saint-Joseph’s Chapel. Named a historic monument in 2005 by the Ministry of Culture and Communications, this school was built in 1877 on what is today boulevard Jacques Cartier. It was brought here in 2003 when the Department of Transport expanded that boulevard. This school is typical of all the range schools of its time, having only one room which housed all classes from Grade 1 to Grade 7 and having only one teacher.

Some schools were a little bigger, and included a real kitchen for the teacher, but most, like this one, had only one room with desks, a wood stove and a blackboard.

Each school welcomed children from at least one or two ranges. This meant that some children sometimes had a few kilometres to travel to and from school. On occasion, a child was assigned to light the fire that warmed the building. Of course, that child would feel obligated to arrive very early in the morning, regardless of the weather.

The first school was built in 1845 on the 7th Range of Pine River Settlement. That part of Shannon, about three kilometers north of here, was expropriated in 1965.

Since the majority of the first residents of that area were Irish and English-speaking, all the oldest schools in the area offered education in English only. Those residents included families such as Maher, Donovan, Barry, Guilfoyle, Neville, McGlennan, O'Shea, McCarthy, Campbell and Conway.

After the First World War, the headquarters and residence of Canada’s Minister of Militia and Defence, Sam Hughes, was transformed into a school for children of employees working at the Power Plant nearby. In 1948, a new school called Power House School was built just behind it, and counted four francophone students amongst the 15 children enrolled.

The last schools were built in 1949 on the 6th Range - now Wexford Road - and on the 8th Range – a now expropriated territory.

Until 1947, when Shannon was founded, all schools were under the jurisdiction of the parish of Sainte-Catherine. In July 1948, the Shannon Municipal School Board was formed.  In 1959, all schools still in operation were closed. Subsequently, students were relocated to newly built and centralized schools at CFB Valcartier. In 1972 the Shannon Municipal School Board was dissolved.