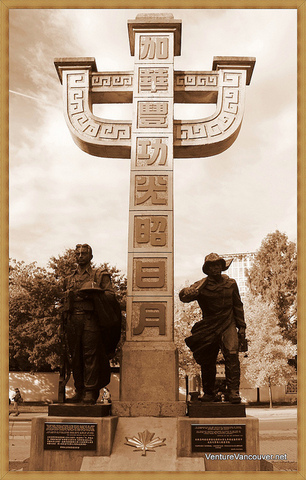 The Monument to Chinese-Canadian Veterans was built to commemorate the contribution of the Chinese people through Canadian history. 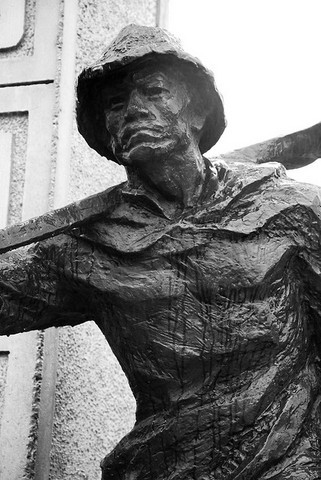 Two bronze statues are part of the Monument, this one represents a railroad worker, reminding how important the Chinese were in the making of the transcontinental railroad. 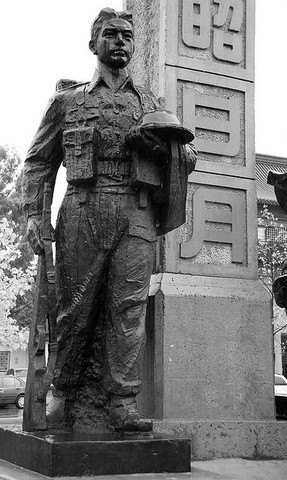 The other statue represents a soldier from World War II, in memory of all the Chinese who helped or served in the Canadian Army at that time. 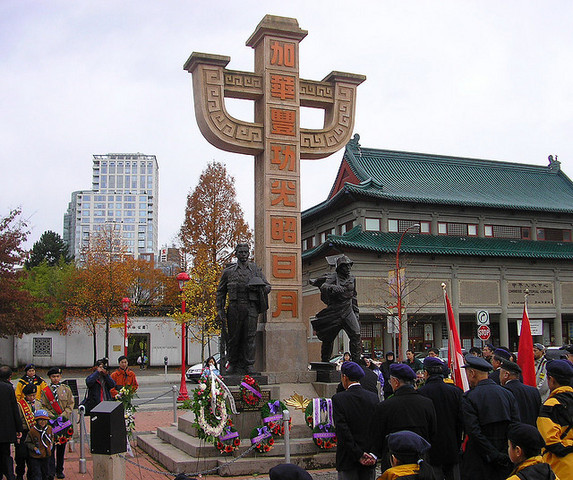 It is also around that monument that Veterans Day is celebrated each year. 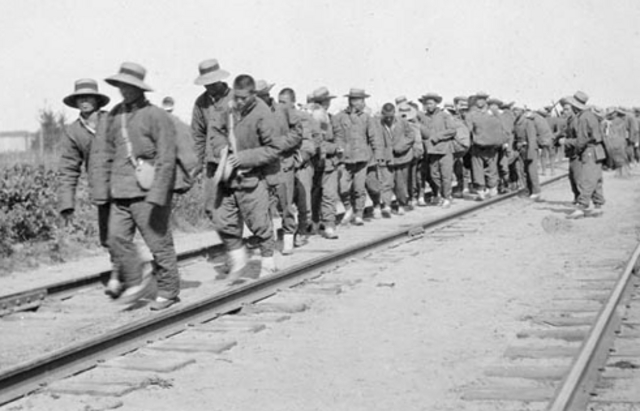 The Honument is honouring the thousands of Chinese who had to fight for Canada and for their place in this country, reminding everyone of the greatness of their acts for this Canada and its history.