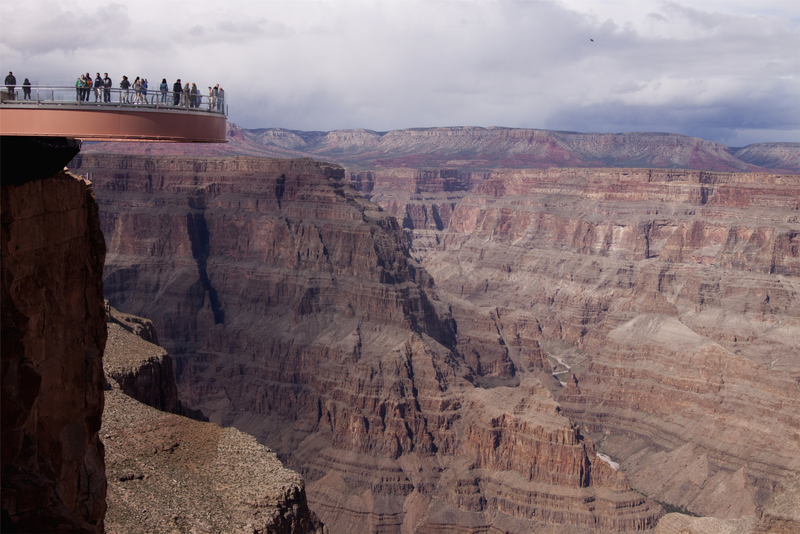 The glass bridge is suspended at 1200m above Coloradi river at the edge of the Grand Canyon. Open in March 2007, this horseshoe bridge as a glass floor on which people can walk. The cantilever design was created by David Hin and can support the weight of 71 full 747 airplanes (that's 71 million pounds or 32 000 tons!), can resist to 160 km/h winds and survive an earthquake of an 8.0 extent. The Skywalk is directed by the Hualapai tribe, which owns and protects over a million acres of lands in the west rim of the Grand Canyon. During the construction of the Skywalk, architects and engineers were not only concerned by the safety, but also by creating a structure that would be in harmony with the natural environment and by the protection of the Hualapai values. The walkway could support 822 persons weighing 200 pounds each effortlessly, but the maximal number of people at once is 120.