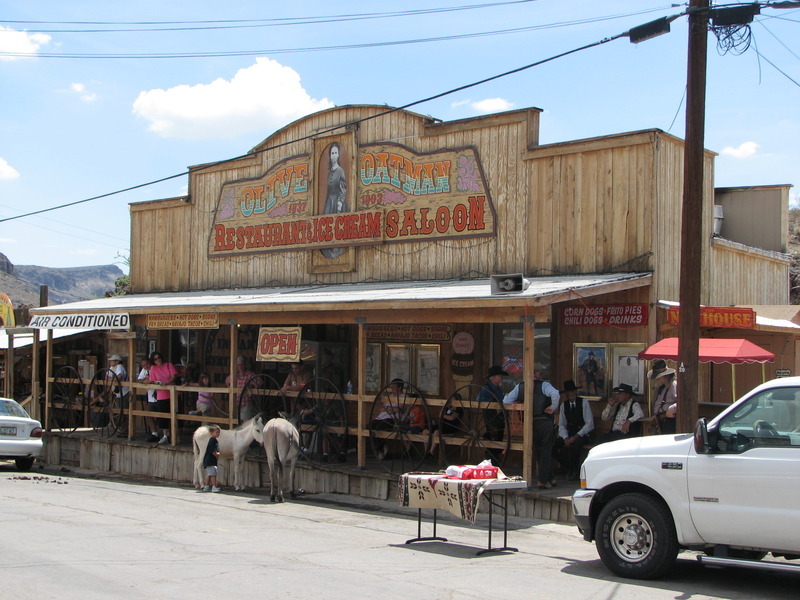 In the early 20th century, a few years following its establishment, Oatman was reputed for its gold mine. In 1915, two miners struck a gold deposit worth over 10 million dollars in money from their era.

Oatman owes its name to Olive Oatman, who, younger, was kidnapped by an Apache tribe, sold to Mojave Indians and later rescued in an exchange in 1857 near the current site of the city. A narrow railway track manually operated stopped at Oatman between 1903 and 1905 and extended on 27km to Colorado river near Needles, California.

In 1921, a fire destroyed most of the town cabins, and, three years later, the main mining company, United Eastern Mines, closed for good. Oatman survived thanks to the tourists visiting its restaurants on the old Route 66. However, in the 1960s, the route became Interstate 40. Oatman has barely recovered.

The Oatman Hotel, built in 1902, is the oldest two-story structure in Mojave County and housed miners, stars, politicians and other scoundrels. A few movies were filmed in Oatman, like How The West Was Won, Foxfire and Edge of Eternity. 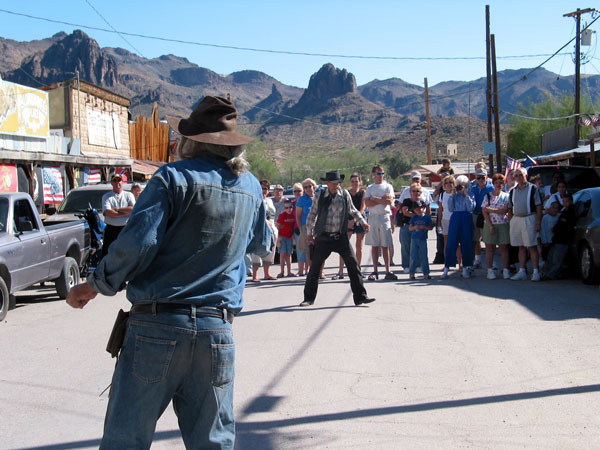 The place is pleasant to visit: an authentic western town with donkeys wandering in the street and gunfires staged the weekends. The donkeys are tame and can be fed. They were brought by miners in the late 1800s; when the miners no longer needed them, they released them. Every morning, they come into town looking for food. Pellets and carrots are for sale in several stores; the donkeys can spend the whole day eating. After sunset, they go back to the hills for the night.