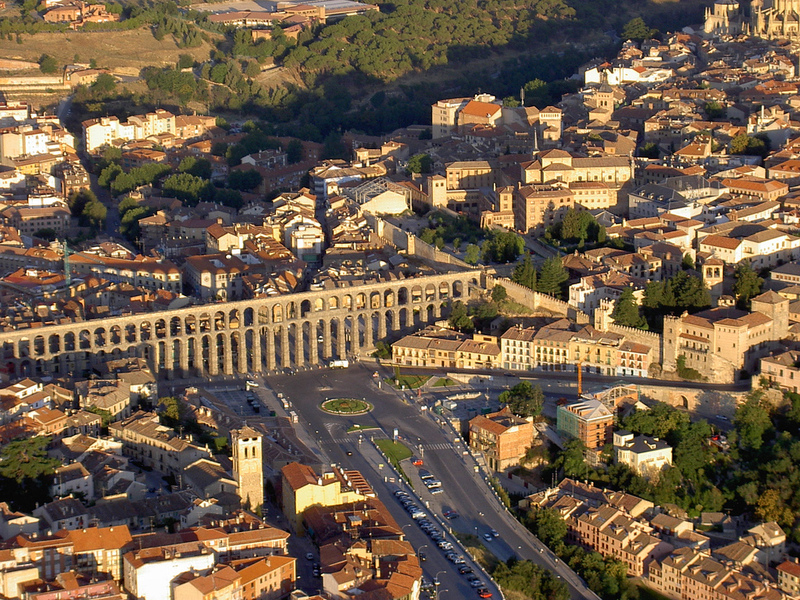 The Aqueduct of Segovia crosses the city it provided safe water to and enriched in beauty for over 2000 years.

Considered one of the most impressive mark of engineering of the Roman Empire, its construction dates back to the late 1st century BC and it was used until the mid-XX century.

When you contemplate the perfection of its arches, you will understand why this heritage from ancient Rome, located only an hour away from Madrid, is the must-see place for hundreds of thousands of visitors each year.

A Major Work in Hydraulic Engineering

Its arches were built using big granit ashlars from Guadarrama, linked by their own weight, with no mortar, with the perfect balance of forces. The water ran along the canal in its upper part and crossed the city under its surface to get to the Alcazar.

The Aqueduct was declared "National Monument" in 1884 and "World Heritage Site" in 1985. 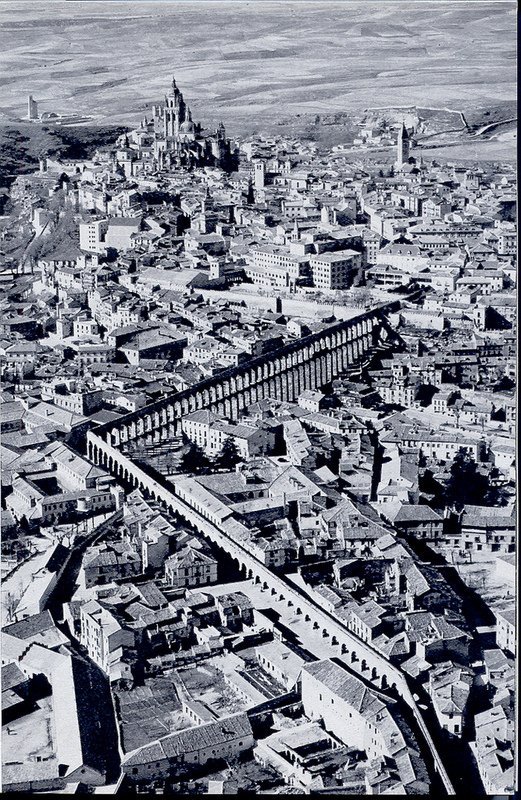 An old legend circulating in Segovia tells that the Aqueduct was the devil's work.

According to this legend, a young girl who was serving in the house of a wealthy man from the city had to go get fresh water to the river every day. The task to take the pitchers up and down was so hard that on a desperate day she made a pact with the devil and offered him her soul so she didn't have to shoulder this chore.

The devil heard her request and promised to find a solution so she wouldn't have to carry so much water. However, he had to perform this task before sunrise. He could only take the young girl's soul under this condition. According to the legend, the devil worked all night incessantly to built a tall bridge that would allow to carry water to the upper part of the city. However, when there was only one stone left to complete his work, the first ray of dawn appeared and the young girl managed to save her soul.