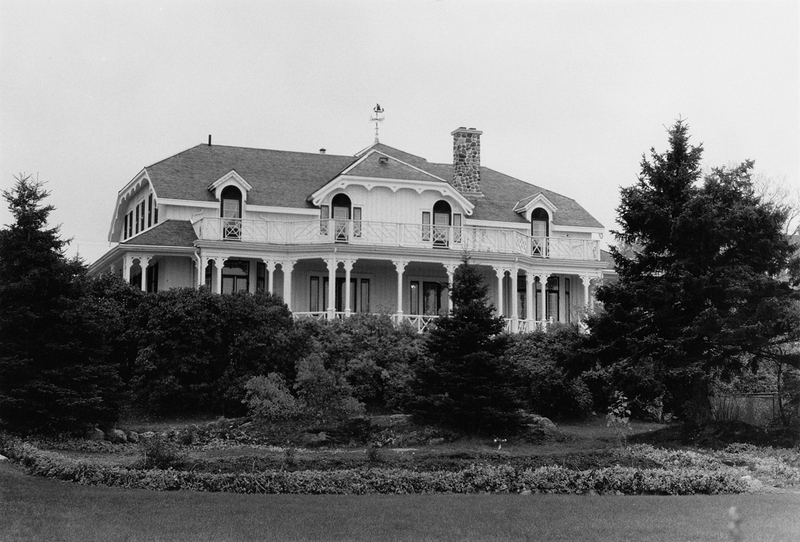 The summer home of several textile and timber barons, this picturesque English-style house was built in 1866 for George Benson Hall, the owner of important sawmills.  His main residence was the famous Manoir Montmorency, located near the Montmorency Falls.  Mrs. George W. Hamilton acquired the property in 1874, and ceded half of it to her brother-in-law, Reverand Charles C. Hamilton, two years later.  Each family owned one half of the house and grounds.  Robert Mackay, a Montreal textile wholesaler, purchased the west half in 1883.  He acquired the east half 22 years later, after it had passed through many hands.  According to the Montreal Standard, in 1907 Mr. Mackay was one of Canada's wealthiest financiers.  He was also a senator in Ottawa and sat on many boards of directors.  In 1926, the villa was renovated by the wife of his son George who called upon the services of Montreal architect H. W. Davis.  Both the interior and the exterior of this handsome Gothic Revival residence were redesigned.  Two verandas were added on to the north side to offer a view of the river and the tennis courts.

«The roof was topped by a small observatory» 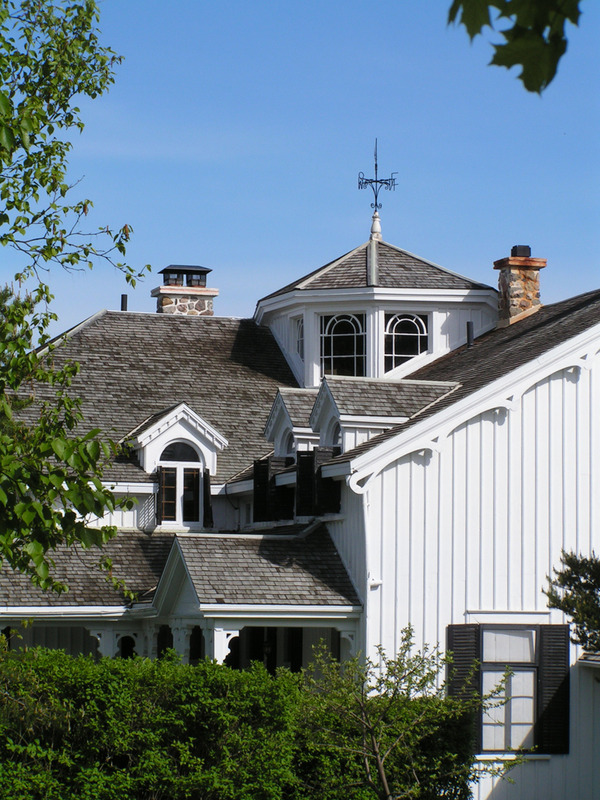 The roof was topped by a small observatory, and gingerbread trim was added along with numerous other decorative details.

The Mackay Villa after the 1926 modifications

The Mackay Villa after the 1926 modifications.

Today, the villa has been lovingly restored, recalling the age of elegance when Laura E. Mackay and her family summered in Cacouna.  The property remained in the Mackay family for 90 years.