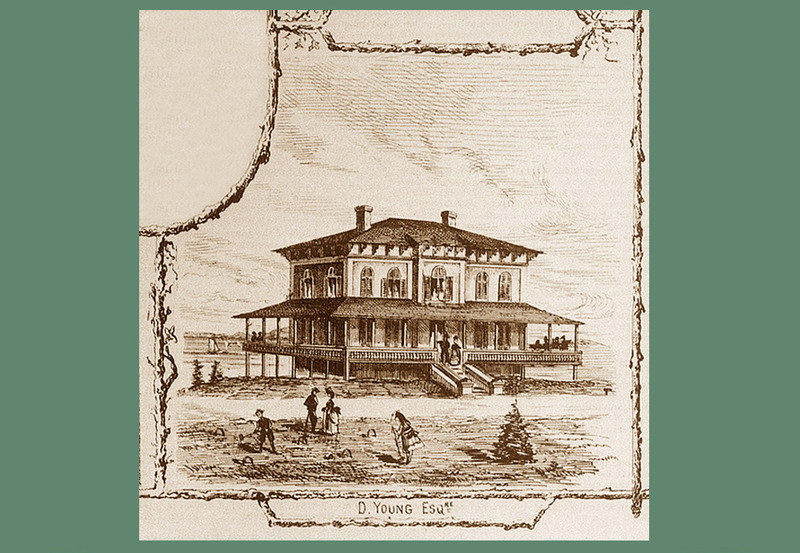 This imposing residence, dating from 1863, was originally the property of a wealthy Quebec merchant, David Douglas Young.  Mr. Young owned D. D. Young and Company, a commercial shipping line operating between Quebec and England.  He was among the first summer residents to settle in Cacouna. Sir Alexander Tilloch Galt, one of most fervent defenders of the Canadian Confederation stayed here over a period of 20 years, coming for the first time in 1874. Mr. Galt was also Finance Minister under Sir John A. Macdonald, who spent his summers in nearby Saint-Patrice-de-Rivière-du-Loup.

Gaywood Villa, so renamed by the Yates Family 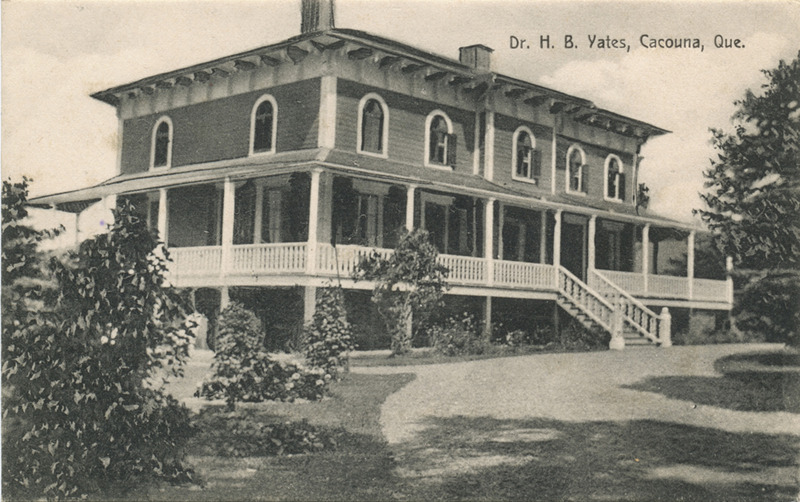 In 1899, the house became the property of the Dr. Brydges Yates family, of Montreal, who renamed it Gaywood, and summered here for 50 years. 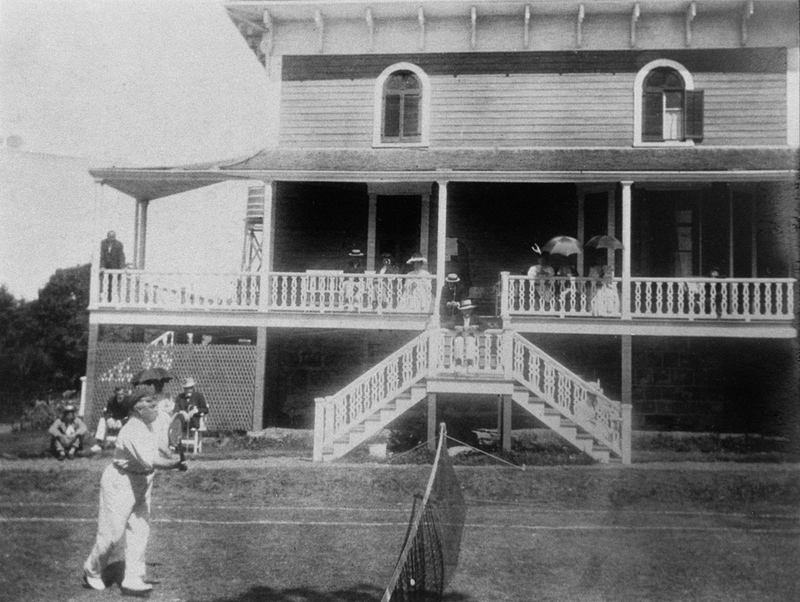 The many guests invited to the Yates's summer home enjoyed the lovely gardens and the tennis court among the trees.  Mrs. Yates often held bazaars on the front lawn to benefit the St. James the Apostle Anglican church.