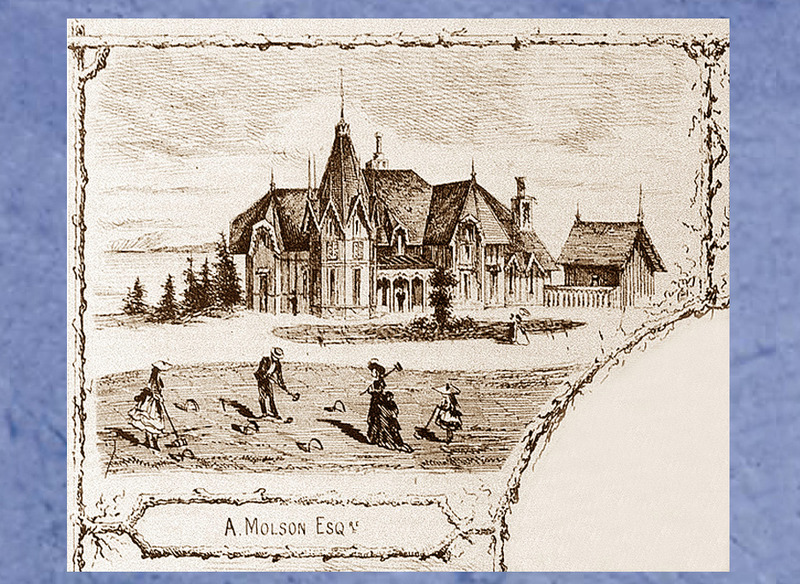 This medieval-style residence stands out in the landscape of the Lower St. Lawrence.  It is a charming example of Rural Gothic architecture, with its small turret and pointed arched windows. The Molson family founded a brewery in Montreal in 1786, and subsequently acquired interests in banking and shipping.  In 1863, William Markland, representing this well-known family, commissioned a Montreal architect, John J. Browne, to design and oversee the construction of the first summer residence to be built in Cacouna.  Mr. Browne followed the lead of his father, George, who had pioneered the Picturesque movement in Quebec and popularized the Gothic Revival style in the 1840s.  George Browne had designed cottages for other members of the Molson family, as well as the bank building which bore their name.  It is said that the house was first put up in Montreal, dismantled then shipped to the site, ready to assemble.  It takes the name Pine Cottage from the wide pine boards that cover both the interior and exterior walls. 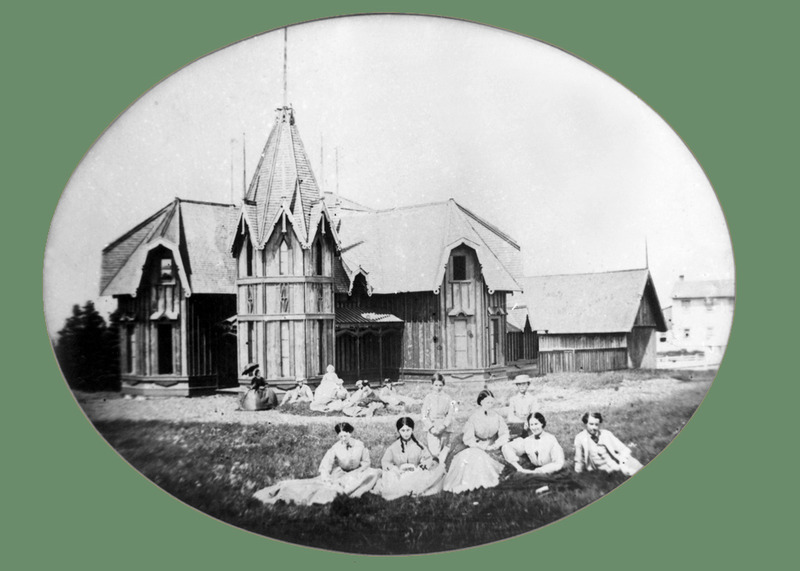 In 1875, a neighbor, Isabelle Ann Allan, purchased the property which would remain in her family for 27 years. 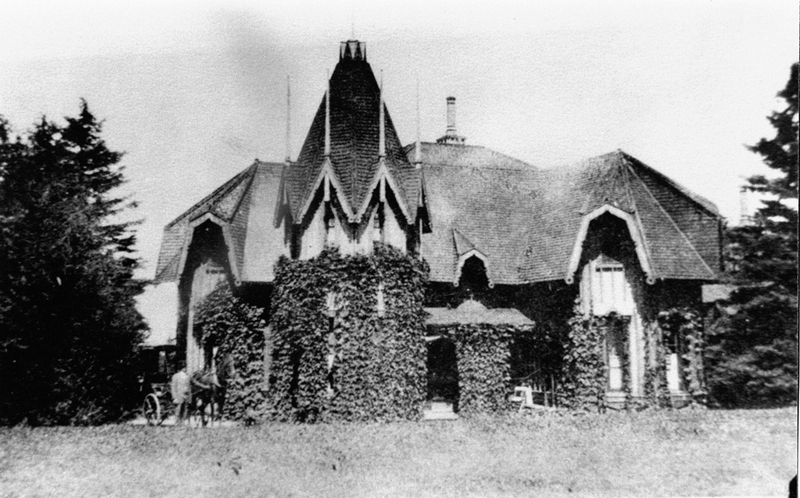 Agnes E. Budden, the widow of Montreal banker Edwin H. King acquired it in 1902.  The members of the Budden family, who kept the property for 70 years, enjoyed inviting the children of Cacouna's English-speaking community to birthday parties at Pine Cottage.