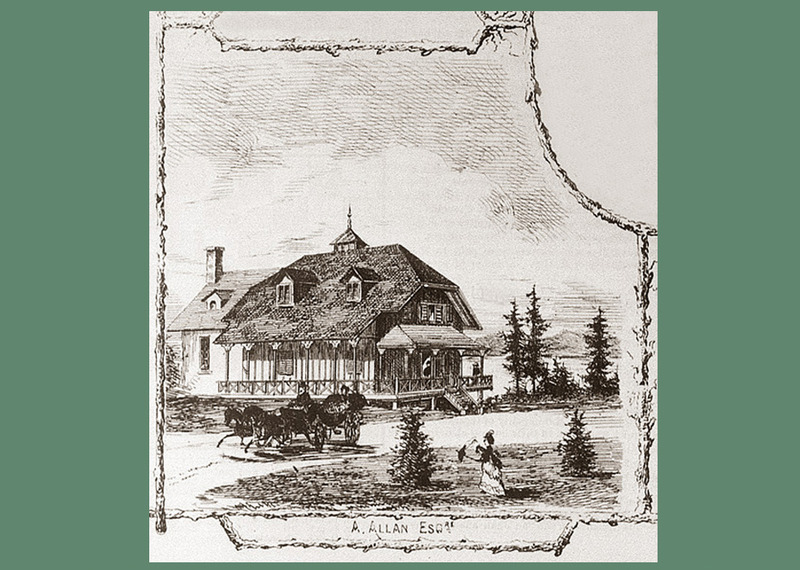 This summer home had been built for a shipping magnate, Andrew Allan, who with his brother, Sir Hugh, founded the Montreal Ocean Steamship Co., the shipping company that was to become the Allan Line.  The plans for his summer home were most likely drawn up by the same firm of architects that designed the Allan Building in 1858, Hopkins & Wily of Montreal.  The house was built around 1865 in the Gothic Revival style.  Its hip roof topped by a skylight is distinctive.  The exterior walls are board and batten, and the cottage has a wide, covered veranda that the family could enjoy, rain or shine.

In 1876, Mr. Allan sold the property to Matthew H. Gault, a relative who, like himself, lived in Montreal's famous “Square Mile”, the exclusive residential area where many influential businessmen and summer residents of Cacouna had their homes.  The Gault family vacationed in this house, which they called Rockcliff, for 39 years.  In 1915, John F. Burstall, an important lumber exporter from Quebec City, acquired the house.  This well-preserved building bears witness to the tastes and customs of the early summer residents.