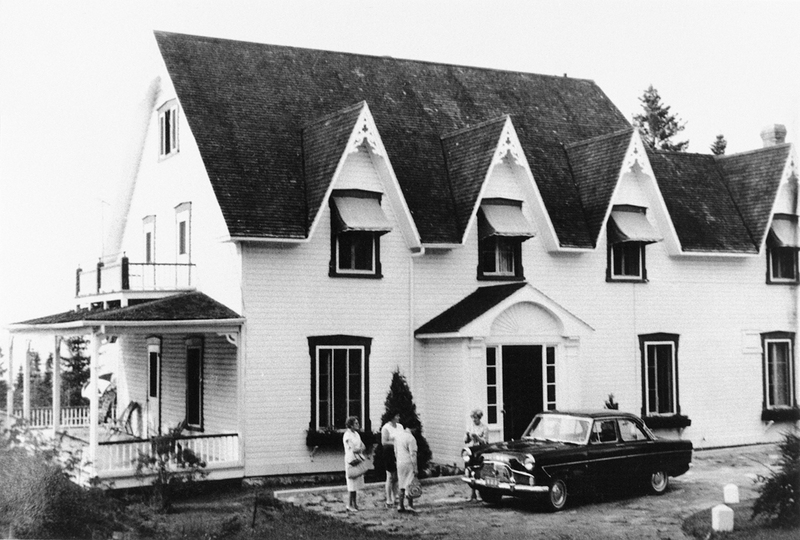 Around 1900, Augustin Durnford, an inspector at the Molson Bank, decided to have a summer residence built in Cacouna, where several businessmen had built summer homes between 1863 and 1875.  At the turn of the century, the «picturesque» movement, which favored a return to nature, influenced not only the way of life, but also the architectural style of the day.  Mr. Durnford decided upon a Romantic villa, whose overall lines and decorative features would blend well with the natural environment.

La Sapinière and its gables 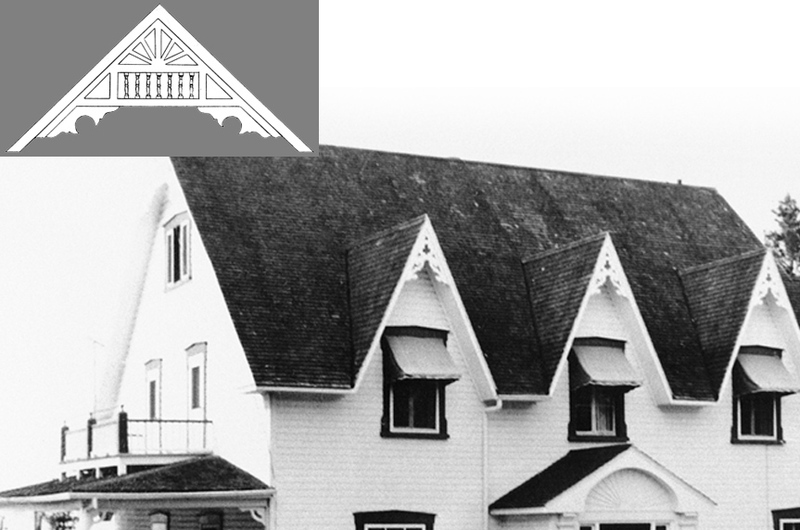 La Sapinière and its gables.

Four pediment gables, inspired by the Gothic Revival style and trimmed with fancy Victorian woodwork, accentuated the vertical lines of the facade.  On the river side of the house, two-story verandas connected the west end with the main entryway on the south wall.  The Durnfords lived in the house for 20 years, after which it became the property of the Handbury A. Budden family. 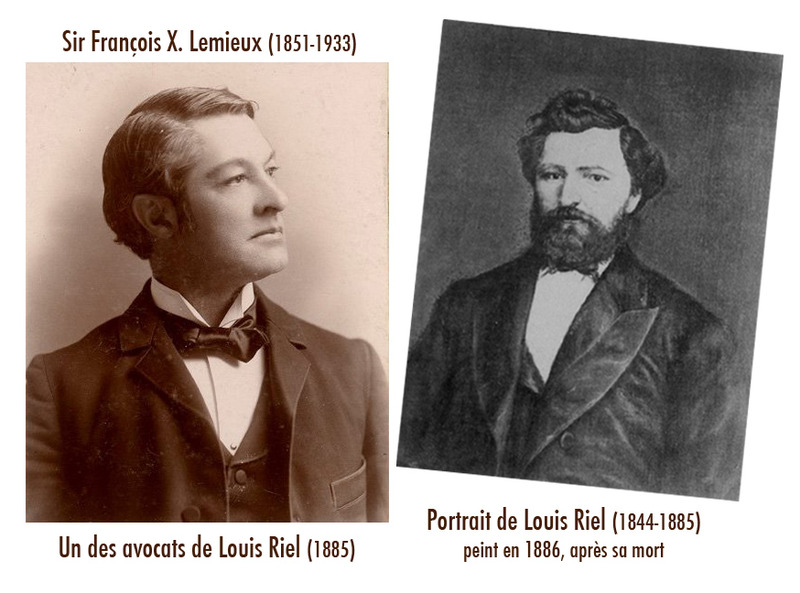 When François-Xavier Lemieux, Deputy Minister of Lands and Forests for Quebec purchased the property in 1939, he had it renovated by his neighbor, a carpenter by the name of Alphonse Bérubé.  The Lemieux family had often stayed in another house in the village during François-Xavier's youth.  As a young man, he occasionally rode his bicycle from Quebec City to visit his family during the summer holidays.  His father, Sir François X. Lemieux (photo above), had been one of the attorneys for Louis Riel in 1885, and had served as Chief Justice of the Superior Court of Quebec from 1911 to 1932.  During the 20 years that it remained in the Lemieux family, many important political figures visited this villa known as La Sapinière.

Photo source :
Photo : Portrait of Louis Riel, painted in 1886 (after his death), retrieved from University of Manitoba Archives, reference # PC 107