The Bérubé and Lebel Houses 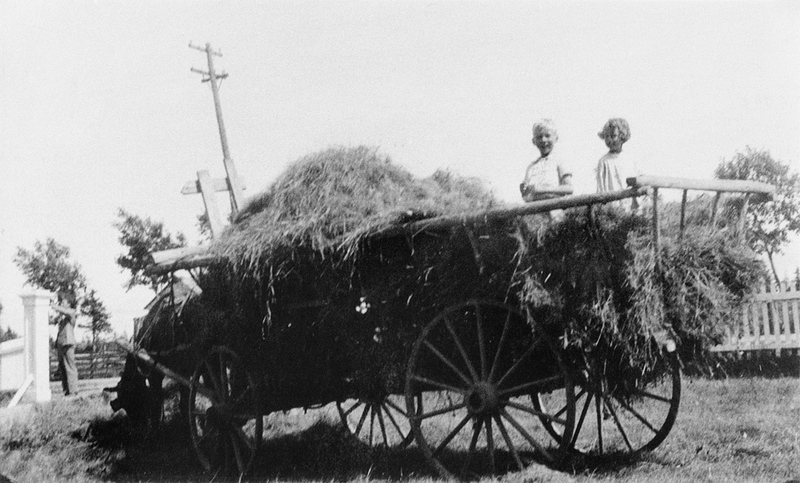 By 1855, Cacouna was already a popular summer resort, and villagers had larger houses built to accommodate the increasing numbers of summer visitors.  A hotel and several shops also opened for business.  The promise of ready work drew Jean-Baptiste Bérubé, a skilled carpenter from Sainte-Anne de-la-Pocatière, to the area.  In addition to working on the construction of a number of buildings, this ingenious woodworker made and repaired farm equipment, especially hay wagons.  To distinguish him from a neighbor of the same name, he was known as “Bérubé charrette”, charrette being the French word for wagon. 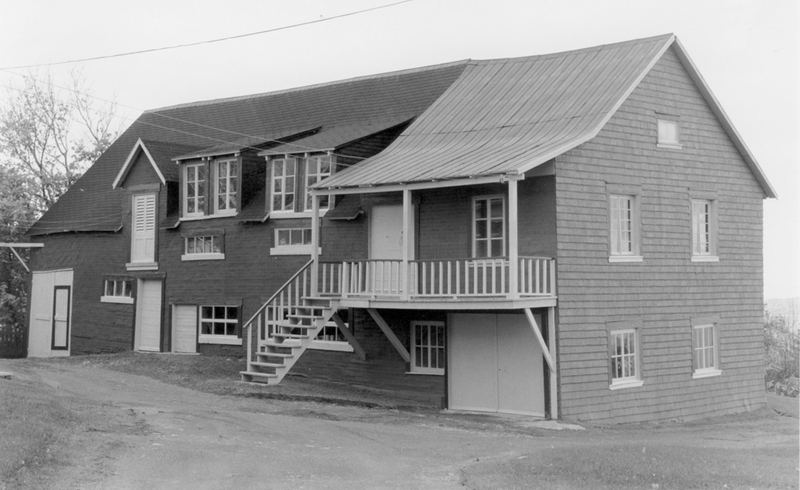 Jean-Baptiste Bérubé’s workshop was made up of two separate sections and, while he rented out the main house, during the summer, his family lived above the shop. Mister Bérubé and one of his neighbors later bought and dismantled the old Saint-Arsène presbytery.  They used the wood to each build a small summer house beside their family house.  Four generations of Bérubés have lived here, handing down not only the property, but the carpenter's trade.  In addition to maintaining the Anglican church, they have all helped renovate homes and cottages over the years. 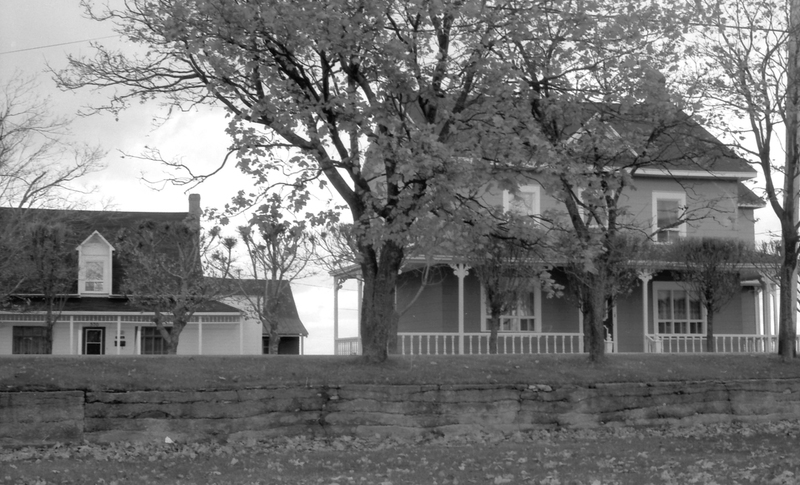 In 1911, the family home was passed down to Alphonse, who added another story six years later to take in tourists.  In 1948, one of his sons renovated the small summer house, where he still lives.

The Lebel House and the Bakehouse 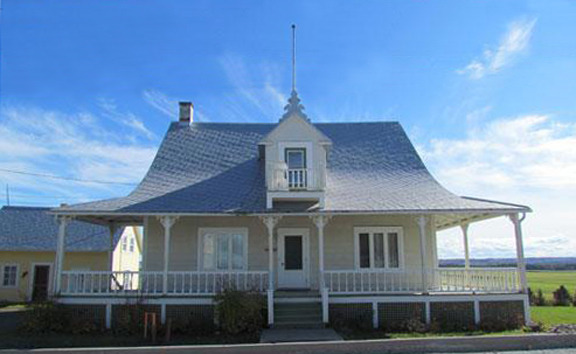 The Lebel House and the Bakehouse.

The Lebel family, on the south side of the «rue Principale», also rent their main house for the tourists’ season using their small house as a summer residence. 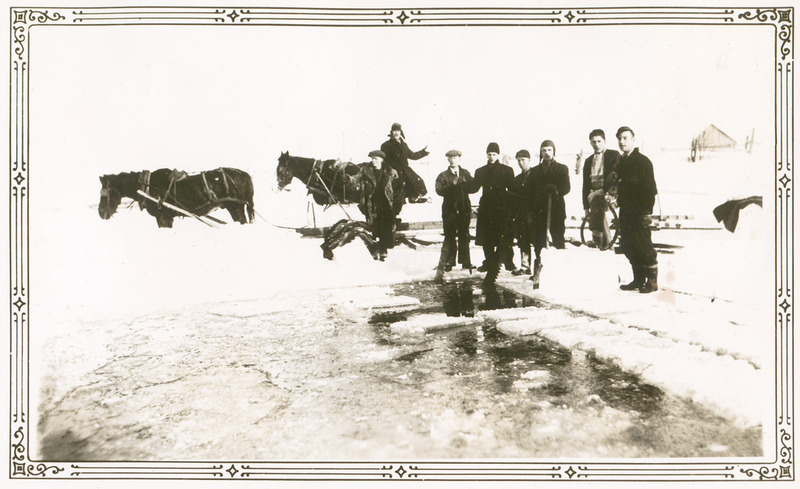 A group of farmers cutting ice blocks on Lorenzo Lebel pond at the bottom of the hill.

In the first half of the twentieth century, farmers on the first and second concession roads cut ice every winter. In the upper village, Wilfrid Guay and Lorenzo Lebel each had a pond at the bottom of the hill. When the ponds froze in winter, they could easily cut and store enough good quality ice blocks to meet their needs and those of their neighbours. The work of cutting and carting the ice was spread over two to three weeks. Lorenzo Lebel also stocked the Villa Montrose, the summer home of Sir Montagu Allan, with large quantities of ice, enough to last most of the summer.