Building the Villa Montrose, in 1900 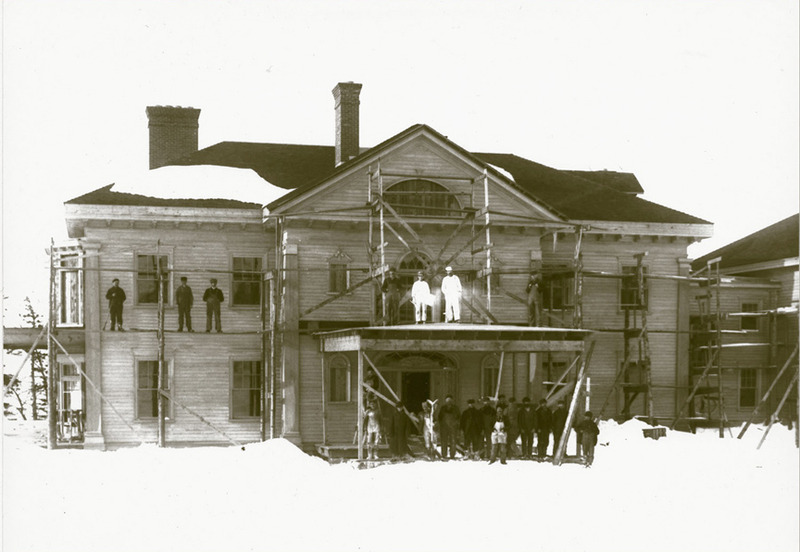 The building of Villa Montrose by Jos Gosselin, a Lévis contractor, in 1900.

The climate, the vegetation and, especially, the cliffs of Cacouna are reminiscent of Scotland. Perhaps this is what led the Allan family, of Scottish descent, to choose the village for their summer retreat.  Andrew Allan began vacationing here as early as 1865, and was soon followed by his son, Andrew Alexander.  In 1900, Sir Montagu Allan followed the example of his uncle and his cousin, and had Montrose, his prestigious Georgian-style summer residence, built in Cacouna.

Montrose After the Alterations of 1913 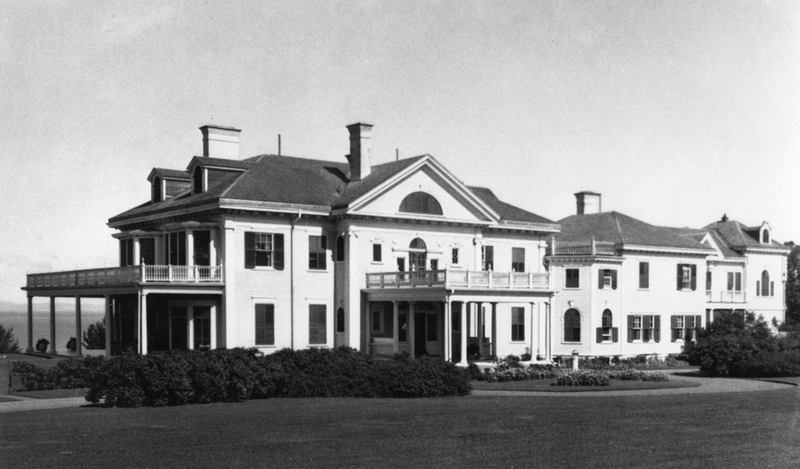 Montrose after the alterations of 1913.

This NeoGeorgian-style residence recalls British architecture of the 18th century, which was equally popular in the United States.  It is distinguished by  multiple hip roofs and rich ornamentation.  The main entrance is crowned by a fanlight and an elegant Palladian window.  It was built by a contractor from Lévis, Jos Gosselin. Montrose was renovated once, in 1913, after plans drawn up by the Montreal architectural firm Hogle & Davis, and again in 1942 by the Capuchin Brothers. 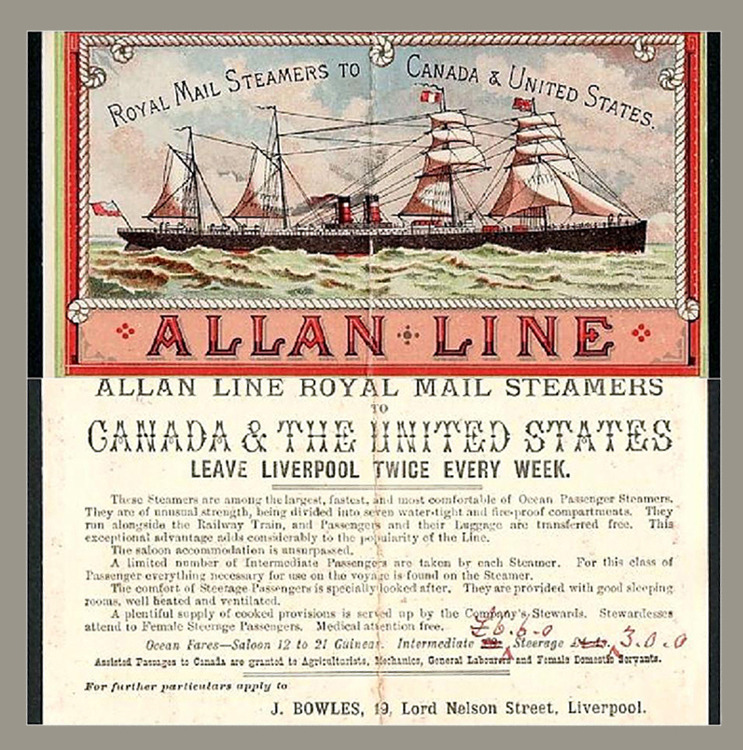 The Allan family played a major role in the Canadian economy through the development of the shipping industry.  In 1882, Sir Montagu inherited the majority of shares in the Allan Line, the shipping company founded by his father, Sir Hugh, and his uncle, Andrew.  The company transported passengers and goods, as well as the Royal Mail, between Canada and Great Britain.  In 1890, the Allan fleet numbered 32 ocean liners. 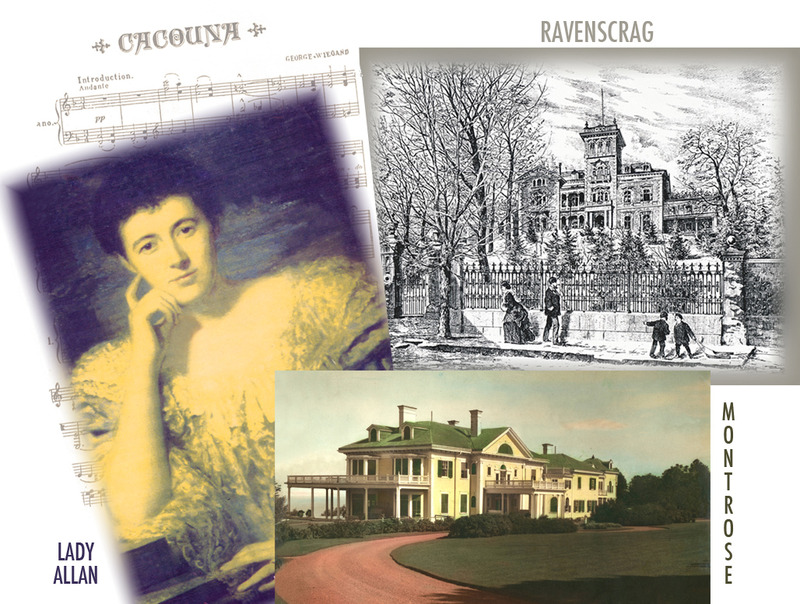 Ravenscrag, somptuous residence of the Allans in Montréal, and Montrose, with her hostess, Lady Allan.

The Allans entertained numerous distinguished guests at their Montreal residence, Ravenscrag.  While at Montrose, Lady Allan held a series of receptions and concerts that required the services of some 20 domestics.  Sir Montagu and his wife received four governors general of Canada at Montrose, including Viscount Wellington in 1929, and Earl Bessborough in 1932. 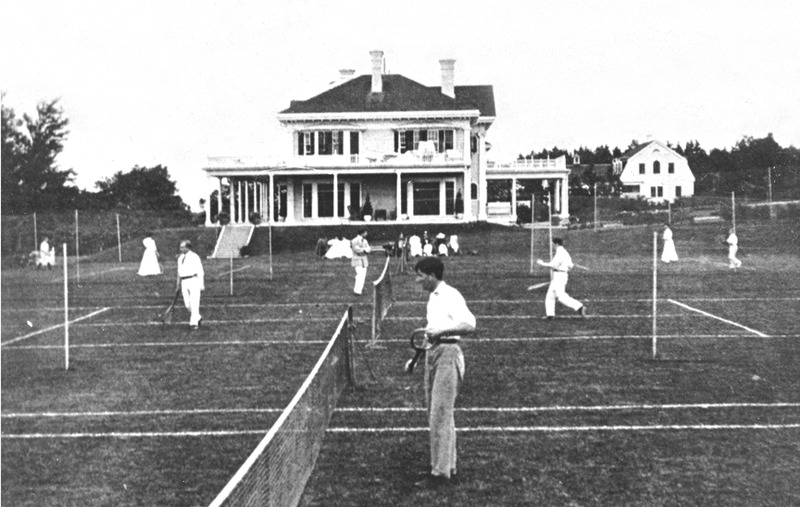 Tennis players at a Montrose Villa Tournament, around 1930.

Guests could play lawn tennis, stroll through the beautifully landscaped grounds, walk down shaded lanes or visit the beach.  Those who wished could play golf or attend the horse races in the village. 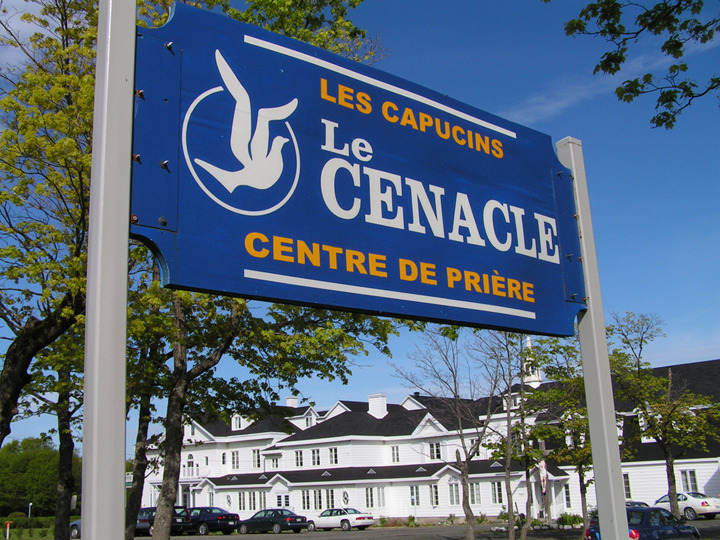 Monastery of the Capuchin Order of Franciscans (1941) and Maison de prière Le Cénacle  (1980).

In 1941, the Capuchin Order of Franciscans acquired Montrose, and established it as a monastery under the patronage of Saint Laurent de Brindes.
Since 1980, under the auspices of a new corporation, the Maison de prière Le Cénacle, the institution has remained a house of prayer and renewal for all those in search of peace and inner healing.

Villas of the western area of Cacouna 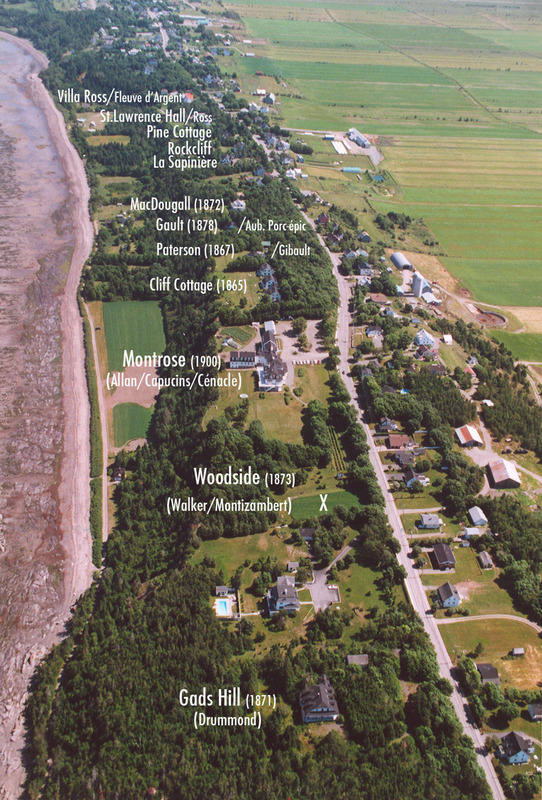 Aerial view localizing villas of the western area of Cacouna.

In 1873, next to Cliff Cottage (1865) and Montrose (1900) area, Mrs. William Walker, widow of a member of the Legislative Council of Lower Canada, had a stately summer residence, named Woodside, built for her family.  Her daughter, Mary Jane, was the wife of Frederick Montizambert, who was appointed chief physician of the quarantine operations on Grosse-Ile in 1869. The residence was destroyed in 2012.

Two years earlier, in 1871, Gads Hill, the summer residence of Sir George A. Drummond, had been constructed on a nearby terrain a little to the west. The highly influential Senator Drummond, cofounder of the Canada Sugar Refining Company, was also President of the Bank of Montreal and on the board of directors of several companies. 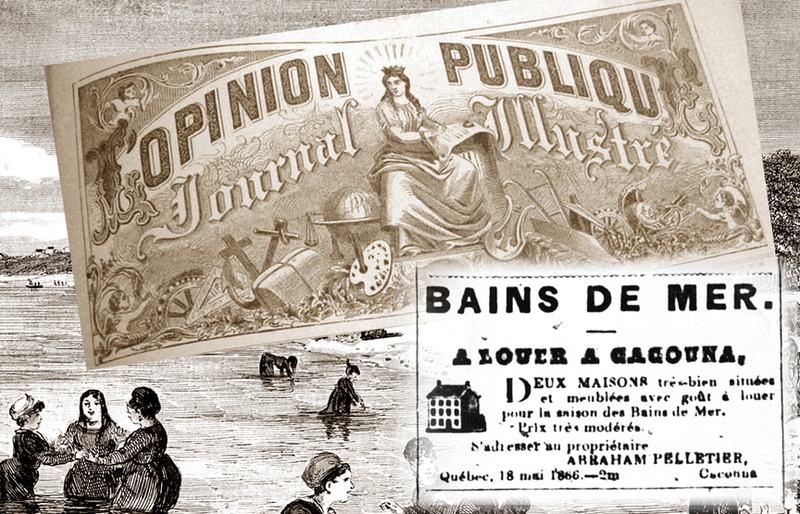 Another summer resident, Dr. George W. Campbell, was a respected surgeon and Dean of the McGill College School of Medicine from 1860 to 1882.   According to the September 1870 edition of L'Opinion publique, the account of his wife's recovery following a stay in Cacouna in the 1840's led to its popularity as a seaside resort.  Although some of these summer homes are built within the limits of the parish of Saint-Patrice, their owners were drawn to the area by the prospect of spending “the bathing season” in Cacouna.