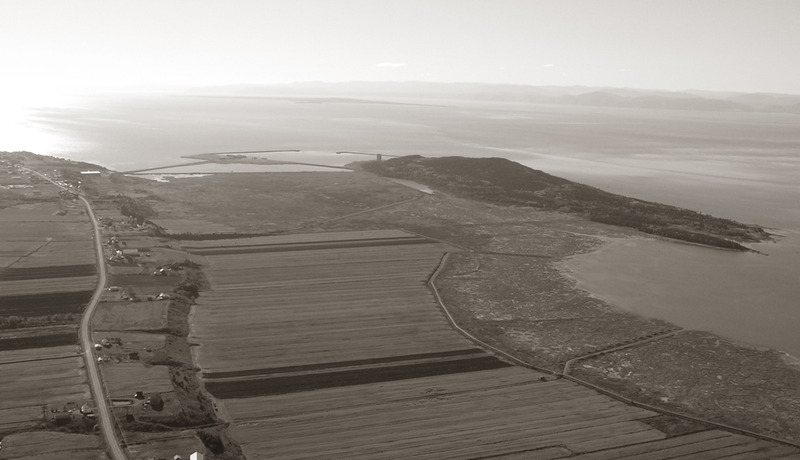 Aerial view of the eastern part of Gros-Cacouna today, place of temporary installation for the first newcomers, and the neighbouring lands.

In order to escape deportation, Acadian families fleeing their villages travelled great distances through forests before reaching the banks of the St. Lawrence River. A first group of families arrived towards the end of 1758 and took up residence for the winter in fishermen’s huts on the Isle de Cacona, before continuing on their way. 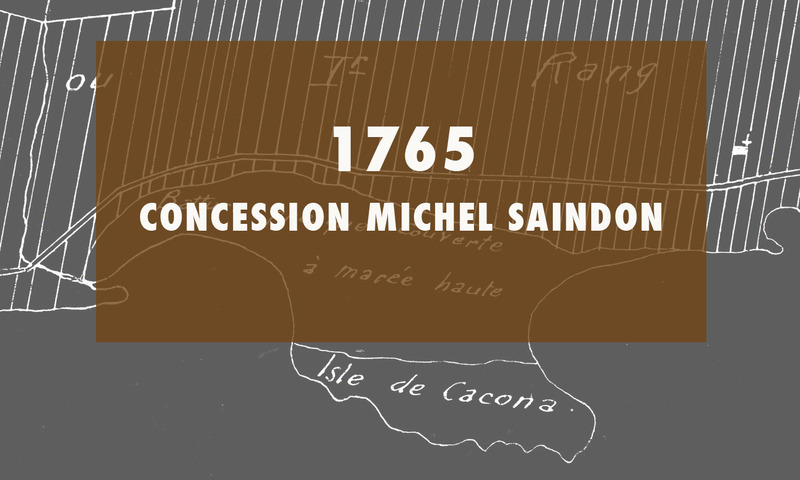 Location of the establishment of the first families (1763), detail from a plan of the seigneury of Rivière-du-Loup.

In 1763, the Saindon, Godin, Bergeron and Guichard families took the same road of exile as the first deported Acadian families. They stopped at the same place and decided to settle there. At first, these ‘squatters’ built temporary shelters before being granted lands in the LeParc seigneury.

The bank facing the Isle de Cacona (Gros-Cacouna), was the first land to be cleared. In 1765, the Acadian Michel Saindon was allocated a concession of eleven arpens of frontage by forty arpens deep on the bank of the river, by Isaac Warden, representative of the Seigneur of Rivière-du-Loup. 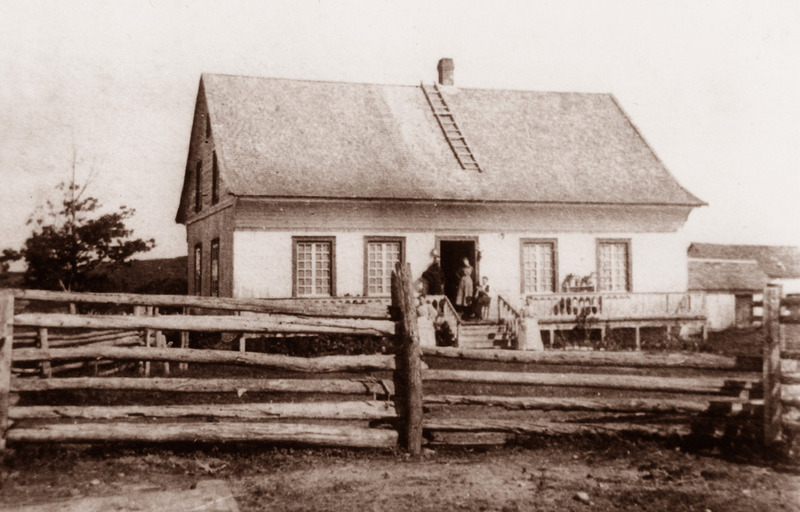 Residence built by the Acadian Michel Saindon, first notary in the region.

After settling, he worked as a merchant and surveyor, but most importantly as a notary for the territory extending from Kamouraska to Rimouski. Between 1769 and 1780, he drew up almost 600 contracts for the first inhabitants of the area. When he died in 1780, half of his concession and his residence passed to his son Jean and, from 1789, the house was used as a house-chapel until the first church was built in 1809. Having been built on the path along the tidal flats bordering the river, the house was taken down and its length reduced, to be rehoused on the hill around 1795.

Seven Generations of Saindons and Sirois 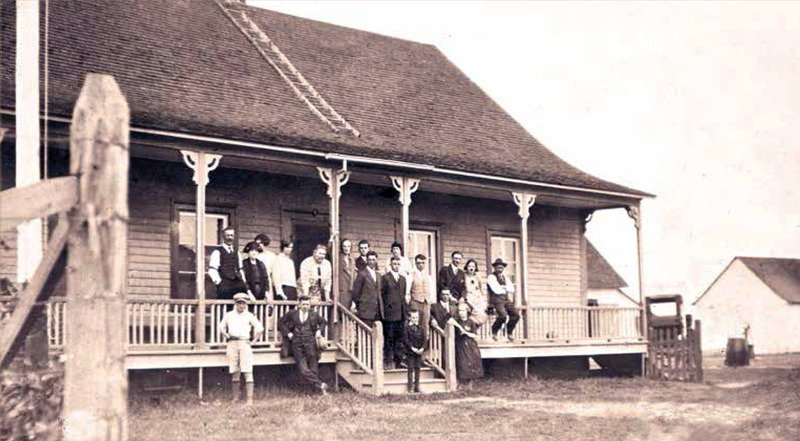 The Saindon house after being moved with the farmer Émile Sirois and his family and relatives, circa 1930, on the veranda.

The first chemin Royal (Royal Road) was officially created in 1798 and relocated in 1844 to become the chemin des Côtes (Hill’s Road). In the meantime, the Saindon house was moved yet again along the chemin des Côtes (today, the rue du Patrimoine). Over the years, this house would accommodate three generations of the Saindon family. After the marriage of Suzanne, only daughter of Jean Saindon, to Jean-François, son of the militia captain Pierre Sirois, five generations of the Sirois family succeeded them.