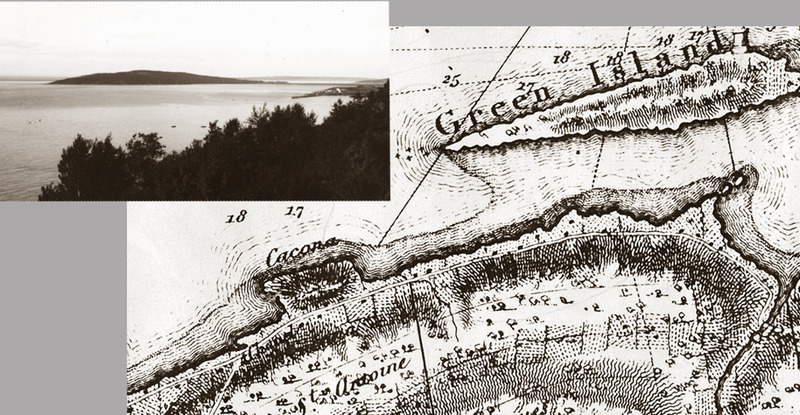 Yesterday an island, today a peninsula, the Gros-Cacouna area has a long history of being a natural place of anchorage.

In the 19th century, the site of the Port of Gros-Cacouna along with the île Verte channel were well-known anchorage points for sailing ships when the Seaway channel used the south channel of the St. Lawrence River. In those days, navigating sailing ships was not always easy with the strong northeasterly wind or a headwind or when the tides were against one. The pilots would therefore anchor their vessels behind the islands and islets of Kakouna, in a harbour where ships berth and usually drop anchor to avoid the dangers of the sea. 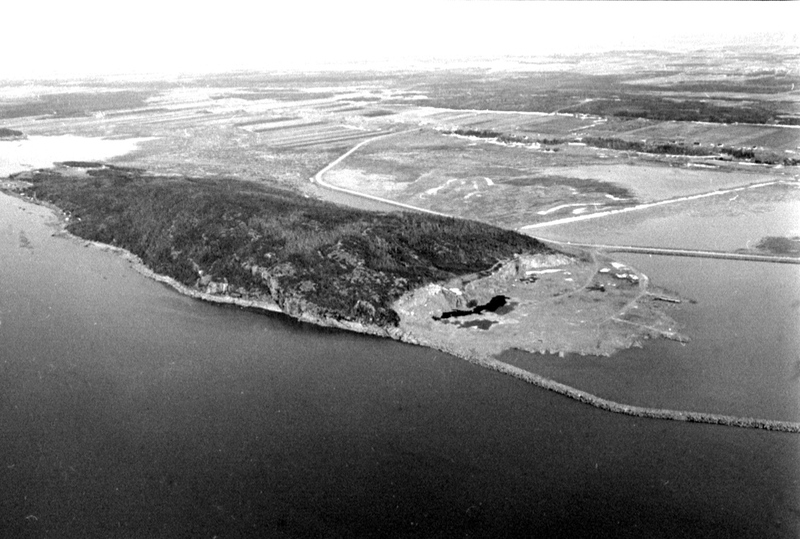 Waiting for the next vessel.

In the middle of the 20th century, the privileged position of the Gros-Cacouna peninsula and the proximity of deep water were taken into consideration for a project for a new port. Starting in 1957, numerous discussions took place between people of the community, which led to studies of the area being carried out by the federal government. Budgets were voted on and finally work was undertaken in 1964. The bay of the port was dredged and the stone necessary for the construction of a breakwater was extracted from the cliff. The port, however, remained unfinished for several years following uncertainties concerning its vocation and location.

In 1972, there was talk of converting the port into an oil terminal. Finally, the project became the subject of a political issue. Three years later, the government of Quebec, with Robert Bourassa, and Jeanne Sauvé in Ottawa pledged their support. Work recommenced to install a quay and construct storage. Hence in 1980, Gros-Cacouna welcomed its first vessel, Le Bellea, which had come to collect a cargo of newsprint. 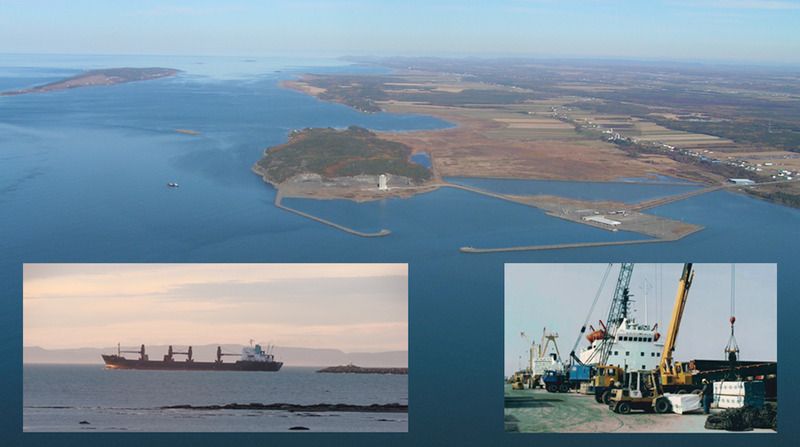 Aerial view of the port and its surroundings (2006). Vessel leaving the port, seen from the village. Operations in the loading dock.

Since the arrival of the first vessel, the BELLEA, in January 1980, the four decades that the port has been used have brought many fluctuations, both in the diversity of transshipped goods and the number of vessels, with the tonnage reaching a summit in 1990. The quantity of transshipped goods, particularly forest products and pulp, subsequently decreased substantially after the end of the millennium. These products were partly replaced by cement, exported towards the Great Lakes region and the United States of America; de-icing salt from the Îles de la Madeleine (Magdalen Islands); and various metal products.

Since 2005, the port has often been used for the transshipping of numerous parts for wind turbines.