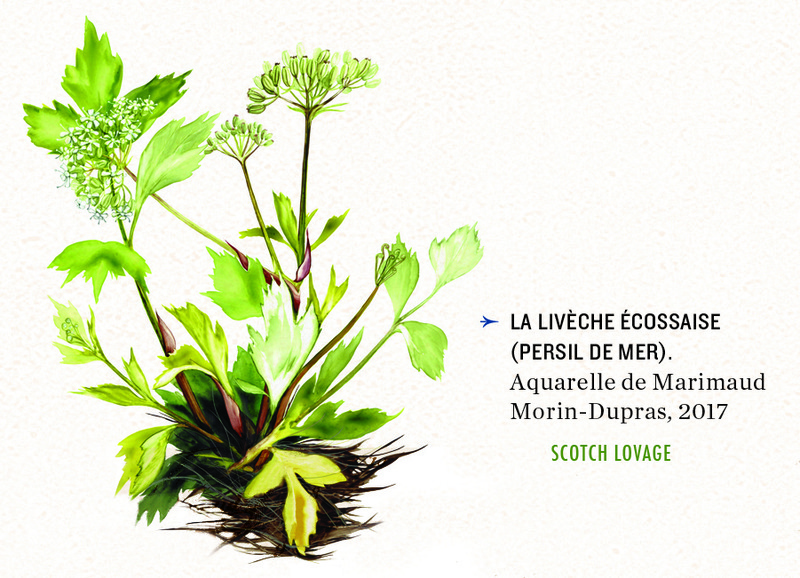 Along the St. Lawrence River, certain places were identified with a name characteristic of their environment. On the rocky point on the horizon, sea parsley grew in abundance. This plant is what led to the naming of Pointe au Persil with the anse (cove) extending from it (Anse au Persil). The name Pointe Percy was officially written on a map of 1766, illustrating the territories (fiefdoms) granted to the seigneur, James Murray.

The Cove and its Fisheries 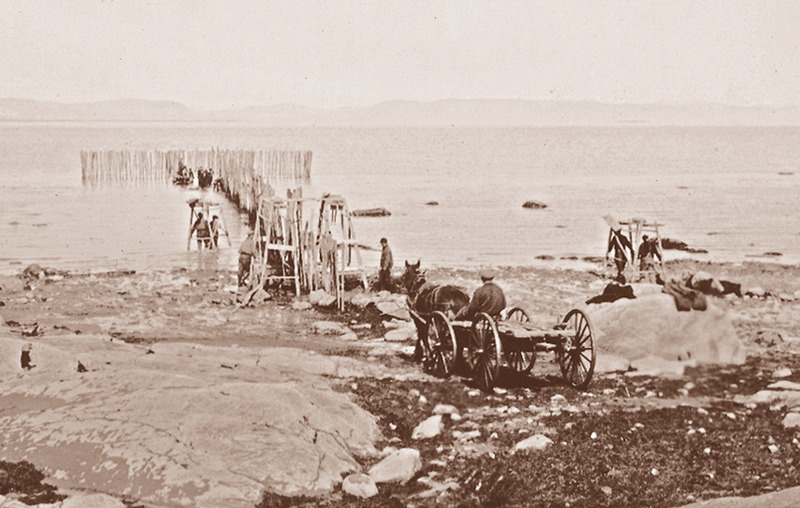 In the spring of 1930, men planted stakes for a fishing weir on the tidal flats of the Pointe of Rivière-du-Loup.

The ground property of Anse-au-Persil marks the separation between the seigneury of LeParc de Cacouna and that of la rivière du Loup. In 1765, a first concession was granted to Pierre Pominville. Other farming families from Kamouraska, the Lucas, Plourde, Gagnon, Lebel, Dionne, Soucy and Ouellet families cleared the ground and built their houses there. Near the Pointe, the tidal flats were suited to the installation of fishing weirs for small fish and of a bigger enclosure to capture white whales (belugas). During the first half of the 19th century, the farmers joined forces to plant an immense poled enclosure on the front of Jean-Baptiste Lucas’ land.

The Roads of the Cove 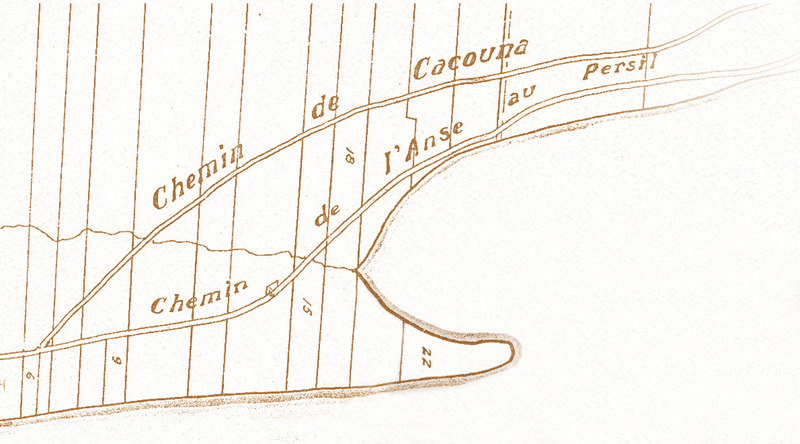 Today, the rue McKay, which passes along the bottom of the belvedere, was the first Chemin Royal (Royal Road) created in 1798 in the Anse au Persil to replace the old Kakouna portage trail. Before the road was moved in 1865, the innkeeper Jean-Baptiste Lucas, the pilot Pierre Bouchard, the navigator-merchant Damien Guay, and several farmers lived nearby. In 1825, travellers would stay at Lucas’ inn where he offered them 4 beds and 9 places for their horses. During that era, loaders filled the flanks of ocean vessels anchored offshore with planks from the Sir Henry J. Caldwell sawmill. During the loading, the ships’ captains boarded at the innkeeper’s while the sailors went there for a pint. 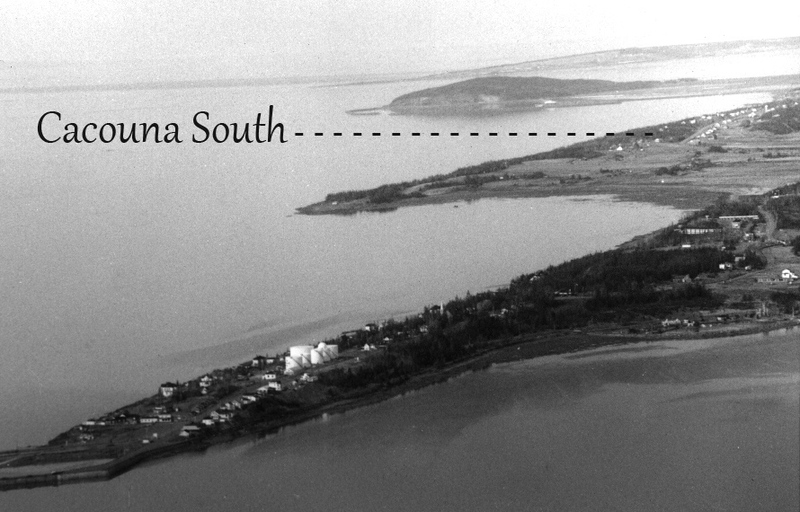 Having established themselves in the village, the summer people began building to the west, along the north side of the King's Highway.  Cottages and summer homes can be found all along this wooded hillside.  Some are old farmhouses that have been renovated, while others, more recent, were inspired by traditional local architecture.  Summer residences were often built in the Picturesque style, well-suited to their rural setting.

It was in 1865 that Johnston Thomson had the first cottage built in Anse au Persil, near the old chemin de Kakouna.  Two years later, Dr. George W. Campbell built himself a summer residence, followed by Mary Alice Hamilton in 1892.  Midway between these cottages and the Church of St. James the Apostle, Thomas McPherson Bryson built a cottage in 1871, while Charles Tuggey purchased a farmhouse in 1866.  Gads Hill, the summer residence of Sir George A. Drummond, was constructed in 1871, not far from Cliff Cottage (1865).  It was flanked by Woodside (1873) and Montrose (1900).

For the most part, summer residents were merchants or businessmen, among them the highly influential Senator Drummond.  Founder of the Canada Sugar Refining Company, he was also President of the Bank of Montreal and on the board of directors of several companies. 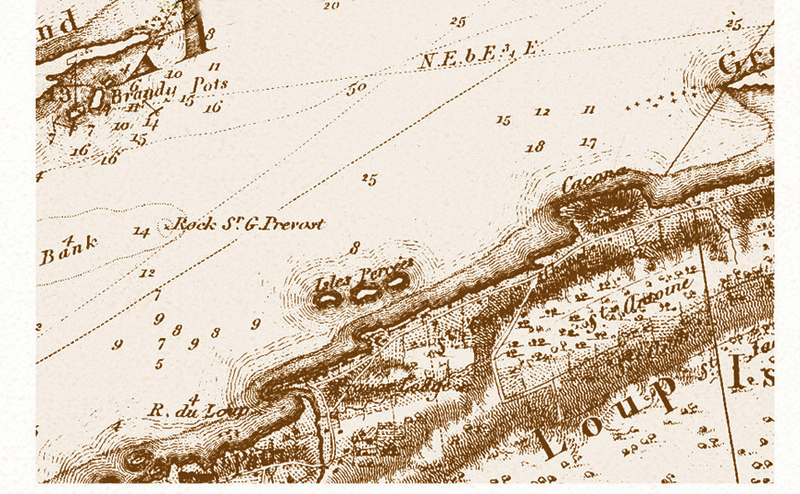 Enlargement of the map by surveyor Joseph Bouchette, published in 1815, showing the St. Lawrence River and its islands with the boundaries of the seigneuries of la rivière du Loup. The Isles Percées, also known as the Persil Rocks, can be seen there.

Near the Pointe au Persil and parallel to the shore, rocky islets restrict the south channel, the seaway used by all sailing vessels during the 19th century. During high tides, the rocky edges of the shale of the Rochers Percés almost completely disappear under water. More than one sailing ship has slammed into them, and even steamers with iron hulls have scraped against them. They caused a dozen maritime accidents including those of the schooner Esperence, in 1838, the steamer Unicorn in 1840, the square-rigged ship the Pocahontas in 1874, and the steamer Canopus in 1890.

Shipwreck of the Steamer Canada 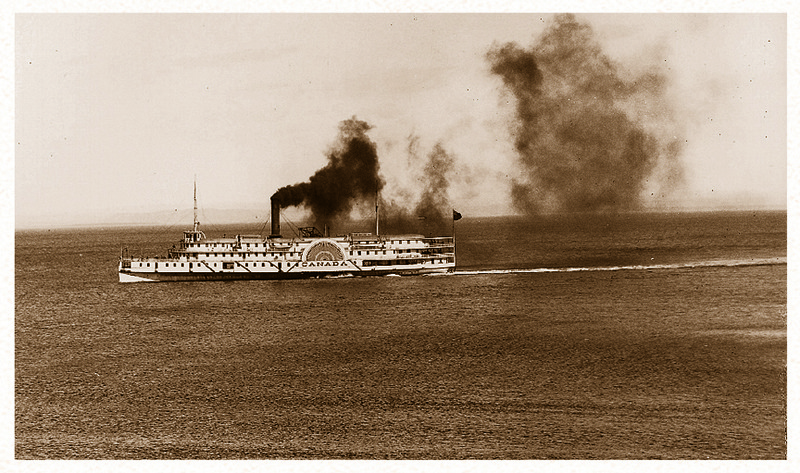 The most well-known shipwreck of the time was that of the steamer Canada of the Saguenay Line, in 1895.

On August 5, 1895, the steamer Canada was returning from Saguenay with passengers. Crossing from Tadoussac to the wharf at the Pointe, the dense fog diverted it towards the Rochers Percés  where it ran aground. Its slightly damaged hull let in a little water that the pumps could contain easily. However, it was necessary to wait for the next high tide for the ship to be released. During this time, the panicked passengers all wanted to disembark. A fleet of rowboats surrounded the vessel, which was both immobilized and inclined. Locals and vacationers from Cacouna set up a relay to take the travellers to shore. A few hours later, the paddle steamer could at last break free from its position. It finally made its way to the wharf at the Pointe to continue its voyage towards Québec.