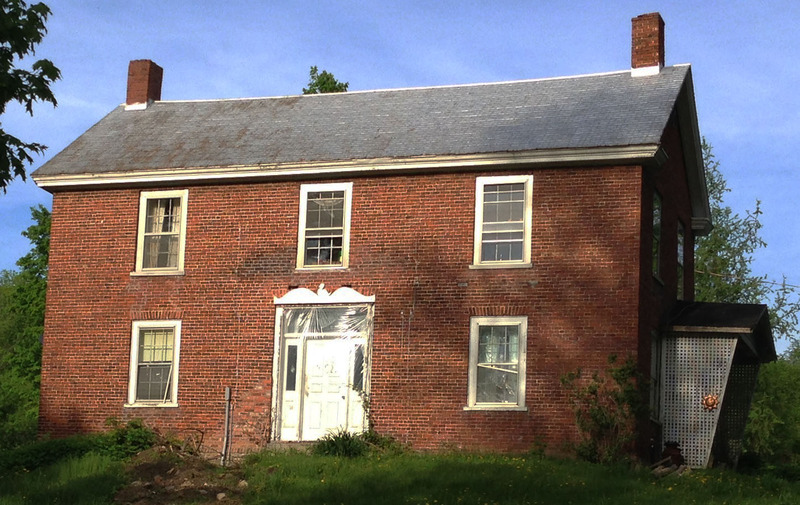 Here is another example of a Georgian style house built by a Loyalist family of Saint -Armand. This lovely home was built in 1850 by Garrett Sixby junior. Garrett senior, his father, born in 1751, is of English origin. He came to the reformed religion through his mother, Elsje Von Egmont, of Dutch origin. He was a colonel in the British army and lived in Albany, NY, before emigrating to Lower Canada in Philipsburg, during the 1780s.

Garrett Sr. quickly became a prominent member of the community and was selected as one of the trustees and administrators of our village’s Methodist chapel. His son Garrett Jr. built this house where he came to live with his wife, Letty Brill, and their children, some 15 years after their marriage.

The house then passed to their son Edmund who, on October 27, 1874, states in his will he bequeaths it to his brother Garrett III. It should be noted that just as the Montgomery house, it is still owned by descendants of Garrett Sixby Sr .

The Sixby house has many features of the Georgian style: it is a two-story rectangle, made of brick, two-room deep, with a centered door, adorned by a kind of wooden volute, the only decoration on a facade which, without being austere, offers a look of strength, symmetry and simple rationality. With its two chimneys placed on either side, this building epitomizes the Georgian architectural vocabulary.
Get directions
QR code