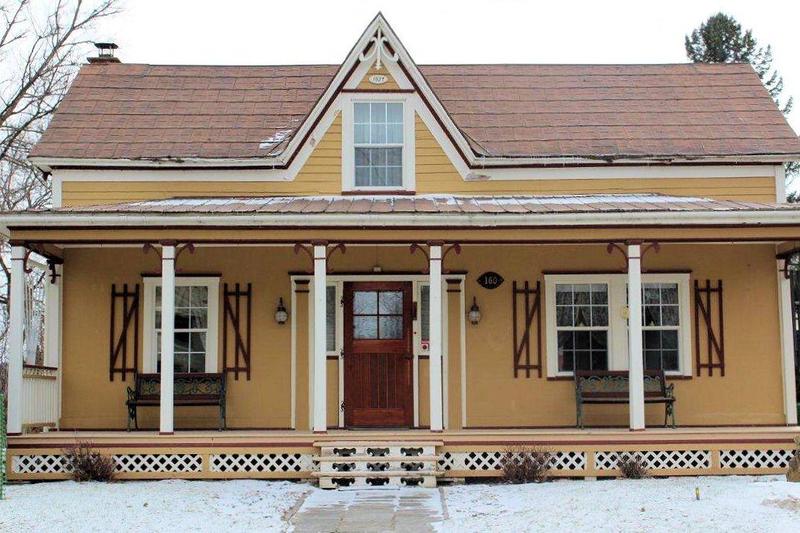 There are many reasons why this house is interesting. First of all, it was built in 1827, as witnessed both by the municipal property tax roll and the inscription on the facade. This makes it the second oldest still inhabited home in Saint-Armand, after the Canadien style house on Quinn street (1823)

It is also the house of one of the very first families of Loyalists who arrived here right after the end of the American Independance War. Its first owner and builder is John R. Hogle. He was born in Albany in 1761 in what was then the Province of New York, one of the British colonies of New England, now the State of New York.

John’s father, Francis, enrolled in 1781 on the British side of the War of Independance. He became captain of the Queen’s Loyal Rangers. Expulsed from the United States by the American Congress for having fought on the « wrong » side, Francis and his family were taken to the Sorel refugee camp. John lived there until 1787, the year he arrived here in Saint-Armand.

John lived in this house along with his wife Elizabeth and their children. He bequeathed the house to his son William Francis who in turn left it as inheritance to his own daughter Roxana. She was the wife of one of the first French Canadians who lived here, Joseph Cadorette, a worker for the Saint-Armand wharf. She sold the house to her cousin Lewis S. Hogle in 1886.

The Hogle house is in the « Carpenter Gothic » style. The main features of this style are the gable facade and the porch with its overhanging eave. There are a large number of these houses in New England and in the Eastern Townships and they influenced the style of many homes elsewhere in Québec.
Get directions
QR code